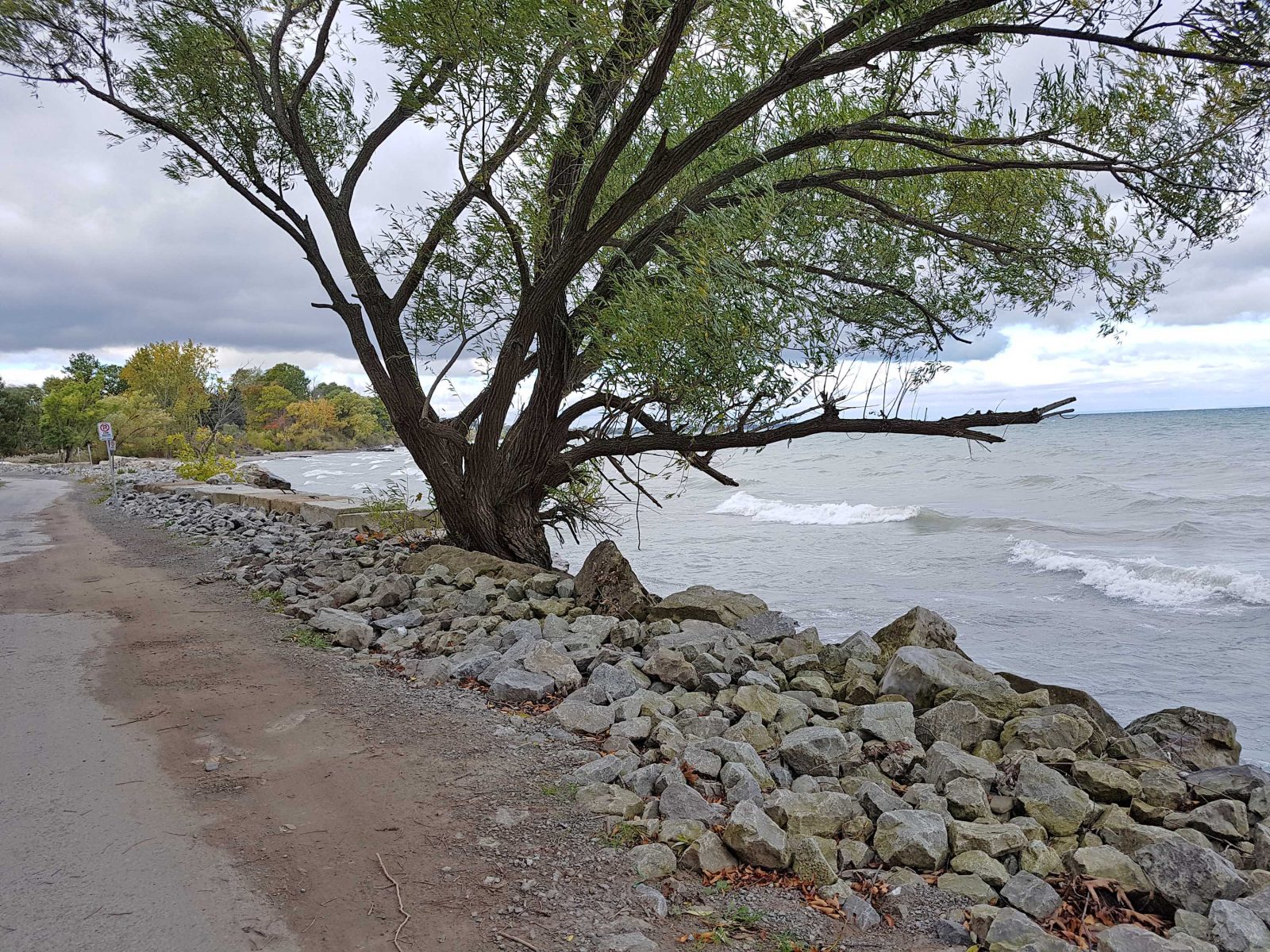 The Town of Lincoln sustained nearly $1 million in damage from spring storms in 2017.

Record-high lake levels led to devastating flood damage in Great Lakes coastal communities in 2017, but in the two years since, little has changed.

Brock University Professor of Biology and UNESCO Chair in Community Sustainability Liette Vasseur said those communities are in for serious flooding this year.

And she says despite knowing it was coming, our complacency as a society has meant that we’re not only ill-prepared, but we’ve made things worse on ourselves.

“The pragmatism people have is that it’s all about today. Nobody thinks about the future,” she said. “We knew this was going to happen. All the signs were there.”

Vasseur is an internationally recognized expert in the field of coastal flooding and climate change adaptation and is currently leading a research project examining the impacts of the 2017 flooding and what could have been done to change the outcomes.

Vasseur said the explanation can be found in a number of areas such as the control level plan for the Great Lakes and heavy snowfall and spring rainfall for some regions, but she said the decisions of municipalities and residents are having a major impact.

“There are climate drivers, but what doesn’t help is the fact that people are building close to rivers and lakes,” she said. “These are dynamic systems. The human component is very important. You remove wetlands and pave over other areas so with heavy rainfall, the water has to go somewhere else.”

Vasseur said even after the devastating floods two years ago, municipalities have continued to allow projects to be built in these sensitive areas.

“It’s quite obvious to me that we didn’t learn the lessons,” she said.

Vasseur’s recommendation is for residents living near coastlines to invest in waterproofing measures, and for municipalities to start creating buffer zones along rivers and lakes. Adaptation measures are badly needed. For some, it may even be to move from their residence, she said.

While those steps won’t stop the effects of climate change, they will at least help to lessen the impact on communities and infrastructure.

“We need to start bringing more of the natural components that can help with these storms like recreating wetlands and marshes,” she said.