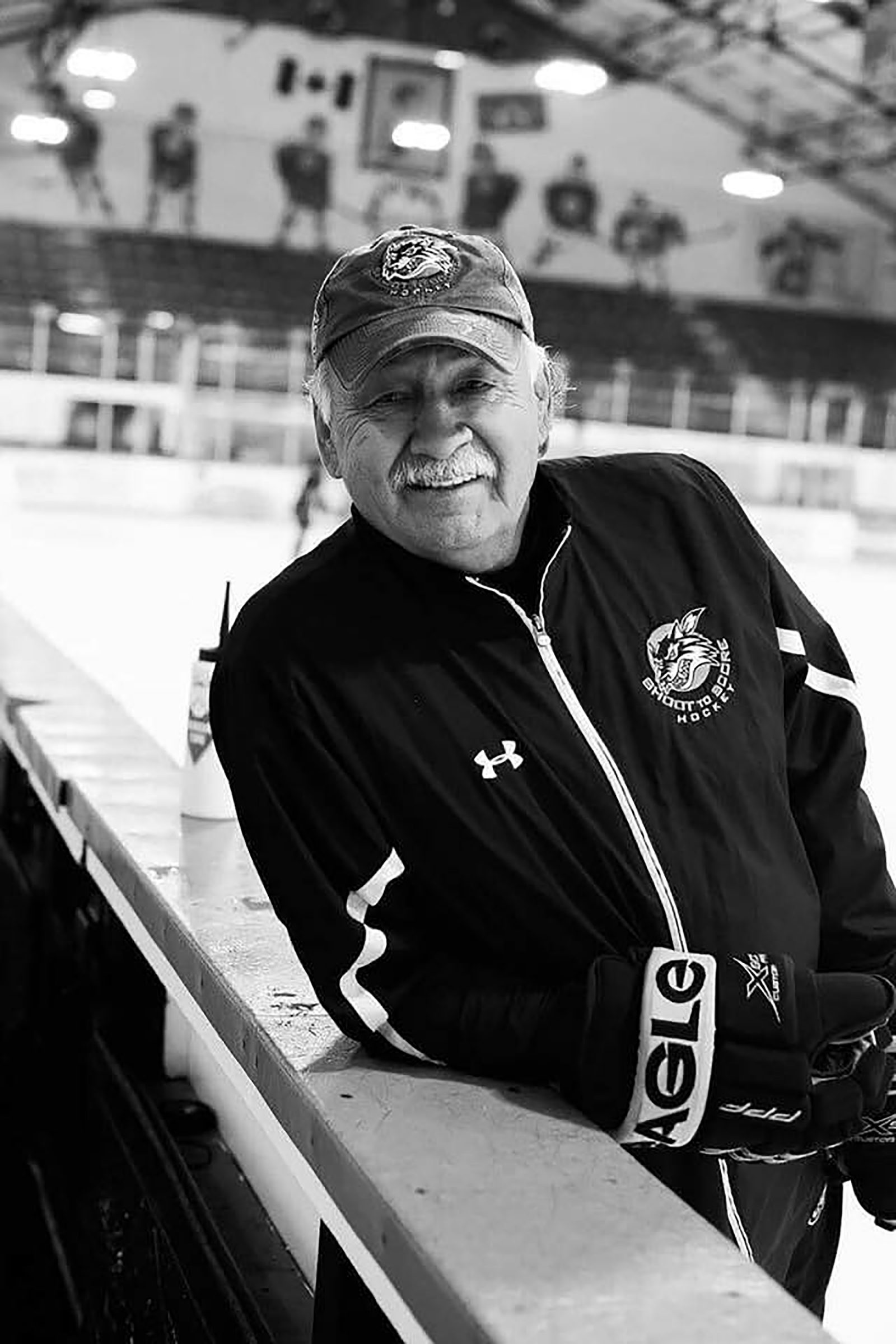 Reggie Leach, a Stanley Cup-winning retired hockey player who now works with Indigenous youth, will be honoured with an honorary doctorate from Brock University on Monday, June 10 during the opening ceremony of Spring Convocation.

Reggie Leach played 13 years in the National Hockey League, won a Stanley Cup and is one of the most prolific goal scorers in Philadelphia Flyers history. But if you ask him what his greatest accomplishment in life is, he’ll tell you it’s the work he’s done encouraging Indigenous youth to make smarter choices than he did.

On Monday, June 10, the Riverton Rifle, as he’s known in hockey circles, will receive an honorary doctorate and give the Convocation address during the opening ceremony of Brock University’s Spring Convocation.

This year’s Spring Convocation will include nine ceremonies over five days from June 10 to 14 in the Ian D. Beddis Gymnasium at Brock University’s Walker Sports Complex. Ceremonies will take place at 10 a.m. and 2:30 p.m. each day except for Friday, June 14, when only a morning ceremony is scheduled.

“It’s quite an honour,” said Leach, who is of Ojibwe descent and a member of Berens River First Nation in Manitoba. “The things I have done over the years since I retired are about giving back and steering people in the right direction.

“I try to explain to kids about the mistakes I made as a teenager and young adult. It’s our responsibility to guide these young people in the right direction,” he said.

Leach now lives on Manitoulin Island, but it was during his time as a teammate of Bobby Clarke while playing with the Flin Flon Saskatchewan Bombers that his star first began to shine. After a stellar junior career, he was drafted by the Boston Bruins and played there and with the California Golden Seals before being traded to Philadelphia, the defending Stanley Cup champions, in 1974.

Leach helped the Flyers successfully defend their Stanley Cup championship in 1975, and nearly again in 1976, but they were beaten by the Montreal Canadiens. Despite the loss, Leach was awarded the Conn Smythe Trophy as the playoff MVP after a season that saw him set Philadelphia’s all-time single-season scoring record of 61 goals, a mark that still remains today.

Leach was an NHL All-Star in 1976 and 1980, and was inducted into the Philadelphia Flyers, Manitoba Hockey and Manitoba Sports halls of fame. He was a recipient of an Indspire Award in 2008 and was named to the Order of Manitoba in 2016.

Today, Leach is a motivational speaker and plans to encourage the Brock University graduands to make the most of their lives.

“Life today is all choices,” he said. “For young graduates going into this big, big world, remember why you went to university. Keep that focus going in the right direction.”

He said young people today need to remember the power they hold to change lives.

“My biggest thing is to be kind and gentle to everyone. Treat everyone the way you want to be treated,” he said.

Friday, June 14 (10 a.m. only): Faculty of Humanities; Faculty of Math and Science

Convocation ceremonies are open to the public and tickets are not required. A reception for graduates, family and guests will follow each ceremony. Those unable to attend can watch a broadcast of each ceremony at brocku.ca/livestream