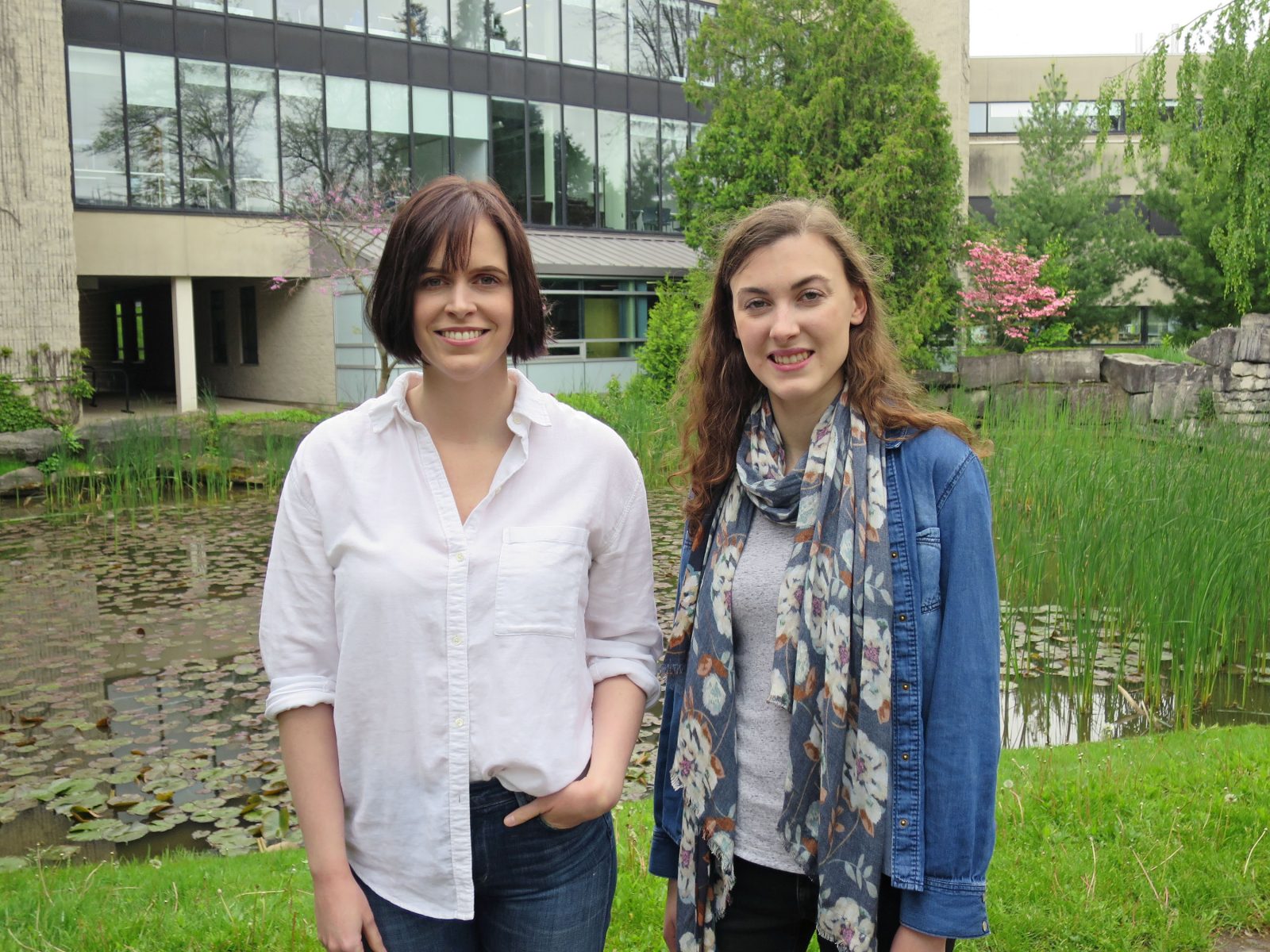 When asked to explain their research in a video that anyone from age seven to 77 would understand, Emily Ham and Sarah Walker rose to the occasion.

The Brock University graduate students ran with the challenge, creating videos that earned them second and third place overall in the Natural Sciences and Engineering Research Council of Canada’s (NSERC) Science Action! contest.

The national competition, which included entries from student researchers across the country, is, in a sense, like a virtual science fair.

Participants made 60-second videos of their NSERC-funded research projects, explaining them in plain language that people with no prior knowledge of their discipline would understand.

Ham, a second-year Earth Sciences master’s student who placed second in the competition, said she was shocked and thrilled when she learned she had made the Top 3.

Her video showcased her research on microplastics and the potential threats they cause to aquatic life. By testing local wastewater, stream water and agricultural soil samples in Niagara, her work found that microplastics are widespread in the region.

“One of the most important aspects of science is communicating your results to the public,” Ham said. “Participating in this competition presented an opportunity and challenge for me to communicate my research in a creative format, which was a fun exercise to undertake.”

Ham turned to her nine-year-old sister to test the effectiveness of her video.

“She didn’t shy away from telling me what she didn’t like and what words she didn’t understand,” Ham said.

Ham hopes her research will help inform individuals and municipalities on the impact that water treatment and agricultural practices have on the distribution and accumulation of microplastics.

“For my research, it was important for me to communicate the bigger-picture aspects of microplastics in aquatic systems and inform viewers that this problem is not just occurring in other parts of the world but is just as widespread in the Niagara region,” she said. “My hope is that this video will encourage viewers to think about the impact of their plastic use on the environment. This doesn’t mean eliminate plastics altogether, but simply reduce waste and be more conscious of what we are consuming.”

Walker, a PhD candidate in Biology, placed third overall in the competition for her video about neuronal regeneration in the central nervous system of the pond snail, Lymnaea stagnalis.

Unlike humans, the snail can regenerate cells within its brain as an adult, making it a great system to investigate how regeneration works.

“I’m deeply grateful and humbled that NSERC and its panel of judges chose my video as one of its Top 3 finalists,” Walker said. “In hosting this competition, NSERC has provided an important opportunity for young scientists to promote basic research and to communicate their work to the public.

“This competition has allowed us to showcase some of the really important questions that are being answered in laboratories, while also showing the world that research matters.”

“We are extremely pleased that two Brock graduate students are among the Top 3 of the Science Action! contest,” she said. “Their achievements recognize the quality of graduate research undertaken at Brock and reflect the supports we provide that help students develop excellent knowledge translation skills.”

Alongside supervisor expertise and guidance, these skills assist in rounding out graduate education at Brock, Dupont said. “Together, they lead to an exceptional student experience.”

Dupont offered her congratulations to Walker and Ham.

“I encourage potential graduate students to follow in their footsteps and take advantage of the research opportunities and the broader suites of professional development supports offered at Brock,” she said.