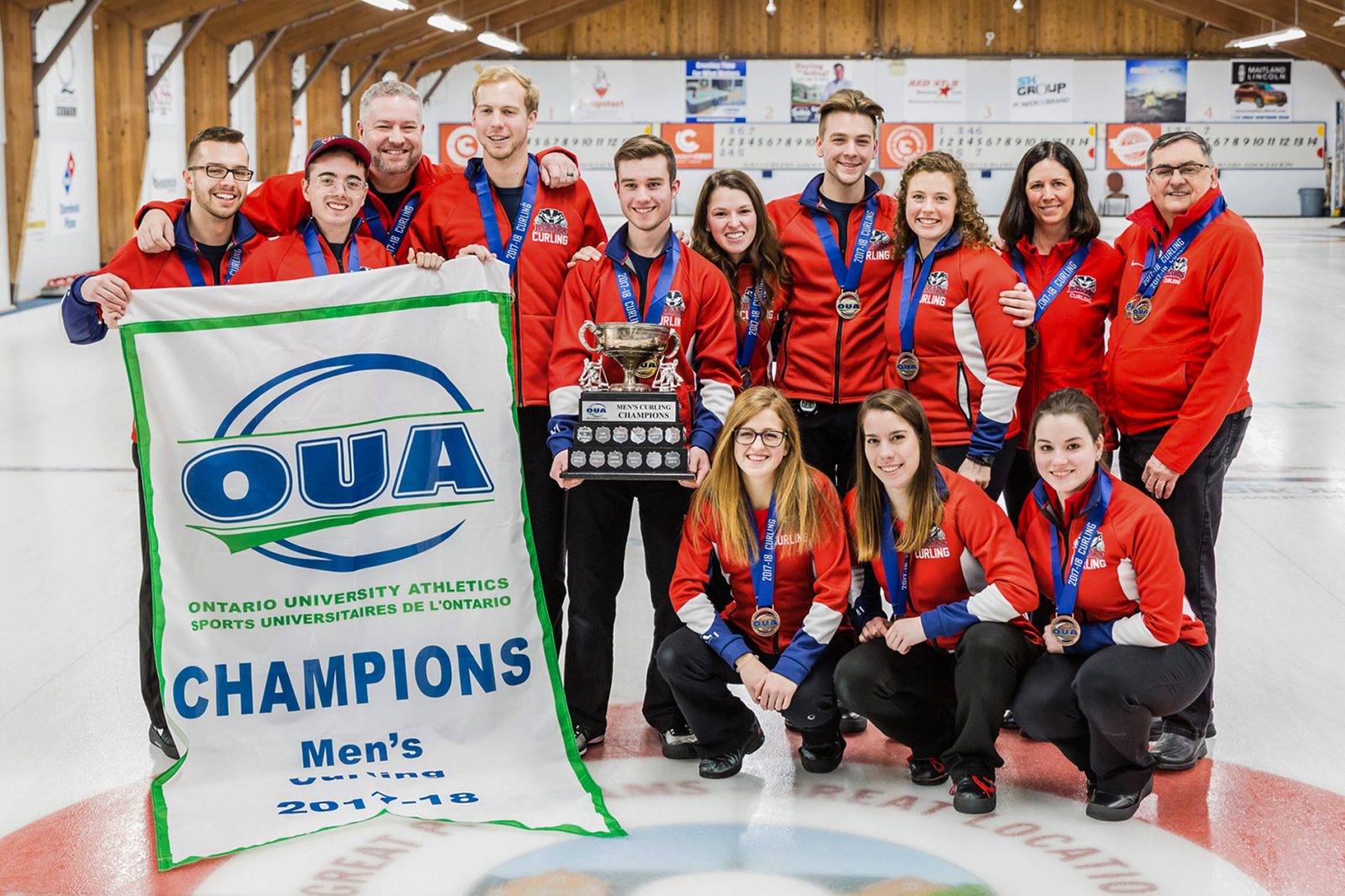 After 10 years at the helm of the Brock curling program, head coach Murray Etherington (far right) is retiring.

After an illustrious career at the helm of the Brock Badgers curling program, Murray Etherington has announced his retirement.

“My time at Brock has been the greatest. I have been so fortunate to have met so many terrific people,” said Etherington, who guided the Badgers to numerous national and provincial medals during his 10 years at the University.

“I always encourage our curlers to take advantage of opportunities that sport and life presents them. I am so glad that I took advantage of the opportunity to become a Brock Badger. These 10 seasons have given me a lifetime of memories,” he said.

Etherington put Brock curling on the map and elevated it to one of the top programs in the country.

Etherington got his start at Brock after receiving an email from a group of Brock curlers in 2009 informing him that their coach was not returning and asking if he would consider applying for the head coach position.

Etherington reached out to then Assistant Athletic Director Chris Critelli.

“I was a bit nervous on my way to the Walker Complex to meet with hers,” he said. “I was impressed as I drove through the campus and saw the size of Brock in general.”

The two hit it off and Etherington got the job.

“Murray’s a gentle soul and his calmness projects onto his teams,” said Critelli, who is also an avid curler. “He was always pushing for the men’s and women’s team to get better and if he didn’t know something, he went out of his way to learn. He is cutting edge.”

Etherington grew the program from two teams to four and added a total of six coaches. He drew up a five-year plan and sought advice from other Brock coaches on how to build a successful program.

“The program collected a few banners in the 70s, but it really didn’t take off until Murray stepped into the role,” Critelli said. “The sport also became popular at the same time he took over, so it was a competitive landscape and he navigated it perfectly in order for his team to succeed.”

In 2011, he was inducted into the Niagara Falls Sports Wall of Fame as a builder. The following season, an influx of curlers showed up to try out for the team.

“I know it’s cliché, but I truly enjoy helping people become better,” said Etherington. “To see someone improve over a season, accomplish something new in a practice and see the smile on their face is so great. My philosophy has always been to help my athletes set their goals, draw up a plan to achieve their goals and help them acquire the knowledge and skills to carry out their plan.”

In retirement, Etherington still plans to curl, but will travel during the winter months. He won’t stray far from coaching. He’s committed to mentoring U18 teams and coaches through Ontario Curling’s Next Gen Project and facilitating coaching workshops.

As the Badgers seek out a new head coach, Etherington is confident the program will maintain its high-level of success.

“Brock has a strong family-first culture,” he said. “With the current curlers that we have and the recruits coming this September and in the future, I can see the curling program winning more OUA and eventually some U SPORTS banners. The sky really is the limit for Brock curling.”