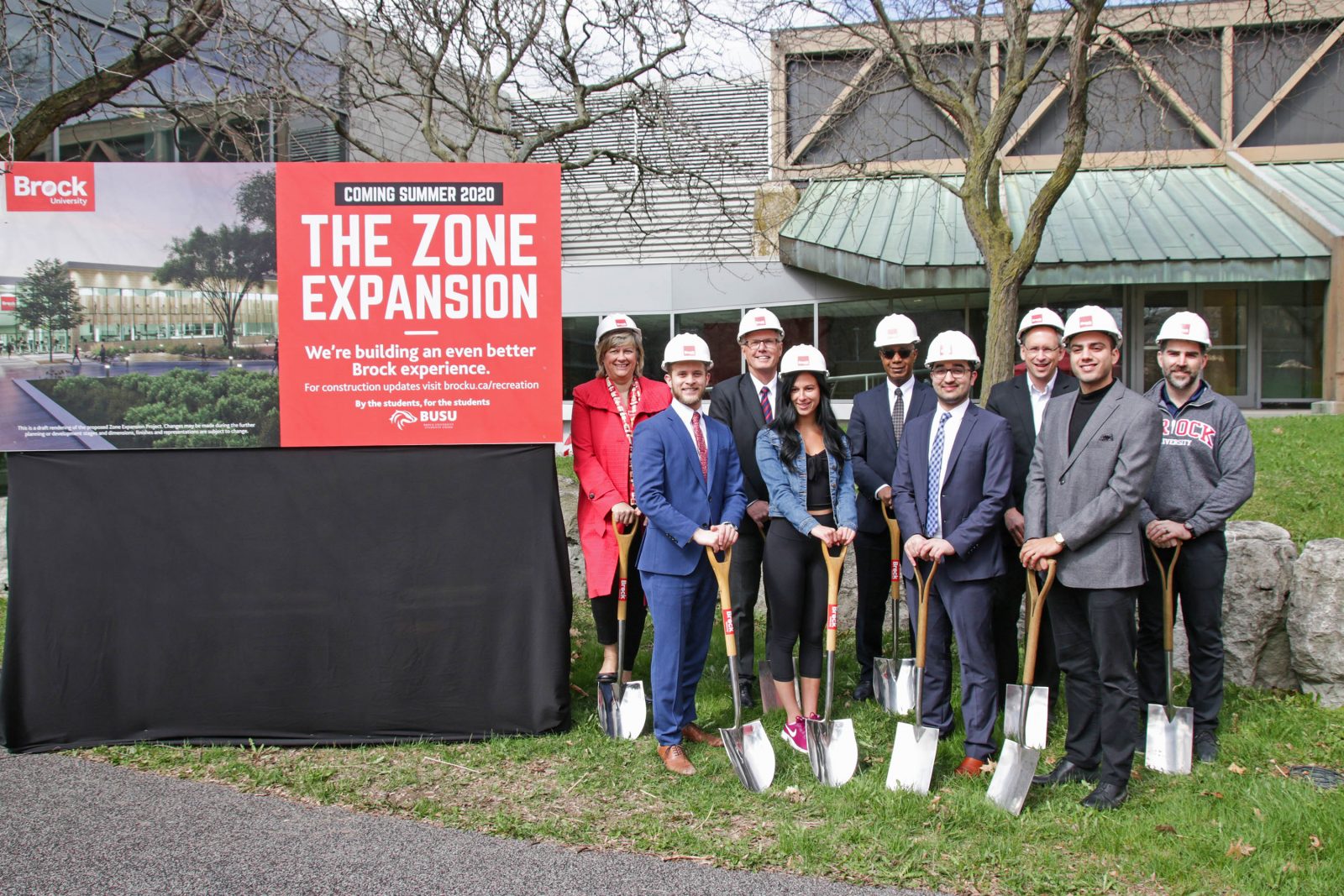 The Brock community came together April 24 to mark the groundbreaking of the Zone Fitness Centre project that will see the popular campus facility triple in size.

The fitness centre will shed the title as the smallest at any Ontario university when its footprint is increased to 15,500 square feet from 4,300 square feet. 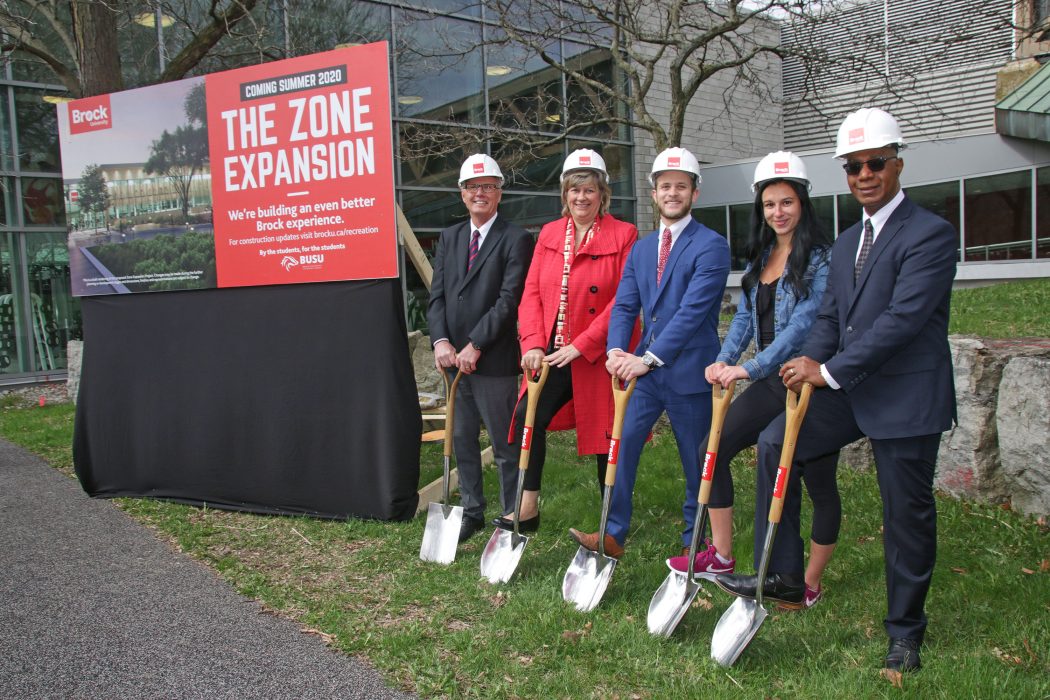 Consistently busy from morning to night, the Zone is often at capacity, requiring students to wait for their chance to exercise, said Karen McAllister-Kenny, Brock’s Director of Recreation Services.

She said the present facility opened in 2002, when the University had less than half of its current 19,000 enrolment.

“With the growth in student numbers and increased awareness of the importance of physical activity for both physical and mental health, expanding the Zone has become a crucial project for the entire Brock community,” she said.

Students voted last year to give the project, and its initial $6.8-million price tag, the green light. It will be funded through a $17-per-credit fee for all full- and part-time undergraduate students over a period of five years, starting in September 2020, when the expansion is completed.

“It is amazing to see what students are capable of when they’re afforded an opportunity to leave their community in a better state than what they initially found it in,” said Aidan Hibma, outgoing President of the Brock University Students’ Union (BUSU). “We are excited for what the future holds.”

Brock President Gervan Fearon praised BUSU’s executive team from last year and the current term for committing to a visionary project that will benefit students and the University community for decades to come.

“This is a direct investment in helping students achieve balance and success,” he said. “Fitness and personal health are directly linked to our mental well-being, self-esteem and confidence. Brock is working with our students today to build an even more successful student experience of tomorrow.”

The new facility is expected to give Brock a competitive edge when it comes to recruitment, said Brian Hutchings, Vice-President, Administration. When prospective students and their families visit campus, “they want to see where they will study, live and engage in recreational activities,” he said.

Hutchings credited BUSU for bringing the project to fruition.

“This has been a great partnership. The project has been for students, by students but also in collaboration with senior administration and management. This has success written all over it.”

The complex expansion, which takes place within the Walker Complex courtyard, will result in the temporary closure of the corridor between South Block and Scotiabank Hall. The courtyard offers no exterior access for construction vehicles and equipment, making the closure necessary to allow for work to be done in an efficient manner. Details on the closure will be announced in the coming weeks.