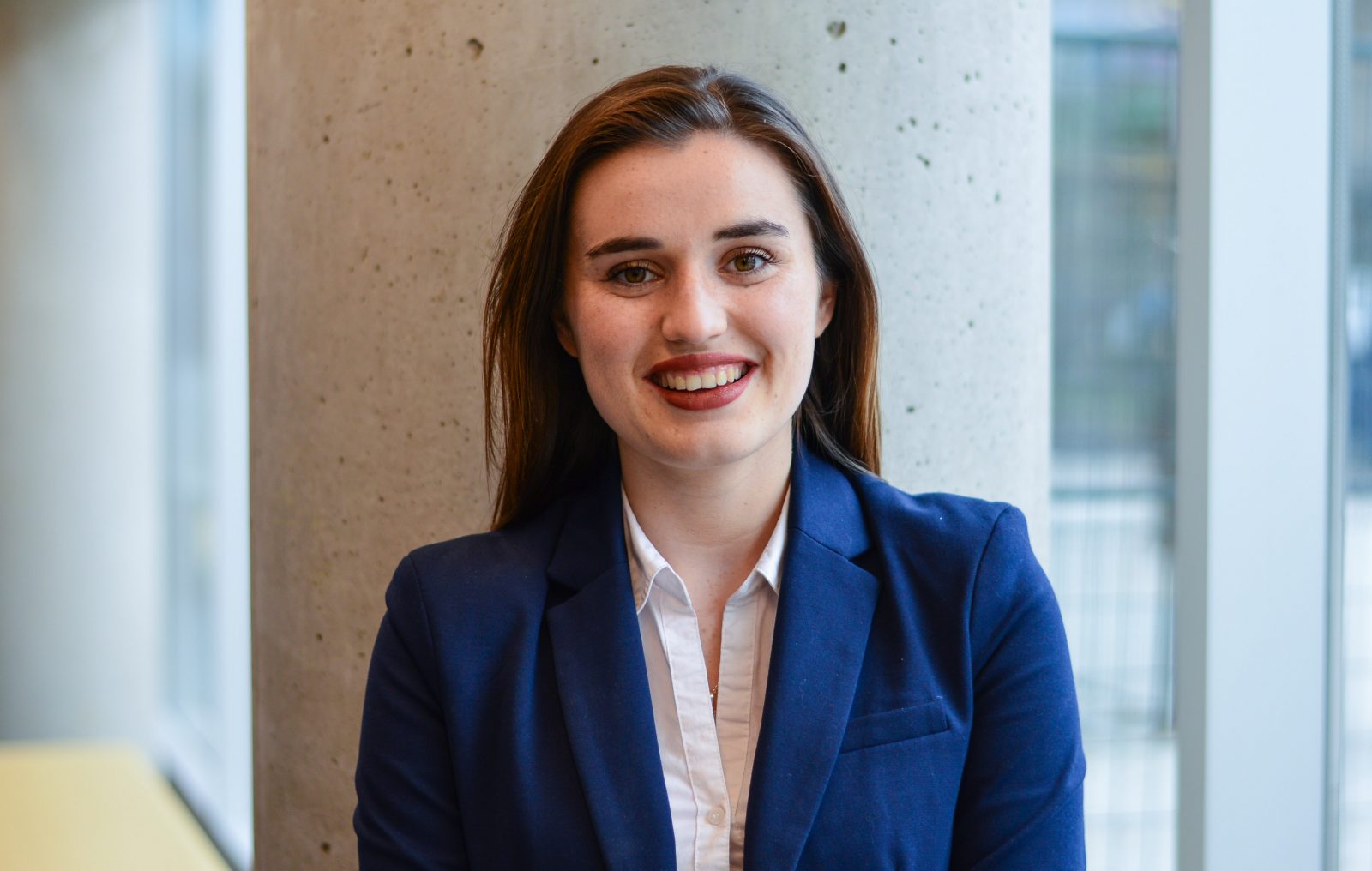 Sorcha Killian, a fourth-year double-degree student from Dublin City University in Ireland, was named the association’s All-Star Executive of the Year for her accomplishments as Vice-President of Corporate Relations with the Goodman Business Students’ Association (BSA).

The Canadian Association of Business Students also awarded the Brock Finance and Investment Group (BFIG) Club of the Year. 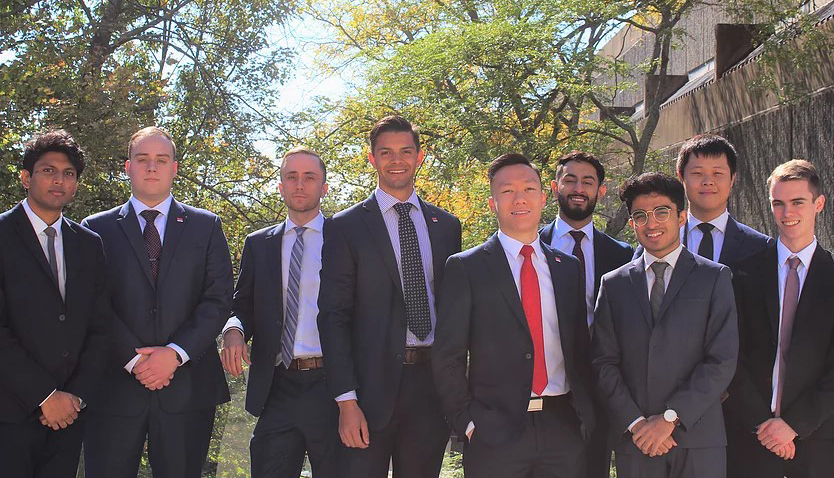 Killian’s award caps off two years in Canada in which the international student took advantage of every opportunity presented to her. During her term with the BSA, Killian transformed the organization’s corporate sponsorship structure, increasing funding for student events by 400 per cent, and securing multi-year partnerships with sponsors for the first time in BSA history.

“This award is fantastic as recognition but if I’m honest, it’s the friendships I’ve made within the BSA that are the true gift to me,” Killian said. “When I moved here, I was terrified of finding my place or home here. Throughout everything I’ve done, I’ve had the best people behind me and I couldn’t be more grateful for all of them.”

With her return to Ireland nearing, Killian wished for the same success for those following her in the role.

“I don’t want a legacy. I don’t want people to think that’s where the ball stops,” she said. “I want everyone who comes after me to be bigger, better and bolder.”

“Sorcha is a rockstar,” he said. “She is a cheerleader, the hardest worker, the most creative and the most willing to take calculated risks. Her leadership skills have blossomed this year and I cannot be prouder of her efforts and what she has accomplished.”

Killian’s achievement underscores the opportunities that lie on both sides of the double-degree program, noted Goodman Dean Andrew Gaudes.

“It speaks to our delivering a global experience that brings students from around the world into our school, and giving them the opportunity to participate fully in all the programs we offer inside and outside of the classroom,” Gaudes said.

Gihula also lauded BFIG President Bryan Haakman and the club for its ability to turn setbacks into opportunities this year, including creating faculty partnerships that changed the club’s fortunes after its student-run investment portfolio was no longer allowed to operate when government regulatory and tax changes came into place affecting similar clubs across the province.

Going forward, the club will work with faculty and a class to manage nearly 10 times the amount of money it previously held.

“One of the things that impressed me the most while watching BFIG operate was their drive for positioning the organization to succeed,” Gihula said. “Bryan and his team took it upon themselves to set that groundwork for years to come. It set them apart from the other clubs and made them an easy nomination for the CABS Club of the Year.”

Both Killian and the BFIG will be recognized at Goodman’s Student Success Celebration April 5.