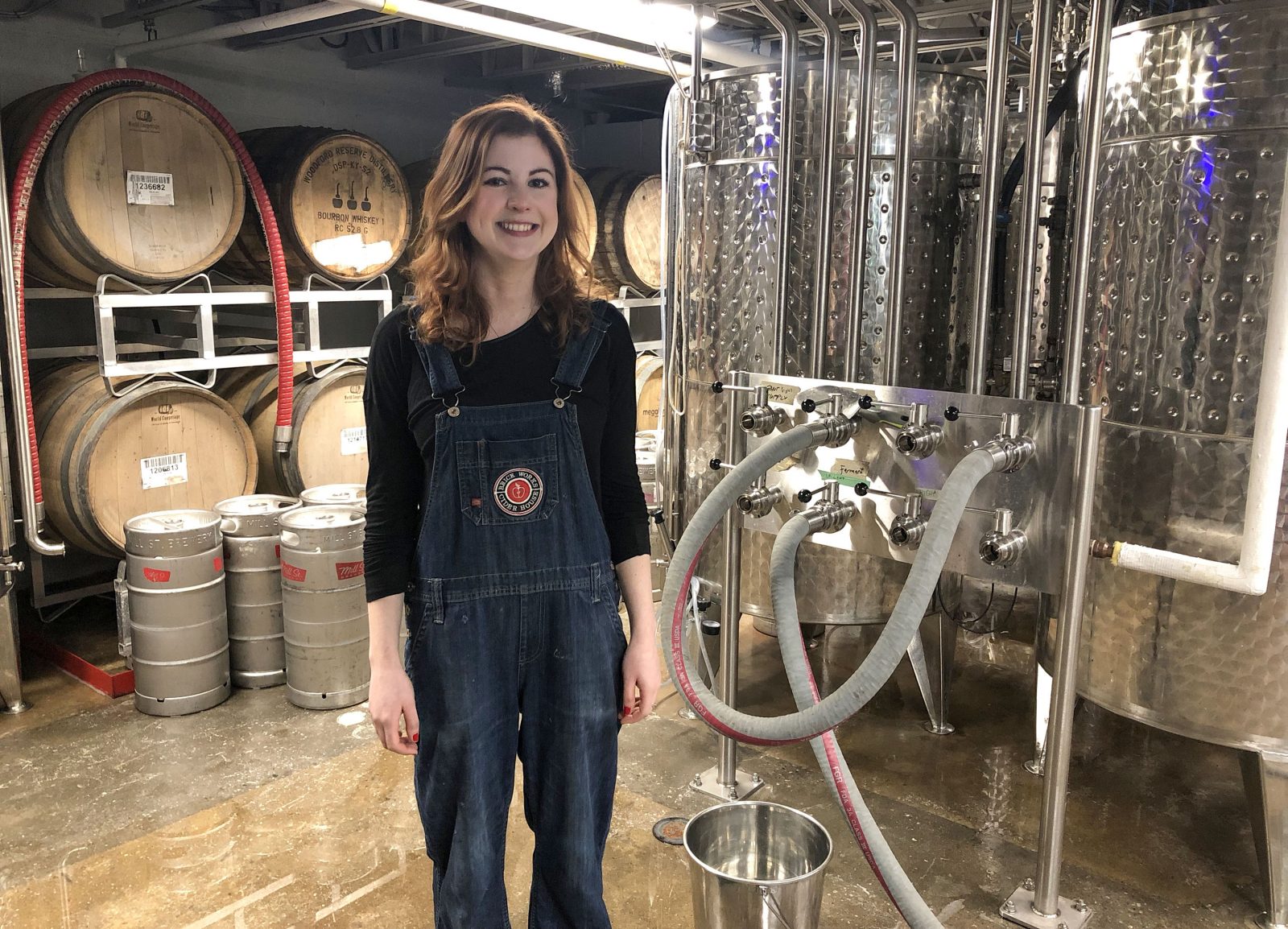 Brock alumna Emily Gillard, assistant cider maker at Brickworks Ciderhouse, spends much of her time in the cidery’s lab on Queen Street West in downtown Toronto.

In the basement lab of Brickworks Ciderhouse, among the shiny fermenters and wine barrels, you can often find Emily Gillard eagerly testing new recipes.

The 25-year-old Brock alumna (BSc ’15) is always in search of the next great mixture, having created 40 different ciders for the downtown Toronto cidery last year alone.

Gillard’s passion for the industry has not gone unnoticed. In February, she was honoured at the annual CiderCon conference in Chicago, where Brock University joined other Cider Institute of North America (CINA) program providers to announce new advanced-level courses. 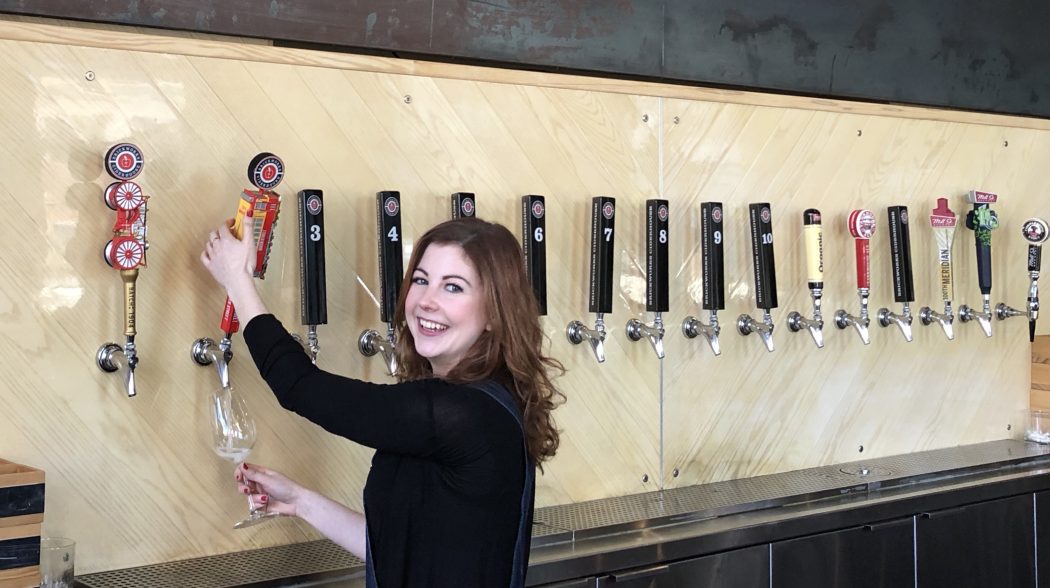 Gilliard received the inaugural Peter Mitchell award for educational excellence in cider production for her achievements in the CINA foundation-level certification course as well has her work at Brickworks. The foundation course was developed by Mitchell, an internationally recognized authority in cider who will teach an advanced course at Brock in June.

“It was an honour just to be nominated, then to win is pretty crazy,” Gillard said. “There are so many talented people in the cider industry, and everyone is very supportive of each other. I am very happy to work for a company that values education and wants me to keep learning and growing.”

The creativity of Brickworks staff is apparent in the 10 taps behind the bar of the cidery’s 3,000-square-foot restaurant, which pour interesting flavours such as Mint Basil, Tequila Mockingbird and Wild Thing.

“We experiment with lots of herbs, spice and different fruits. We have also done very traditional ciders using Sauvignon Blanc, Cabernet Franc, tequila, rum and bourbon barrels,” said Gillard. “There are endless possibilities. If you can imagine it, then you can make it and hopefully you can make it taste good.”

That innovation has cider makers creating a range of products that appeal to a large and growing consumer base. Brock’s Cool Climate Oenology and Viticulture Institute (CCOVI) is helping apple growers and hard cider producers meet the demands of this rapidly growing market.

Brock is the only program provider in Canada to offer professional development courses at two levels of certification in cider production through CINA, and also provides analytical testing services to help cider makers deliver the best product possible.

“I just think you can never stop learning in this industry. Ontario is growing and growing in terms of craft cider,” said Gillard, who has been the assistant cider maker for Brickworks since January 2018.

Cider wasn’t always her focus, as she began her career in the wine industry.

After graduating from Brock’s Oenology and Viticulture program (OEVI), Gillard travelled to New Zealand to learn about winemaking there, and also worked in California.

“When I got back to Ontario, I realized there had been a huge cider boom. Orchards were being planted and more wineries were starting to produce cider,” she said. “I was really excited to learn more and wanted a new challenge.”

A little more than five years ago, there was only a handful of cider producers in Ontario, but that number now sits at more than 60.

Gillard took what she learned at Brock’s CCOVI and the hands-on co-op experience she gained while she was a student in OEVI and applied it to making cider.

“Cider is essentially the same process, you are taking fruit and fermenting it,” Gillard said.  “A big part of cider making is blending and having things work together, which is similar for winemaking.”

It takes about six weeks to complete a micro batch of cider, which is then put into a keg and sent up to the Brickworks restaurant for guests to enjoy.

“There have been quite a few ciders where we have actually gone out and picked the fruit ourselves. We have spent a day picking mulberries or crab apples,” Gillard said. “For one of our batches, Second Chronicles of Hop, we used fresh hop buds. We went up to the hopyard, which looks like a jungle, got up on the back of a tractor with machetes and chopped down the hops. We brought them back, put them in a mesh bag and immersed them in the cider.”

With her innovative ideas supported by a strong educational foundation, Gillard is a “great example of how Brock students and alumni are in a position to be leaders in the growing Canadian cider industry,” said Steven Trussler, the CINA-certified instructor in CCOVI’s cider program.

“The advanced-level courses at Brock, two of which will be offered this summer, will play a key role in helping cider makers develop their technical skills and gain industry-recognized qualifications.”

Later this month a new batch of 25 students will attend CCOVI’s Cider and Perry Production foundation program, with another offering in August. In June, the advanced certification science and practice course is being offered and will be taught by Mitchell.

For more information about CCOVI’s cider programs and to register visit brocku.ca/ccovi.