Popular One Act Festival returns to Marilyn I. Walker Theatre 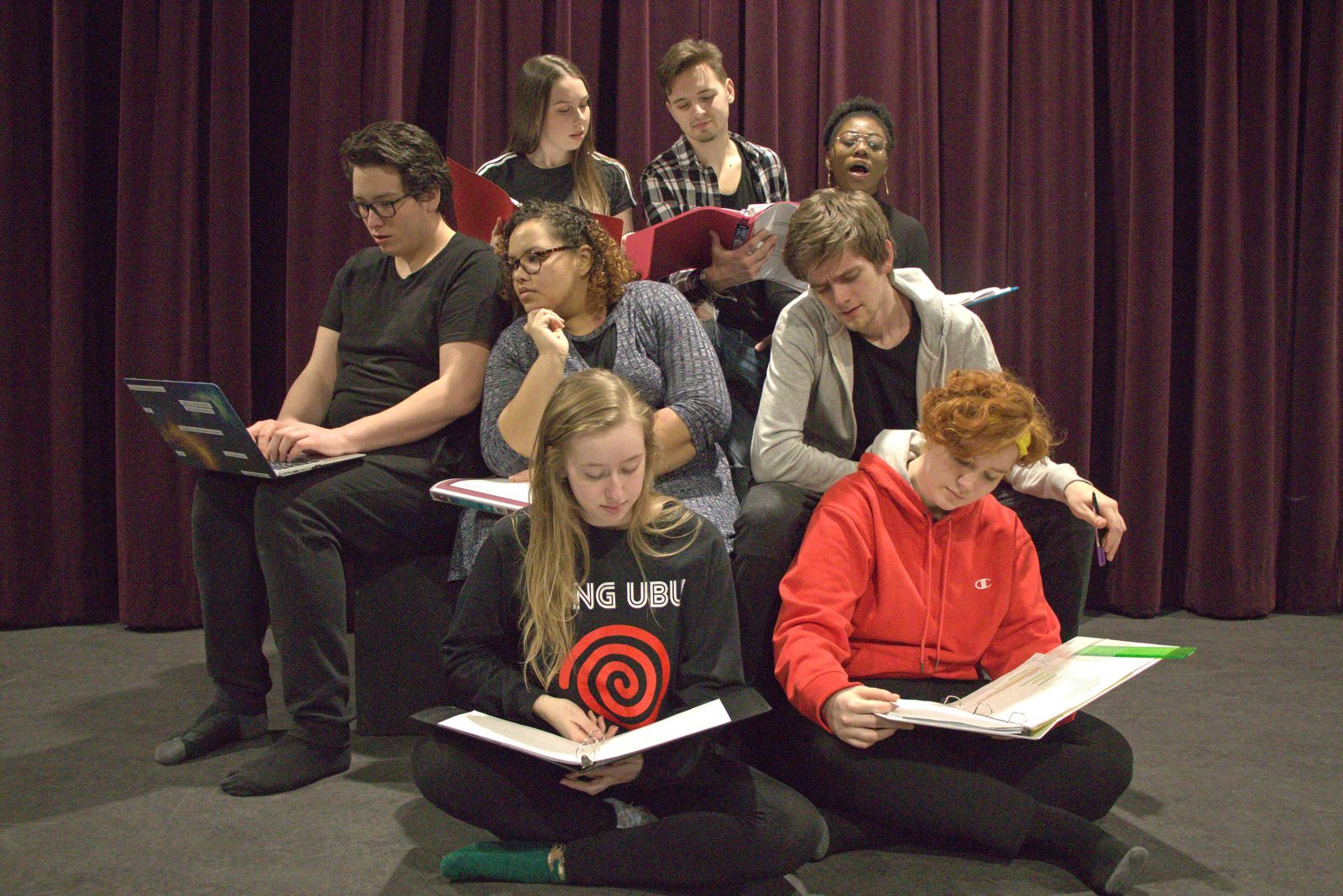 Dramatic Arts students in the Directing II course are presenting a series of short plays as part of the upcoming One Act Festival on Friday, March 22 and Saturday, March 23 at the Marilyn I. Walker Theatre.

Brock’s Dramatic Arts students will bring the intricacies of human interaction, the banality of small-town life and even the future of ‘designer babies’ to the stage in the upcoming One Act Festival.

A yearly endeavour, the festival puts students in the Directing II course in the spotlight as they bring a selection of one-act plays to life. The students are responsible for the entire production process, including the selection of a script, auditioning the cast, rehearsing, designing the show and co-ordinating with the Dramatic Arts (DART) production team on all technical needs.

The course’s instructor, Mike Griffin, said the One Act Festival is one of his favourite parts of the DART program.

An exciting mentoring process happens, he explained, as students from all years collaborate to create theatre under the leadership of the third-year directing class.

“As the student actors and directors come together, they put into practice the skills they have been developing throughout their courses, which supports them as they teach each other, grow as artists and inspire the next round of future directors,” he said.

This year’s productions are all being presented under the theme ‘Rise.’

Lauren Reid, a third-year DART major and Director of On the Porch One Crisp Spring Morning, said the inclusive and collaborative nature of the One Act Festival makes for a valuable learning experience.

“Everyone is so open and willing to help me with this great opportunity and to make it the best it can be,” she said. “I have a great team on all sides that are there to support me whenever I need help, and I think this course is a great way for people to explore different opportunities within the DART and theatre community, in general.”

For second-year DART student Holly Hebert, the festival allows her to “actively participate in the growth of a production.”

“As an actor in Winter Games, Director Chris Murillo had us engage in a number of exercises that built our relationships, our impulses and developed our One Act to become an incredibly stimulating process,” she added.

The students encourage the community to attend, promising the roster of shows in the festival are “emotionally active” and will often have audiences “on the edge of their seats.”

The One Act Festival runs on Friday, March 22 and Saturday, March 23, at 7:30 p.m. each night. All shows take place in the Marilyn I. Walker Theatre of the MIWSFPA at 15 Artists’ Common.

Admission is pay-what-you-can at the door.

For more information on the 2018 One Act Festival, visit the Dramatic Arts website.