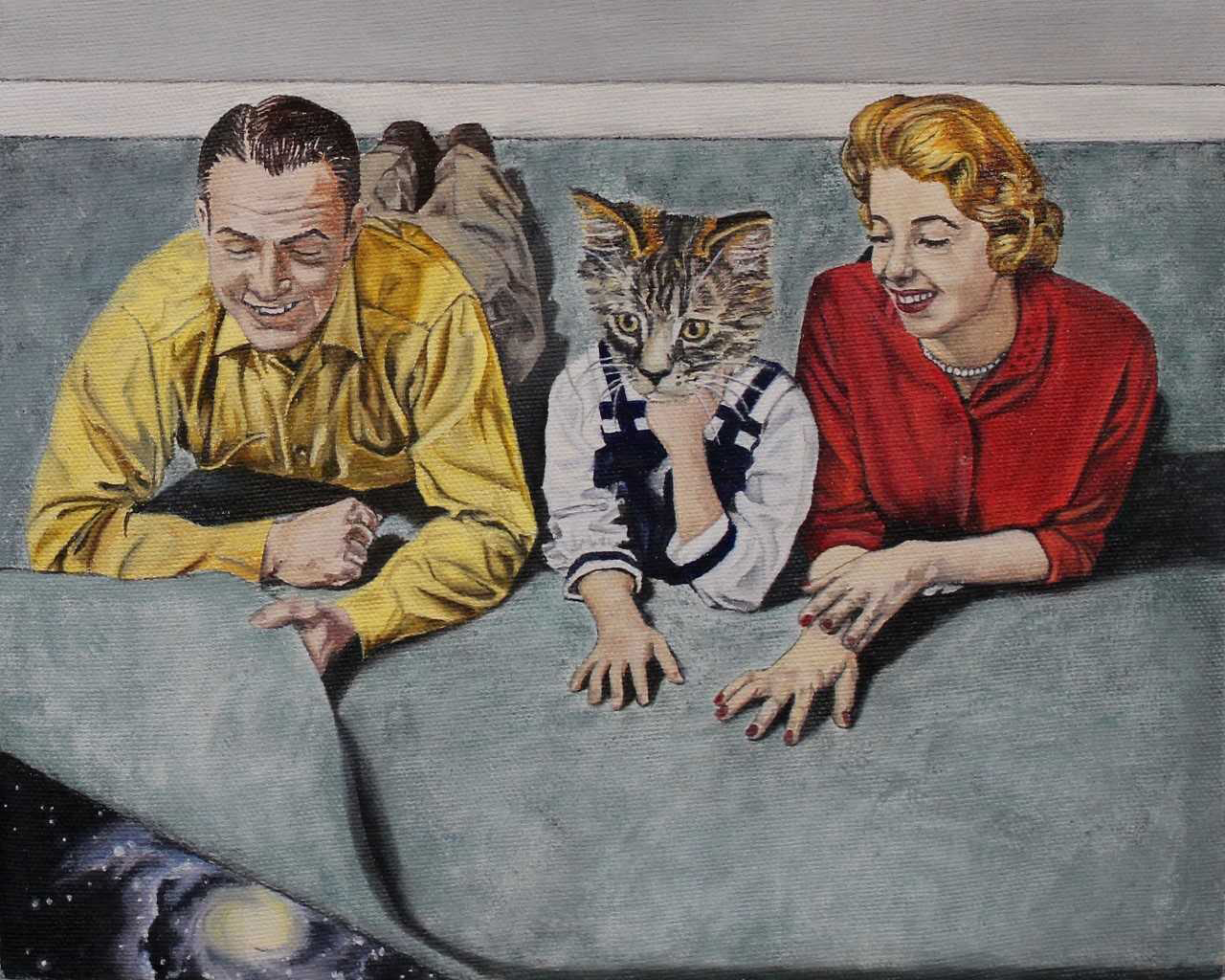 Quality Family Time (and Space), a piece by Brock alumna Emily Andrews (BA '11), is part of the new Erasures exhibit that will run from April 2 to 27 in the VISA Art Gallery and Student Exhibition Space at the Marilyn I. Walker School of Fine and Performing Arts. An opening reception is set for Thursday, April 4 from 5 to 8 p.m.

While they’re known for correcting errors, erasures are signs of progress and an expanding imagination.

Students in Brock’s Visual Arts (VISA) and Studies in Arts and Culture (STAC) programs will explore this theme in a new collaborative art exhibit on view from Tuesday, April 2 to Saturday, April 27.

The exhibit, Erasures, will be open to the public in the VISA Art Gallery and Student Exhibition Space at the Marilyn I. Walker School of Fine and Performing Arts (MIWSFPA) in downtown St. Catharines.

An opening reception will be held in the gallery on Thursday, April 4, from 5 to 8 p.m.

Led by Shawn Serfas, Associate Professor of Visual Arts, and Catherine Parayre, Director of the Centre for Studies in Arts and Culture, students enrolled in VISA 4P03/4P04 and STAC 3P01 worked together to create a show that features paintings and text that thematize different types of erasures.

The work ranges from the exploration of scenes lacking important elements, simplified adaptations of existing artworks and abstracted forms of figurative objects.

Serfas and Parayre frequently bring students from different backgrounds together to collaborate on creative endeavours.

The exhibition evokes transformations and process, an important theme in both Serfas’ senior studio courses and Parayre’s Media Transformations in the Creative Arts course.

Whether in visual expressions or in texts, Parayre added, erasures are invitations to scrutinize, read and interpret, which is exactly what the public is encouraged to do at the upcoming exhibition.

Erasures runs from April 2 to 27 in the VISA Art Gallery and Student Exhibition Space at the MIWSFPA in downtown St. Catharines. The gallery is open to the public Tuesdays to Saturdays from 1 to 5 p.m.