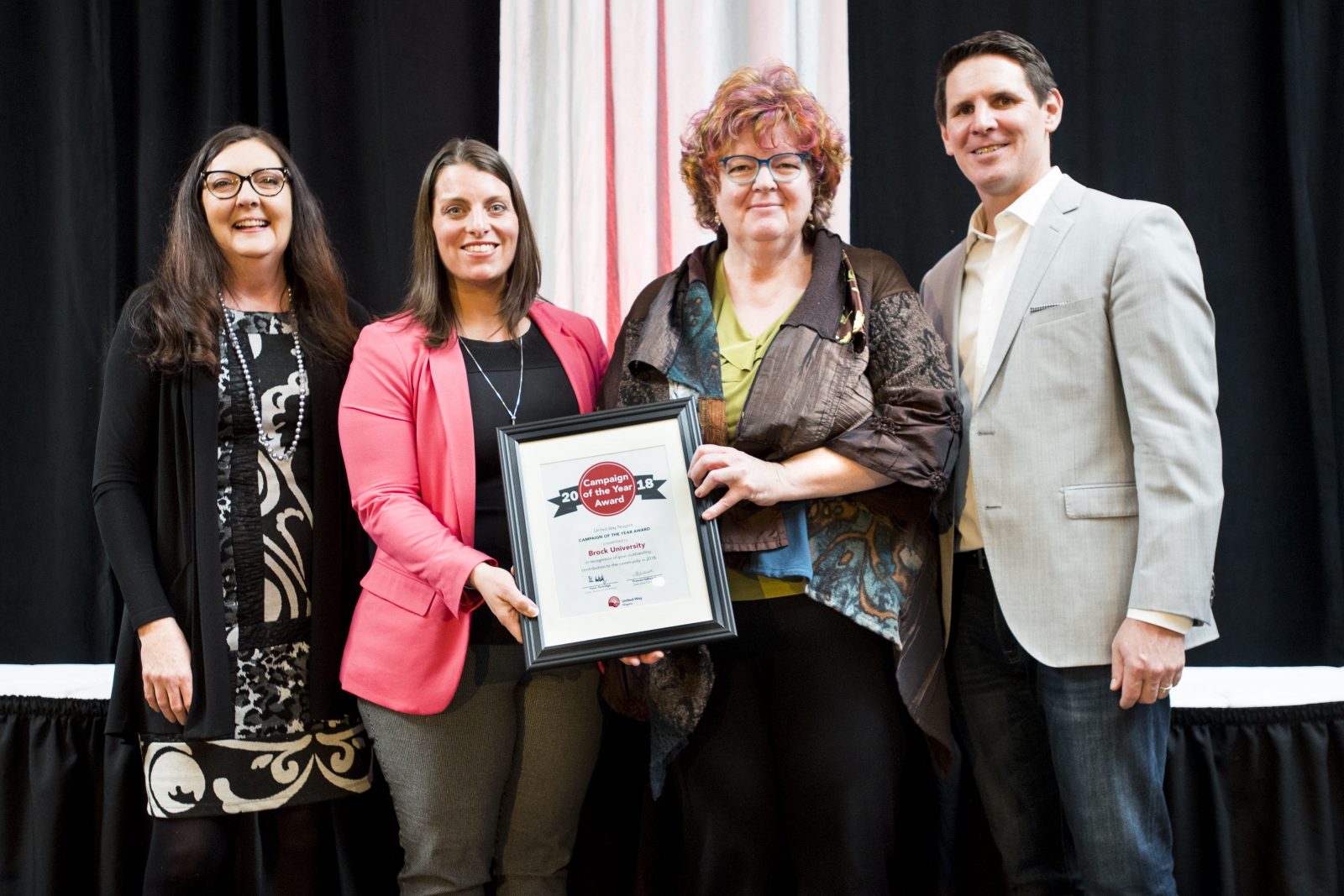 In a room filled with hundreds of donors, volunteers and charity representatives, Brock’s United Way committee co-chairs accepted the Campaign of the Year Award, which recognizes an organization that achieved tremendous success in their workplace campaign.

“This is a University-wide accomplishment,” said committee co-chair Lynn McCleary, Associate Professor, Nursing, after the event. “Our enthusiastic committee members and generous faculty and staff are the reason we were so successful. They recognize the importance of giving to our local community and funding programs that help our friends, family and neighbours.” 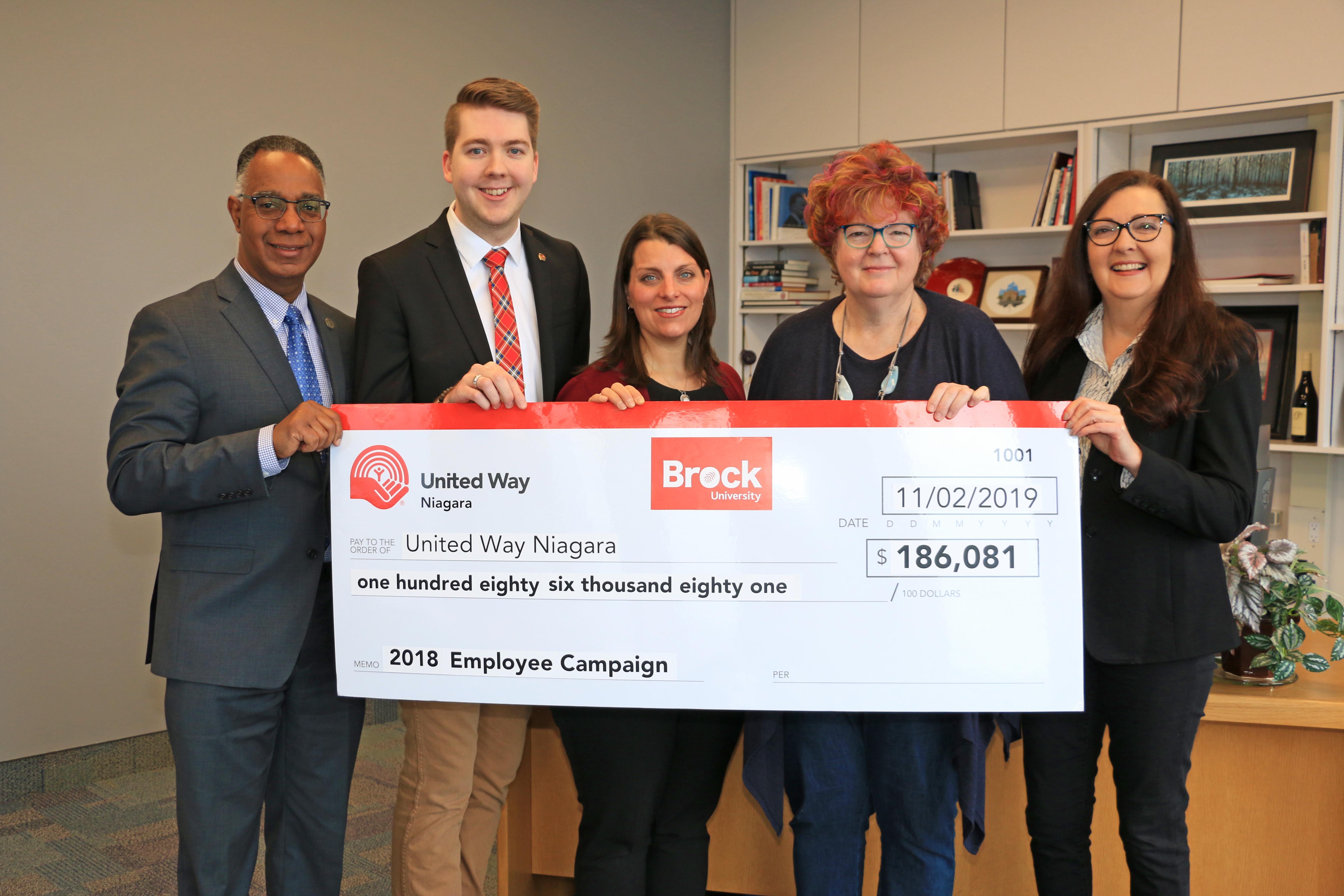 “It’s amazing what a group of dedicated and caring individuals can achieve,” said Brock’s United Way committee co-chair Sandy Howe, Associate Director, Experiential Education. “The money raised supports programs that will strengthen and enhance the quality of life for the people who are most vulnerable in our community.”

In addition to the 16 per cent growth in donations over 2017, highlights of Brock’s 2018 campaign included a Souper Star Lunch kickoff event attended by 200 employees, the University’s first move-a-thon for United Way, a raffle for Toronto Maple Leafs tickets, a Hot Chocolate for Hope pop-up awareness event and record-breaking attendance at the ninth annual Trivia Night.

“We are extremely grateful to Brock’s committee for the creativity, growth and effort they contributed to the 2018 campaign,” said Frances Hallworth, Executive Director for United Way Niagara. “We are humbled by the generosity of all of the volunteers and donors at Brock who contributed to this result.”

The University was also recognized Thursday night for its annual sponsorship of a Brock co-op student. Fourth-year Business Administration student Megan Truong has been working in United Way Niagara’s office as a communications and campaign assistant since January.

Brock alumna Caroline Sherk (BA ’16) was announced as United Way Niagara’s 2019 campaign chair. At 24 years old, Sherk is the youngest chair the organization has ever had.

More information on the University’s United Way fundraising campaign can be found on SharePoint.