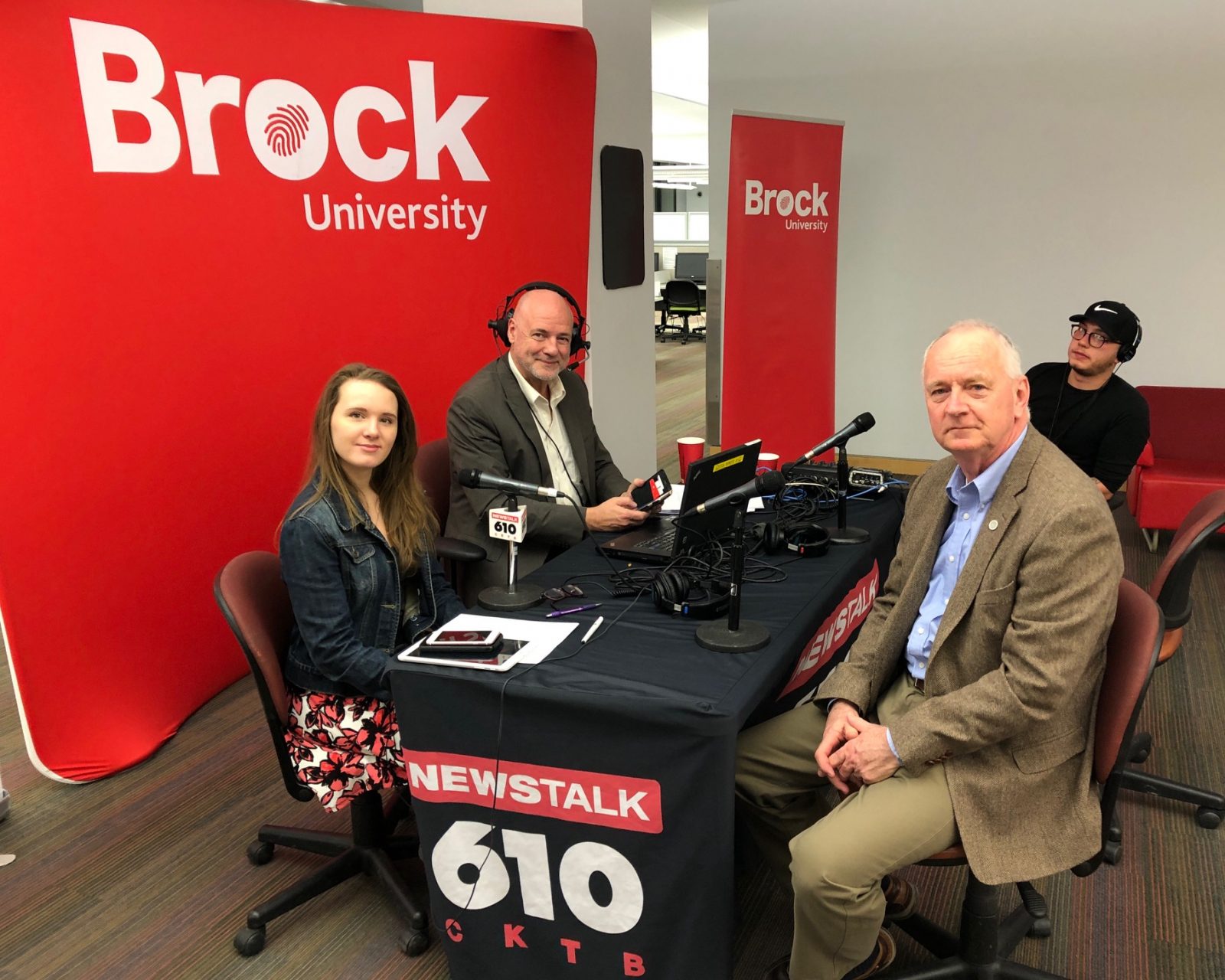 Brock University Vice-President, Academic Greg Finn was one of the guests on the CKTB Niagara in the Morning show which broadcast live from Brock's Learning Commons in March. The show is returning to Brock Friday, Sept. 6 from 5:30 to 9 a.m.

How much cash will legal pot shops generate?: Michael Armstrong, Associate Professor of Operations Research in the Goodman School of Business, spoke about projected sales figures for Ontario’s first 25 legal marijuana retail outlets in stories from the Hamilton Spectator, CBC and Newstalk 610 CKTB.

Ontario wine industry stretches its legs at Cuvée: Reports about Cuvée, the Brock-run celebration of Ontario wines that took place on Saturday, March 23, appeared in various media outlets, including the St. Catharines Standard, Niagara This Week, CHCH and Travel Industry Today. The event hosted nearly 900 guests while raising money for scholarships and support of the University’s Cool Climate Oenology and Viticulture Institute.

Brock University turning out the lights for Earth Day: A St. Catharines Standard article discussed Brock’s efforts to recognize Earth Day on Saturday, March 30, which include lighting the Schmon Tower in green and shutting off the Tower’s lights between 8:30 and 9:30 p.m. The article also mentioned Brock’s above-average waste diversion rate and ongoing use of bottle-filling stations.