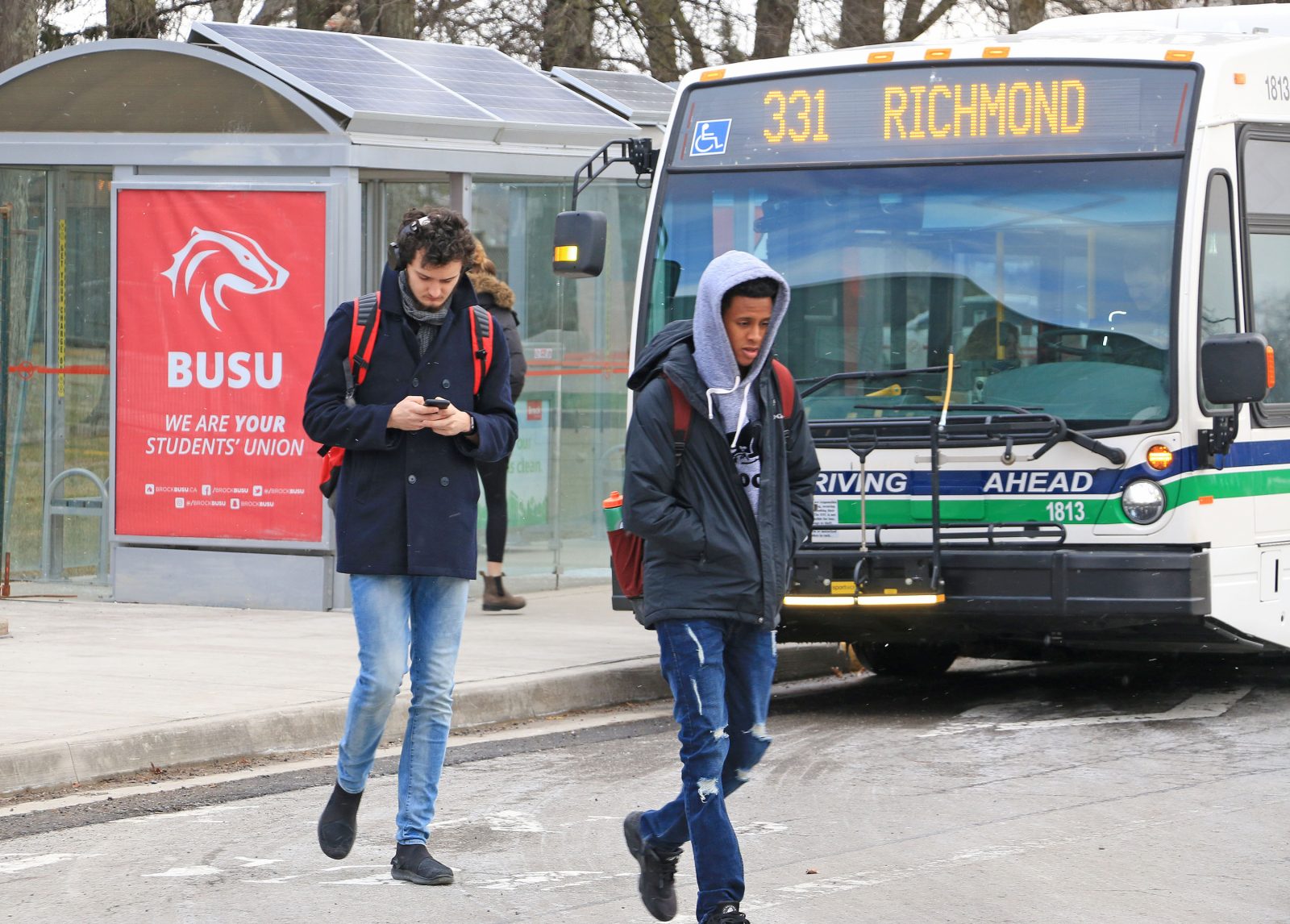 The changes were made to more closely align the bus schedule with the hours students are on campus.

“We tried to offer more service during the evenings at the times it’s needed the most,” said Bilal Khan, BUSU Vice-President, Finance and Administration. “From the first classes at 8 a.m. until the last activity that ends at night, which is close to 11 p.m., we want to make sure there’s a sufficient level of service on our major routes.”

Hours of service are being extended on six Brock routes, while a new stop has been added on Richmond Street in Thorold to improve service in the student-heavy Winterberry neighbourhood.

Through its U-Pass Program, BUSU contributes around $4.5 million each year to transit systems across the region.

There had been concern from BUSU and student unions across the province that under the changes to student service fees announced by the Ontario Government last month, transit passes could have been an optional fee.

“We feel it’s an essential fee,” Khan said. “We’re worried about how the majority of our students would access our campus if we couldn’t run our dedicated Brock routes.”

Fortunately, the Ford government clarified its stance last week, saying that transit passes would be included in a list of fees students can’t opt out of.

“After hearing from stakeholders, it is clear that transit passes need to be considered mandatory under our Student Choice Initiative. Ontario students need to have safe access to campus, work and home,” tweeted Colleges and Universities Minister Merrilee Fullerton.

Khan applauded the move, pointing out that around 75 per cent of Brock students living in St. Catharines and Thorold use the bus system to access campus on a regular basis.

“We were very pleased to see Minister Fullerton’s tweet confirming that U-Pass fees will remain mandatory,” he said. “This is a result of tireless work our team has been doing along with our partners and other stakeholders from across the province. We look forward to continuing our efforts to ensure other essential services are also kept intact, so we can continue to support our students and make their Brock experience more enjoyable.”

For more information on the transit options available to the Brock community, visit the BUSU website.