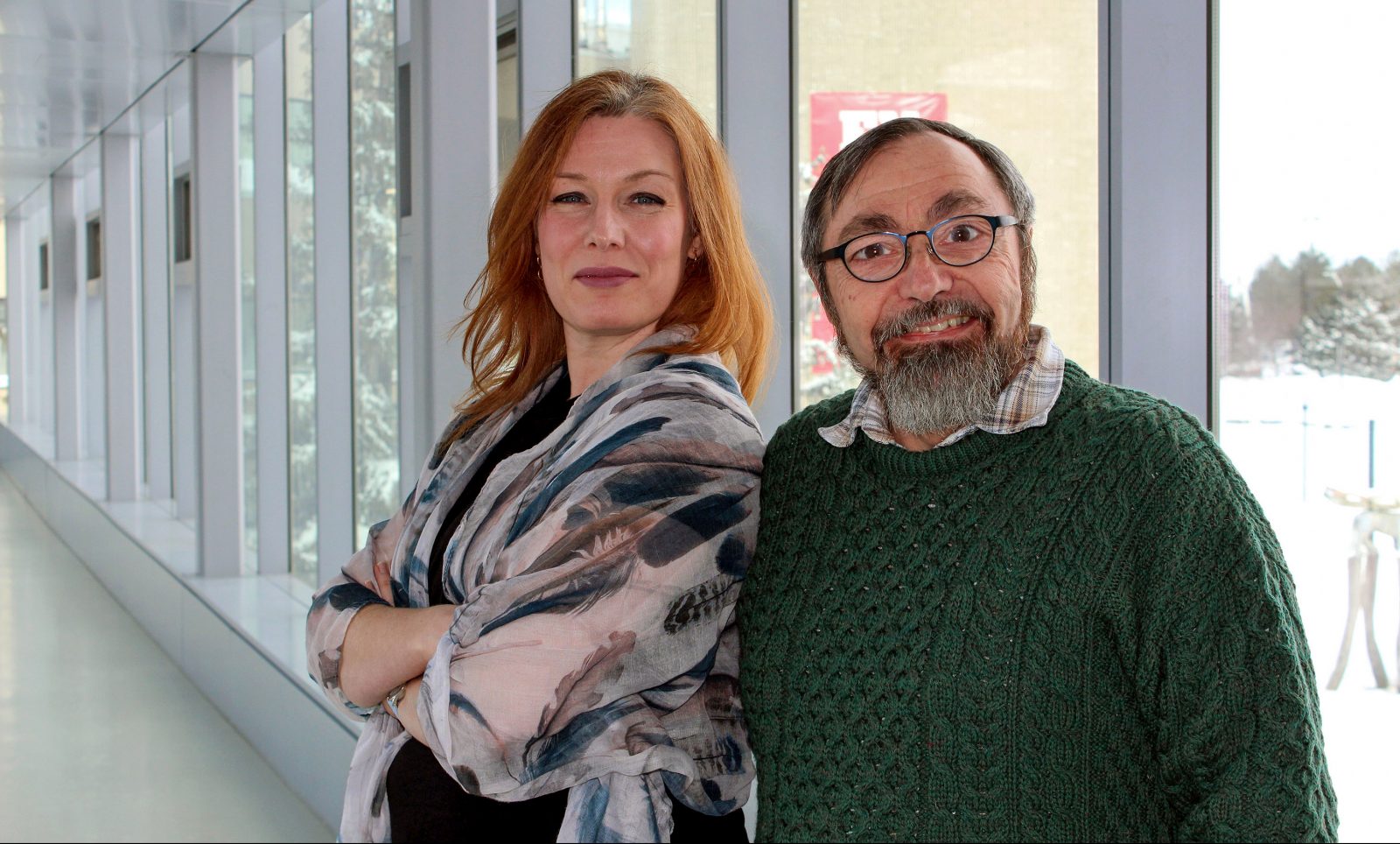 Alison Braley-Rattai, Assistant Professor of Labour Studies, and Joffre Mercier, Professor of Biology, star in an upcoming production of the musical comedy Once Upon a Mattress.

Although they worked on the same campus and shared a love of musical theatre, Brock professors Joffre Mercier and Alison Braley Rattai didn’t know each other. That changed, however, when they became husband and wife.

“We didn’t meet until we were already married,” says Braley-Rattai, who plays the queen opposite Mercier’s king in the Port Colborne Operatic Society (PCOS) production of the musical comedy Once Upon a Mattress.

Since the end of September, Braley Rattai, Assistant Professor of Labour Studies, and Mercier, Professor of Biology, have attended two rehearsals a week to prepare for the show’s February opening.

“As we get closer to the production, we’ve thrown in a couple of extra rehearsals to work on dancing,” Mercier says.

Braley-Rattai says the schedule has been “fairly easy” compared to other shows she’s been a part of. By focusing on only one show a year and spreading the rehearsals over several months, the Operatic Society tries to accommodate people’s family and professional commitments, she says.

The schedule also allows more time to “develop good friendships” with fellow players, Mercier adds. “One of the things I really look forward to at rehearsal is just being with my friends.”

Braley-Rattai has performed in several community theatre productions but Once Upon a Mattress is her first with the Port Colborne group. (“She was wonderful as Morticia in the Addams Family,” says Mercier of last year’s show by Garden City Productions.)

This is Mercier’s third season with the PCOS, but his involvement nearly didn’t happen.

During high school and through his undergraduate and graduate studies, he was in theatre. “Then I decided it was time to grow up,” he says. “I got married and started my PhD. I walked away from theatre.

“I went through awful withdrawal symptoms,” says Mercier, “and it was very painful for me even to go to watch a show.”

Through it all, the love of music and theatre never left him. Playing in a couple of bands and continuing to sing in choirs and study voice occasionally was particularly therapeutic when he was serving in administrative roles at the University.

Mercier and Braley-Rattai both acknowledge the personal benefits of being engaged in artistic pursuits, whatever forms those might take. “When work is frustrating, you have another thing that you can trade it off with,” she says.

“I would encourage any faculty members to pursue whatever artistic love they have,” says Mercier. “Never stop following your love. I kept that with music and it finally brought me back to theatre.”

When a fellow choir member got the lead in a PCOS production, Mercier agreed to watch her perform. With that inspiration — and encouragement from his real-life wife, Sharon — he auditioned for the company the following year.

There’s something special about community theatre, he says, emphasizing the word ‘community.’ “I really feel that I’m a member of a community organization.”

Mercier describes Once Upon a Mattress as a “hysterically funny” retelling of the classic fairy tale, the Princess and the Pea.

“I will go so far as to say that there is not one person on stage that doesn’t get a laugh,” he says.“It’s the funniest show that I’ve ever been in.”

For much of the musical, Mercier is silent on stage, as his character is cursed and unable to speak. Instead, he has to communicate without words, at one point even miming “the story of the birds and the bees” for his son. “Now, that’s a challenge,” he says with a laugh.

Mercier is quick to add that the production is “definitely family-friendly.”

“It takes a special skill to communicate ideas without words,” says Braley-Rattai. “The only downside is that Joff doesn’t get to do a lot of singing and he has a lovely voice.

“Although it’s not as well known a show as some others, people shouldn’t let that stop them from coming out for a fun evening,” she says.

Braley-Rattai and Mercier are not the only members of the production with Brock connections. In addition to several current and former students who are involved in the show, alumna Melissa Heil (BA ’92, BEd ’93) is President of the Operatic Society and alumnus Kevin Proulx (BA ’11) is First Vice-President.

Seven performances of Once Upon a Mattress are scheduled from Feb. 16 to March 3. Tickets can be purchased for $25 through the Roselawn Box Office at 905-834-7572. More information is available on the Port Colborne Operatic Society website.