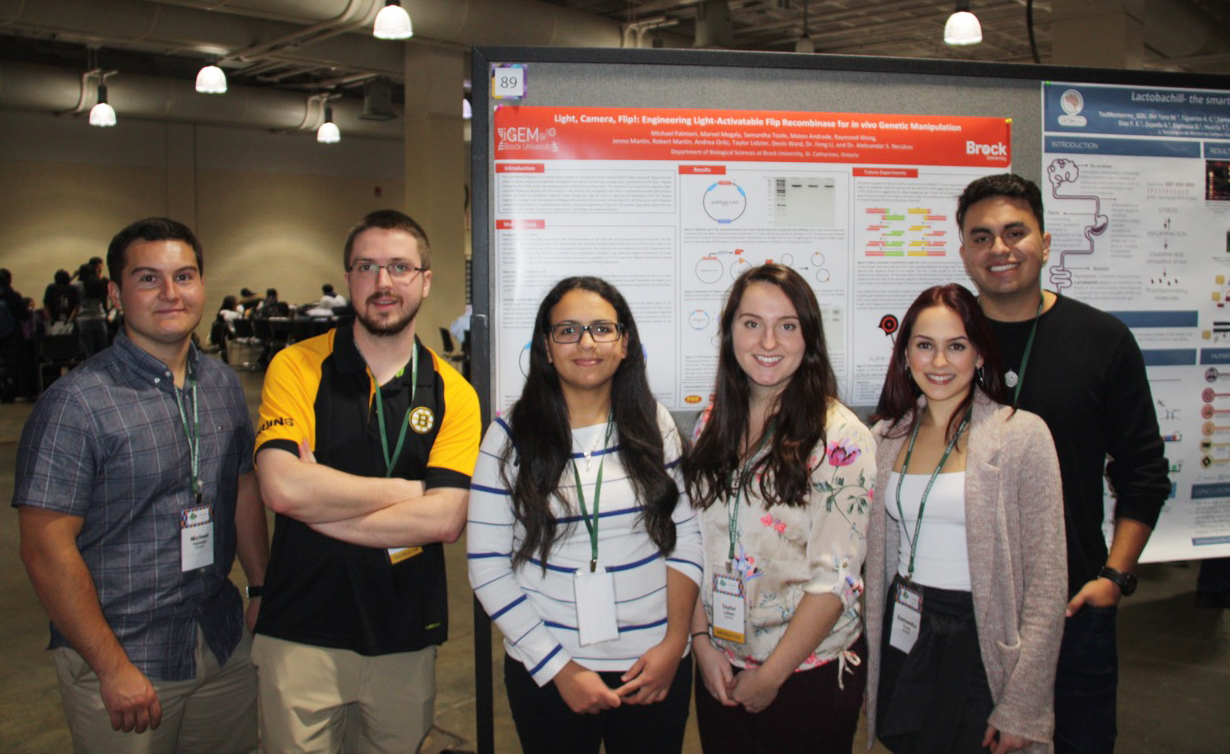 Under the supervision of Assistant Professor of Biological Sciences Aleksandar Necakov and Assistant Professor of Chemistry Feng Li, a team of 13 undergraduate students spent months preparing a project related to the flip recombinase enzyme, which induces genetic mutations in model organisms including bacteria, fish and mice. 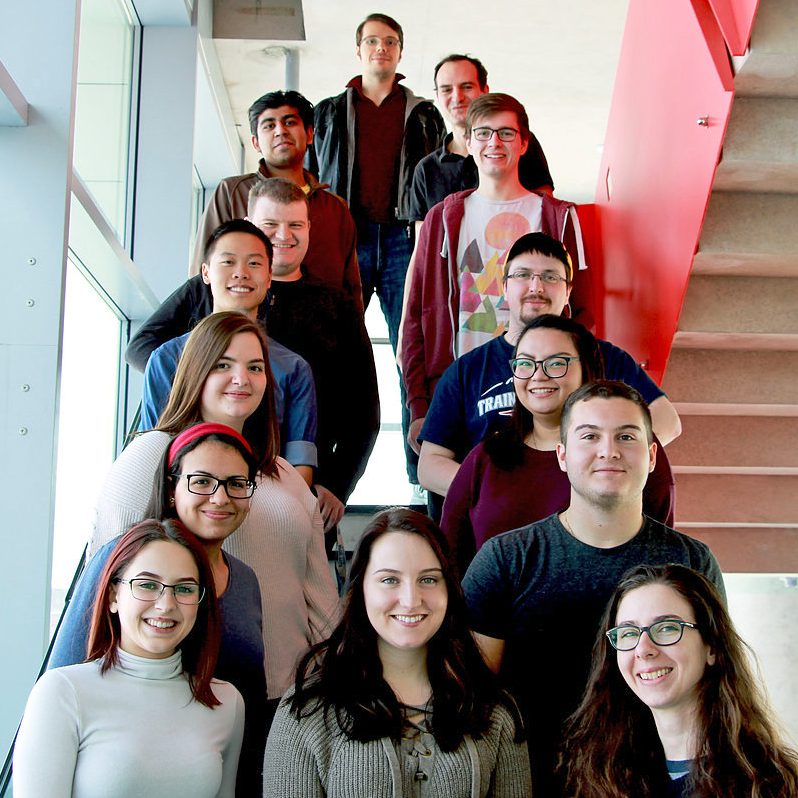 Along with more than 300 universities from around the world, the Brock students took part in the four-day event, which saw them engage in information sharing and compete with their project against teams from Ivy League schools and European research centres.

The goal of this year’s project was to engineer a system, using a technique called optogenetics, to control genetic modifications in bacteria using light.

The switch the Brock team engineered provides control over gene expression in microbial bioreactors, agricultural applications and for research purposes in a large range of model organisms. The group’s work led to a bronze medal ranking.

For Necakov and Li’s team, the opportunity to compete with universities from around the world represents a chance to strengthen the team’s knowledge while also showcasing the University to a greater audience.

“The Boston experience has allowed Brock students to take part in a biomolecular engineering competition, for the first time, on the international stage,” said Necakov. “Through their participation, students on the team further developed their molecular biology skills and practical knowledge, their leadership and interpersonal skills, and were directly engaged in communicating their accomplishments with local school groups and the international research community.”

Brock was joined in the bronze medal category by 106 other schools, including Cornell, Michigan and MIT. Gold medals were given to 114 schools and 68 schools received silver medals.

A full project summary as well as information on the team members can be found on the Brock iGEM website.