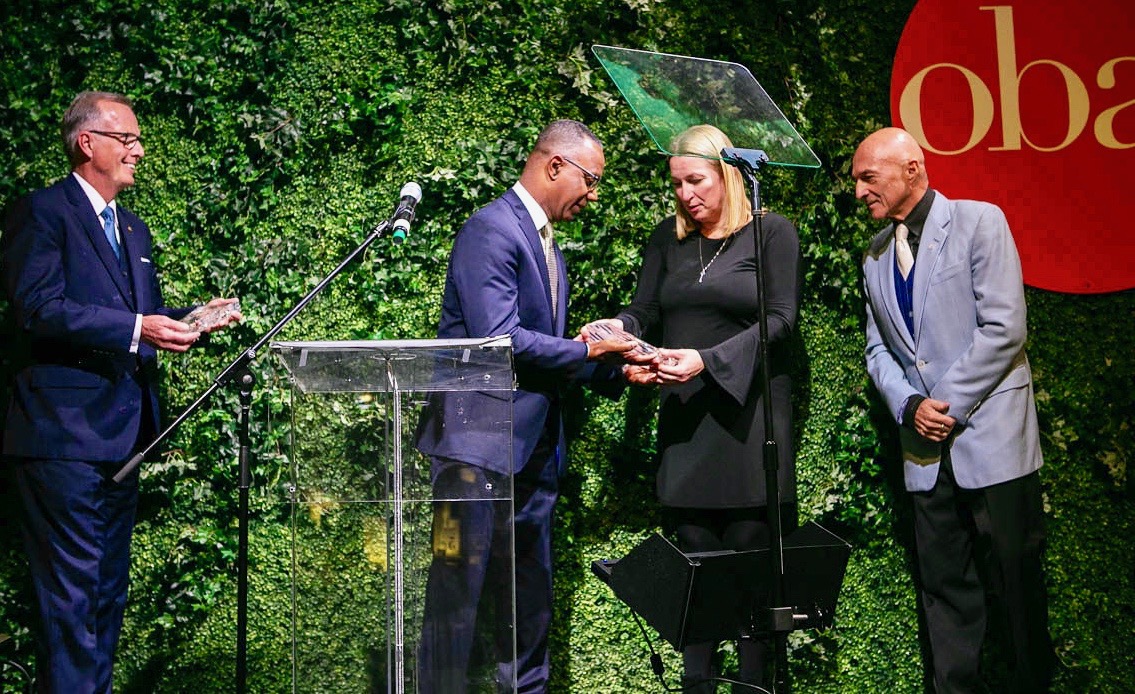 Canadian winery icons Donald Ziraldo and Karl Kaiser, who revolutionized an industry and then helped create Brock University’s renowned grape and wine research centre CCOVI, have been honoured with the first Lifetime Achievement Award ever presented by the Ontario Chamber of Commerce.

The partners were feted as “the pioneers of Ontario’s wine renaissance” at a gala at Toronto’s Exhibition Place, where Ziraldo was joined by Andrea Kaiser, who accepted on behalf of her late father. The award was sponsored by Brock University, and presented by Brock President Gervan Fearon and Board Chair Gary Comerford.

Ziraldo and Kaiser began their journey in 1975, when they obtained a licence for a new winery they called Inniskillin. Ontario wines of that era were typically sweet and syrupy, due to the region’s hardy labrusca vines that could survive Canadian winters. But Ziraldo and Kaiser believed that European vitis vinifera vines could produce world-class wines and also cope with the local climate.

They soon began winning major international awards, such as the Grand prix d’Honneur at Vinexpo in Bordeaux, France. Inniskillin went from cottage winery to global success, and the reputation of Canadian wines went viral.

Since then, Niagara has become carpeted with vineyards and known as “Napa north”, a destination for connoisseurs and wine tourists alike. When Inniskillin received its licence, the first to be issued in half a century, there were only six other wineries in the province. Today there are nearly 200, and grape and wine is a $9-billion national industry that contributes to thousands of jobs. 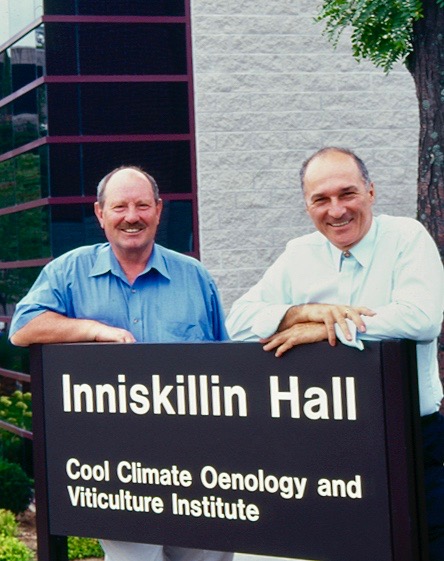 Kaiser and Ziraldo on the Brock campus in 1999.

While sales flourished, however, the industry lacked the research support and regional science that is crucial to keeping an area’s vines healthy and its quality high.

By 1996, a group of winemakers, grape growers and Brock scientists met regularly to identify the needs of the rapidly expanding industry. The group included Bill Cade, then Brock’s Dean of Mathematics and Science, who brought in industry leaders like Ziraldo, Kaiser, Paul Bosc, John Howard and others.

Wine writer Linda Bramble recalled the energy: “I remember Donald (Ziraldo) repeating, ‘Every significant wine region in the world has a research institute associated with it.  We need this, too!’ ”

Before the year was out, Brock launched its Cool Climate Oenology and Viticulture Institute (CCOVI), which has been a working partner of the industry ever since. Two years later, CCOVI would move into its new home, named Inniskillin Hall in honour of a generous gift from Ziraldo and Kaiser.

“Karl’s genius with Icewine created an opportunity to build a global luxury brand,” Ziraldo said. “I deeply appreciate the recognition by the Chamber, and encourage young vintners to continue our quest for greatness”

Andrea Kaiser recounted how her father very nearly did not become a vintner. After emigrating from Austria in the late 1960s, he found his education credentials were not recognized in Canada. However, his plans to go back to school and become a teacher changed after a chance meeting with Ziraldo.

“But even in winemaking he remained a teacher, always eager to share his winemaking techniques,” she said. “He was so honoured to be invited back to Brock to teach at CCOVI as it combined his two passions in life, wine and learning.”

Fearon said the vision and innovation shown by Ziraldo and Kaiser will continue to inspire generations of entrepreneurs and leaders.

“It is hard to think of two individuals whose vision and commitment to quality and excellence better exemplifies dramatic growth in the competitiveness and vitality of the Ontario industry landscape,” said Fearon. “I am proud to say that Brock, through CCOVI, was a partner in these developments reflecting our commitment to supporting transformative regional community and economic growth.”

Comerford saluted the pair’s legacy to research and education.

“I am very proud that for more than 20 years, Donald and Karl have been instrumental in helping to create at Brock, what has become Canada’s leading grape and wine research centre,” said Comerford. 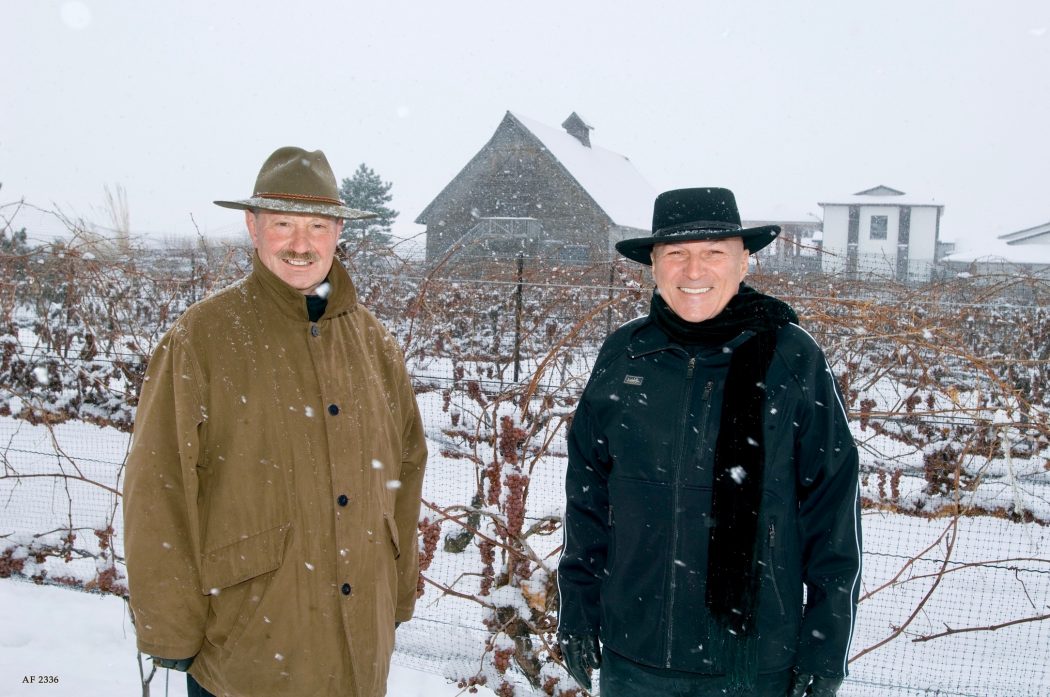 Undated photo of Karl Kaiser, left, and Donald Ziraldo in a Niagara-on-the-Lake vineyard. They revolutionized Canada’s wine industry with their decision to plant European vines that could produce world-class wines and also survive Niagara winters.