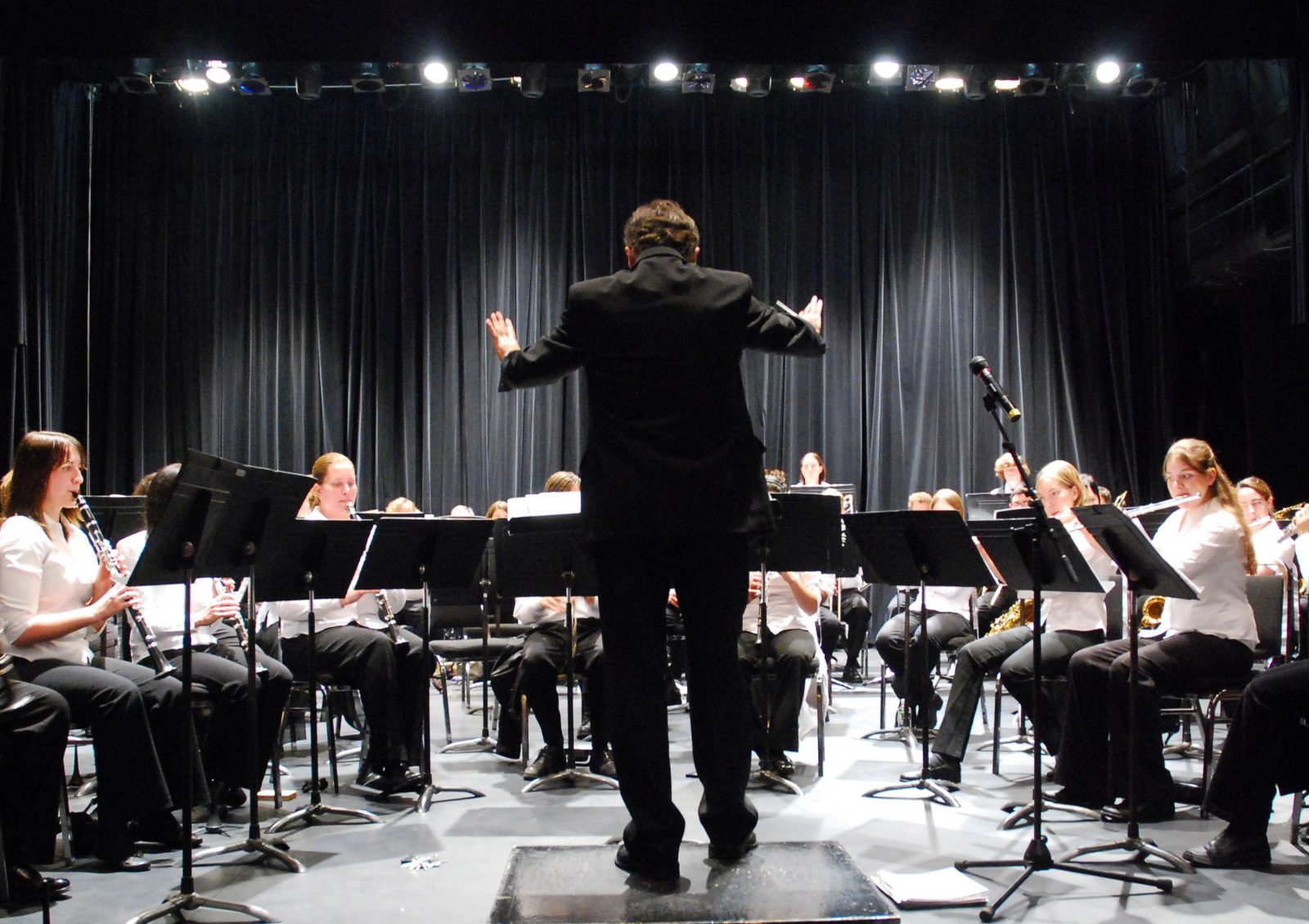 Brock University’s Wind Ensemble will perform its Tribute to the Legends concert on Tuesday, Dec. 4 at 7:30 p.m. in Partridge Hall of the FirstOntario Performing Arts Centre.

Brock University’s String Orchestra and Wind Ensemble will bring captivating melodies from legendary composers to the stage in their first performances of the season.

As part of the Brock University Music Department’s instrumental series, the Orchestra’s Simply Strings concert will take place Wednesday, Nov. 28 in the FirstOntario Performing Arts Centre’s Cairns Recital Hall. The Ensemble will perform its Tribute to the Legends recital on Tuesday, Dec. 4 in Partridge Hall.

The String Orchestra brings musicians from the University together with members of the community to perform standard masterworks and lesser-known gems of the string repertoire. It was added to the ensemble roster of the Brock University Choirs and Brock University Wind Ensemble in September 2017 to provide a place for university and community string players to perform together and share their talents.

Under the baton of conductor Zoltan Kalman, the University Wind Ensemble features the talents of 64 musicians drawn from Brock University, community members and Niagara region high schools. Musicians from the Hamilton Symphony on the Bay and Niagara Symphony will also join in the concert on Dec. 4.

Kalman said the ensemble is thrilled to pay tribute to some of the world’s most influential composers in the state-of-the-art Partridge Hall.

“We’re going to perform a diverse repertoire of timeless classics and easy-listening charts that will surely leave our audience breathless,” he said. “The evening also includes a brilliant trombone concerto, featuring our very own, supremely talented Alyssa Shanghavi.”

Such performances from the Department of Music are a key part of the Marilyn I. Walker School of Fine and Performing Arts’ mandate of building connections between the community and the breadth of talent and creativity at Brock.

The conductors said their ensembles serve as cultural ambassadors of the Niagara region and encouraged, “faithful audience members and other music lovers to come out and experience these concerts.”

Tickets are on sale now for both performances.

Simply Strings takes place on Wednesday, Nov. 28 at 7:30 p.m. in Cairns Recital Hall. Tickets are $12 general admission and $5 for children 14 and under, as well as high school students through the eyeGo program. Complimentary tickets are available to current Brock students with valid student ID.

Tribute to the Legends takes place Tuesday, Dec. 4 at 7:30 p.m. in Partridge Hall. Tickets are $12 for general admission and $5 for high school students through the eyeGo program. Complimentary tickets are available to current Brock students with valid student ID.

All tickets can be purchased through the FirstOntario PAC Box Office.