Brock signs collaborative agreement with University of Karachi in Pakistan 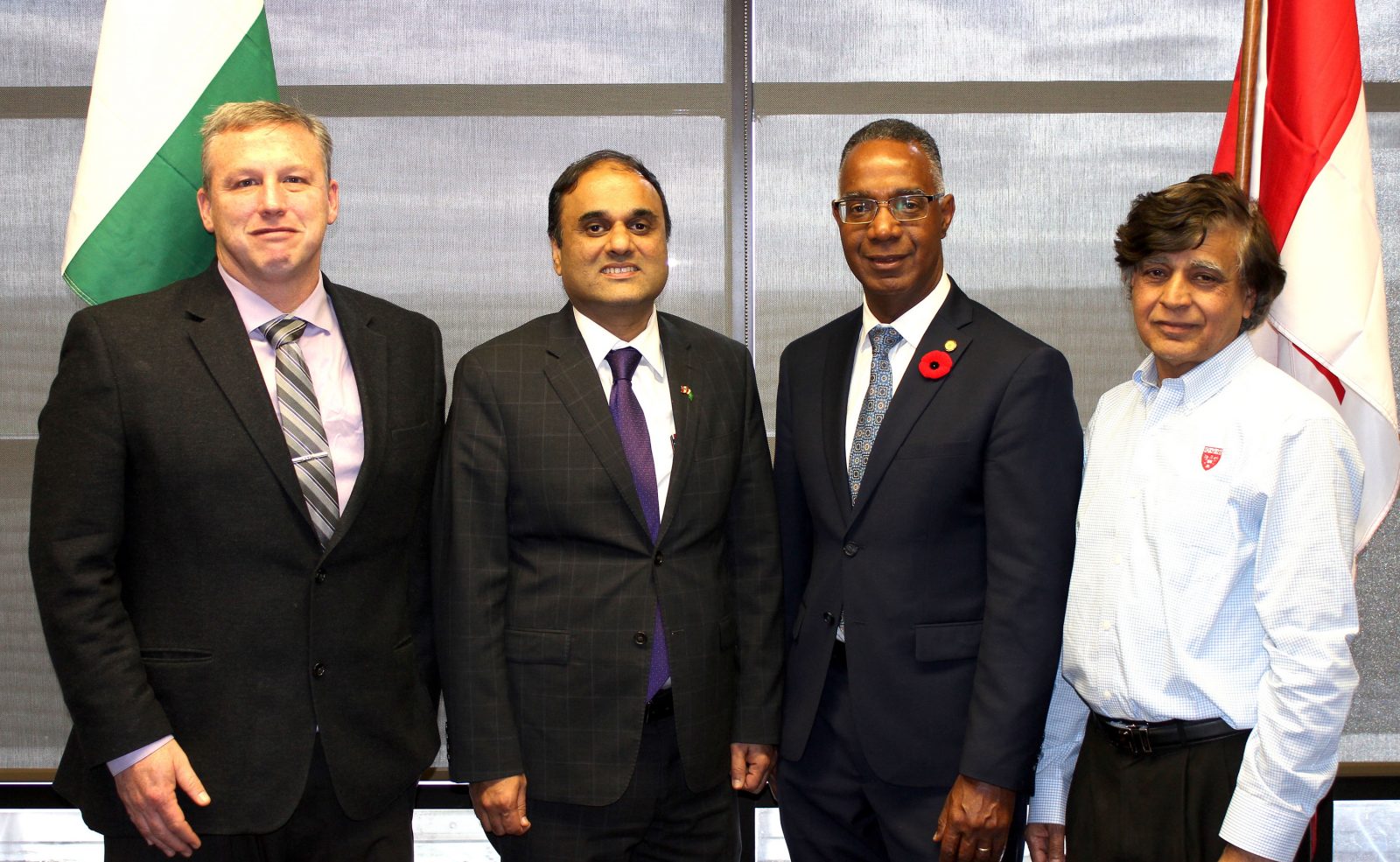 A new agreement between Brock University and the University of Karachi in Pakistan has strengthen Brock’s commitment to being a global leader in the fields of chemical and biological sciences.

On Tuesday, Nov. 6, Brock International Services welcomed Pakistan Consul General Imran Ahmed Siddiqui back to campus for the official signing of a memorandum of understanding (MOU) between the two institutions.

Siddiqui came to Brock in October 2017 to discuss the possibility of enhanced research collaboration, increased student recruitment and parallel business incubators in Pakistan.

The signing ceremony was an emotional experience for Ahmed, who completed his undergrad and master’s at Karachi University before emigrating to Canada in 1982.

“Their reputation for scientific research and training extends far beyond the country’s borders,” he said. “We’re looking forward to collaborating with the University of Karachi on a number of initiatives.”

The new agreement establishes a five-year commitment between Brock and the International Centre for Chemical and Biological Sciences (ICCBS) at the University of Karachi.

The ICCBS is comprised of a number of institutions and research buildings that contain some of the region’s most sophisticated laboratories. Since its inception in 1966, the ICCBS has been regarded as one of top research establishments in the developing world.

The MOU includes a number of opportunities for both universities to enhance their scientific research and technological development in the fields of chemical and biochemical sciences.

“Science is a great equalizer, and science diplomacy has been identified as one of the most important vehicles through which a greater harmony between nations takes place” said M. Iqbal Choudhary, ICCBS Director.

Both Brock and the ICCBS will offer international mobility opportunities to their faculty, exchanging scientists, research scholars and specialists for the purpose of research, training, consultation and exchange of expertise.

“It is imperative that our faculty continue to work alongside top institutions, and scientists around the world in order to produce high-quality research,” said Choudhary.

To further enhance the knowledge of their faculty, both institutions will also look to organize bilateral scientific and technical seminars, workshops, conferences and training courses.

A key initiative for both universities in the new agreement is a joint research program, which may include joint laboratories or pilot stations in research and development activities.

Since 2015, Brock has been actively engaged in recruitment activity in Pakistan. The University’s undergraduate student enrolment from the country increased by more than 71 per cent in the past year.

More information about Brock’s current partnerships with international institutions can be found on the Brock International website.