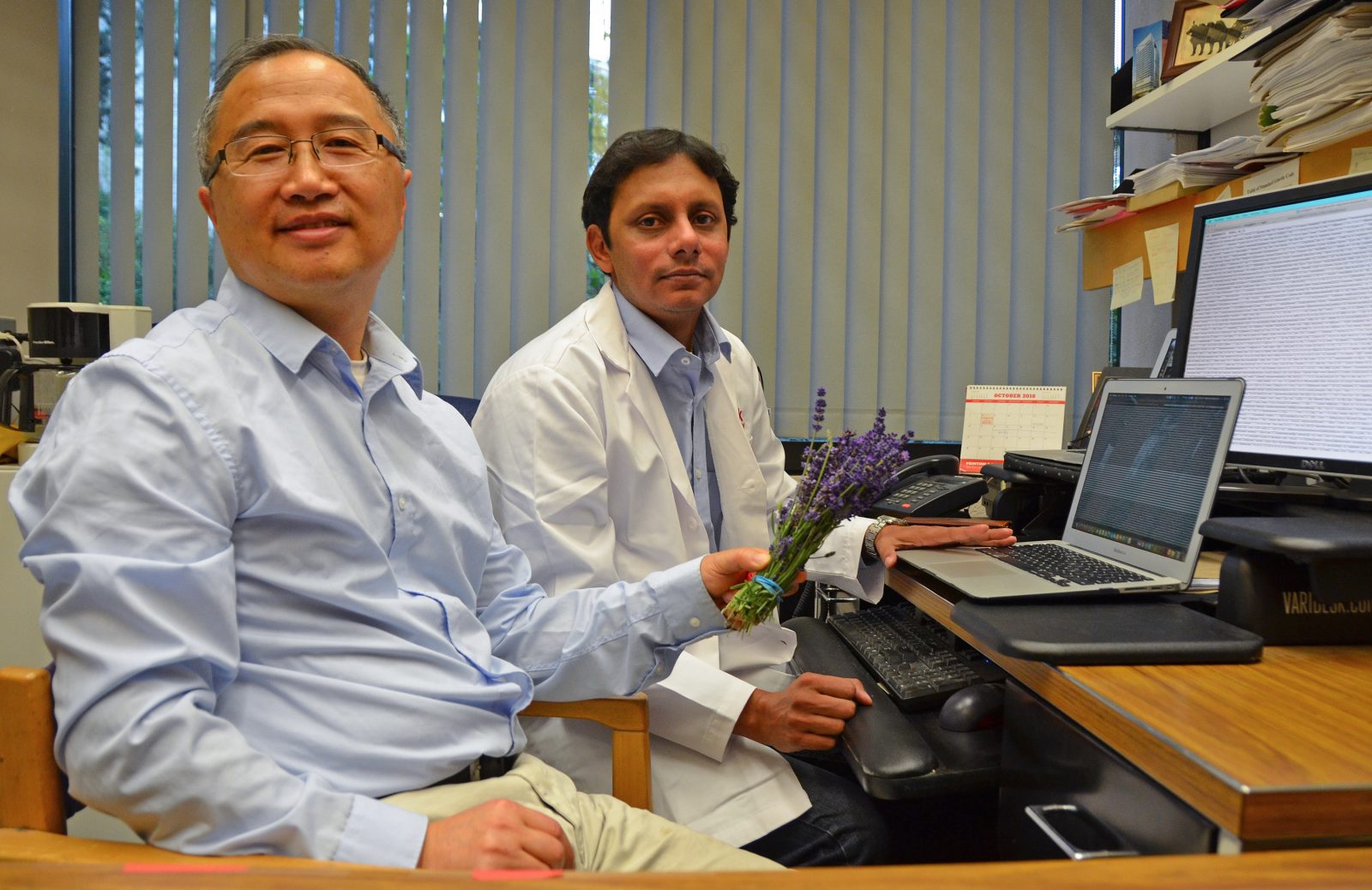 It started off as a hobby and ended up becoming a scientific first.

The lavender garden that Brock University Biological Sciences Associate Professor Ping Liang cultivated at his home inspired him to delve deep into the inner workings of the aromatic herb, whose essential oil is widely used in health and beauty products.

After four years of meticulous study, the researchers recently announced that they were the first to sequence the genome of the lavender plant.

“Knowing the lavender’s genome will help the breeder make the plants more profuse,” said Liang. “We know what genes to manipulate to get what we want, which is a higher yield of essential oils from the plant.”

A genome — the entire genetic material of an organism — contains all the information needed to build and maintain that organism. Genomes are stored in long strands of DNA, while genes are housed in short DNA strands.

DNA is made up four letters — A, G, C and T — which repeat themselves in strings of different combinations. Sequencing involves determining the order of those letters. Liang and his team collected the lavender plant’s DNA and sent it off to a commercial DNA sequencing centre, which broke the DNA into tiny fragments, identified the letters in each fragment and transmitted the data back to the team.

Malli’s job was to re-assemble the strings of 870 million letters to form a ‘draft’ genome sequence. Sequences are continually updated as scientists learn more.

“It’s like putting together a jigsaw puzzle: each copy is not complete, you only get a very small portion of it,” said Malli. “You start on the small pieces and eventually you recover the entire original picture.”

Once an organism’s genome has been sequenced, scientists can then translate it to discover more about the organism.

“The next part is to figure out what’s inside the genome; that’s called genome annotation,” said Liang. “We find out what the genes are, what they do, where the genes are and what their relationship is to the property of the plant.”

He said results so far have been highly encouraging.

“We can see why this plant is generating so much essential oil because it has many copies of genes unique to essential oil-producing plants,” said Liang.

The sequenced lavender genome will help breeders create cultivars that meet specific requirements, such as the levels of certain chemicals that determine scent quality and quantity, through the selection of particular genetic markers.

Interested industries can use the genome sequences to test out different cultivars to choose the ones that lead to the most efficient production of lavender essential oils. The data can also help find markers for DNA testing of lavender plants, which have a large number of cultivars that can be confusing due to the use of synonyms and homonyms.

“It’s like a paternity test,” said Malli. “Once we identify the markers and develop the test, we can be clear about the genetic identity and relationship of different lavender cultivars and use these markers to help breed lavender plants with a better yield and quality of essential oils.”

The lavender plant is a member of the mint family. In addition to having what is widely considered a pleasant aroma, research has shown it has a host of medicinal benefits, such as helping to heal minor cuts, insect bites, fungus infections and anxiety. Earlier research by Mahmoud explored lavender’s ability to be a natural pesticide.

The research team’s findings are reported in the Sept. 29 issue of the journal Planta.

Research funders include the Natural Sciences and Engineering Research Council of Canada, Canada Research Chair Program and the Investment Agriculture Foundation of B.C., and was made possible by Compute Canada/SHARCNET high performance computing facilities.