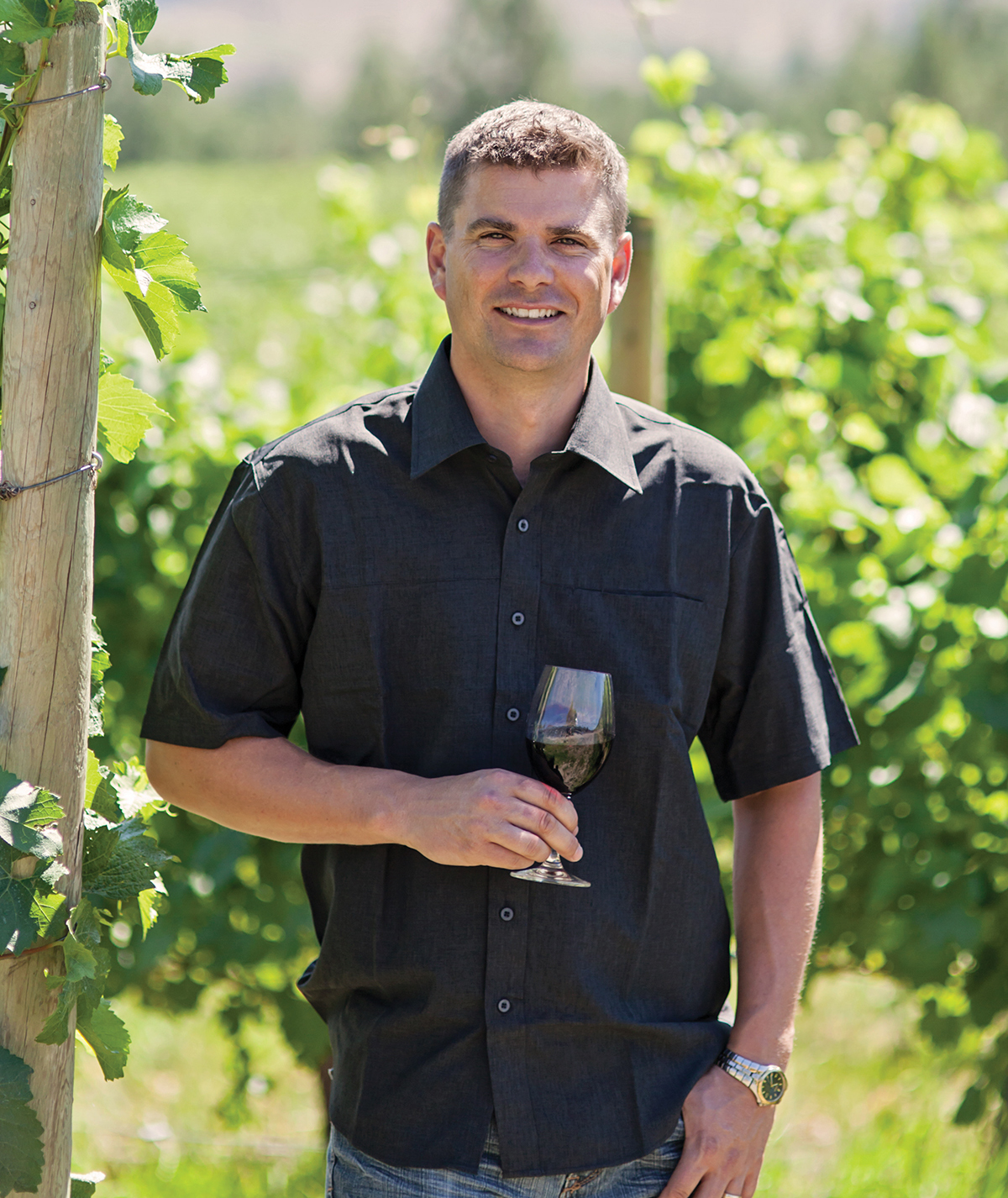 Lead winemaker Derek Kontkanen in the vineyard at Inniskillin Okanagan. The graduate of Brock’s Oenology and Viticulture program has again won a top wine award at an international competition.

A graduate of Brock’s Oenology and Viticulture program has once again been recognized for his winemaking at one of the most revered and influential wine competitions in the world.

“To be considered to have one of the best dessert wines in the world is quite an achievement and something to be very proud of,”  Kontkanen said of the honour.

The award-winning wine was his Inniskillin Vidal Icewine 2016. This is now the third time he has received this prestigious award at the IWSC, winning back-to-back years in 2010 and 2011 for his Riesling Icewines from Jackson Triggs Okanagan.

“The first time was quite a thrill,” Kontkanen said. “The third time is like the cherry on top of the cake. It is a great thing to be recognized for.”

Kontkanen credits his success to his research at Brock’s Cool Climate Oenology and Viticulture Institute (CCOVI). Working under the supervision of CCOVI Director Debbie Inglis, he pioneered a way to condition the yeast fermenting Icewine to positively accentuate the wine.

“We looked at how to get the yeast its healthiest, to help reduce the amount of volatile acidity that gets created during fermentation,” said Kontkanen.

The technique also reduces the fermentation time, limiting some of the stresses that can take away from the quality of the Icewine.

“When I moved out west, I started using that technique and have been using it ever since,” he said.

Kontkanen has always been fascinated with biology and chemistry, which he says led to his desire to learn the art of winemaking. He joined Arterra Wines (then called Vincor) almost 20 years ago for a co-op placement at Inniskillin in Niagara. In 2004, he moved out west as an assistant winemaker at Jackson Triggs Okanagan. He moved up to become head of white wine production and is now the lead winemaker at Inniskillin Okanagan. This is his fourth vintage there. His assistant winemaker, Anthony Coop (BSc ’14, OEVC ’15), is also a graduate of the Oenology and Viticulture program at Brock.

“I am so very proud to see Derek receive this well-deserved recognition,” Inglis said. “CCOVI is committed to training highly qualified people for the grape and wine industry, and ensuring research outputs get implemented into industry practice. This being his third time winning this prestigious award speaks volumes to the value of what he pioneered for the industry.”

Kontkanen describes making Icewine as a labour of love, which makes this top award for Best Dessert Wine that much sweeter.

“When you bring the fruit in, it is long days and long nights. We run 24-hour shifts to process everything,” Kontkanen said. “But the result is wine that is quite unique for Canada and we have excelled at it.”