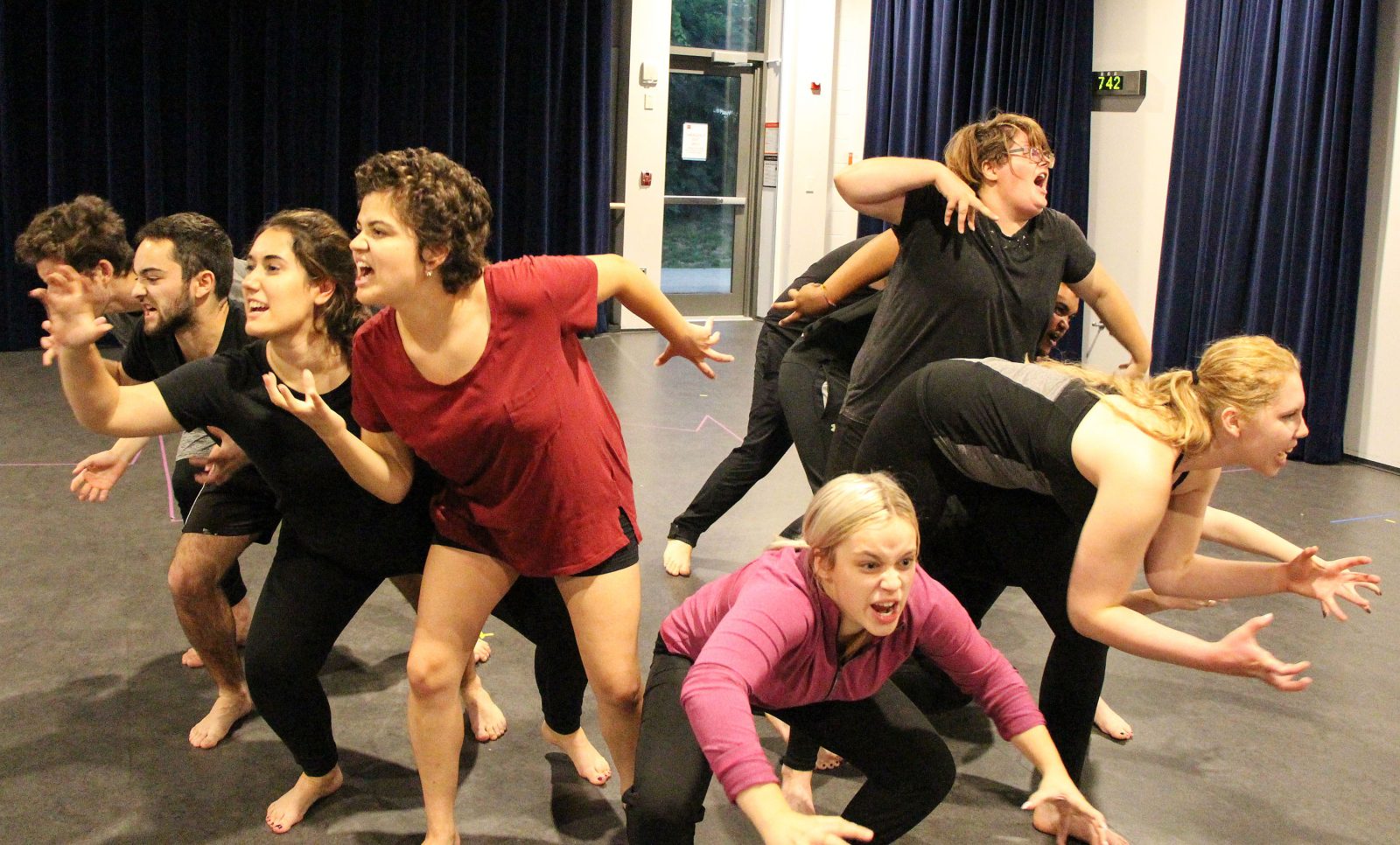 Students in the DART undergraduate program have been rehearsing for months to bring the classic Greek tragedy Antigone to life on stage with a run beginning Oct. 26

Sophocles’ Antigone may be more than 2,500 years old, but its relevance to the #MeToo and civil rights movements of today makes it resonate as strongly now as when it was first written.

The new mainstage production from Brock University’s Department of Dramatic Arts (DART) tells the story of a woman rebelling against patriarchy and the establishment — a woman who is willing to sacrifice everything to stand up for what she believes is right.

Antigone’s tragic protest against King Creon’s prohibition of mourning her dead brother makes the audience question what choice we have when our personal beliefs conflict with the laws of the state. The play also examines the effects that gender inequality and unbridled power have on society.

DART faculty member Mike Griffin, who adapted and directs the production that will run at the Marilyn I. Walker Theatre, said the classic Greek tragedy was the perfect fit for the first mainstage performance of the 2018-19 season.

“Antigone is one of the oldest examples of a powerful, independent female character in theatre and literature,” he said. “It is eerily unfortunate that this ancient world, in which she was born, has many similarities to the one we currently live in, and through that I think the play really speaks to today.

“I also think it’s a fantastic challenge for my students to dive into a story that is really valued as such an influential, classical text.”

Adam Rappold, Assistant Professor in the Department of Classics, worked with Griffin and the cast to dissect the Greek text and highlight major themes of the play pertinent to today’s audiences.

“It is a work which manages to be, at once, both bewitchingly alien while still also familiar enough that it could have been ripped from today’s headlines,” Rappold said. “More pressingly for our current moment, it is likely the voice and personality of Antigone herself who continues to speak to audiences — a powerful and decidedly female scream of rage against iniquity and oppression, which, even after more than two centuries, refuses to be silenced.”

With a contemporary approach to an ancient story, this production blends classical text with movement and image-based storytelling and explores a rich score of ensemble choral voices. The adaptation explores a shattered world touched by both contemporary and ancient times through a collage of poetry and physical theatre.

“My vision is to paint Antigone as a strong woman, with the caveat that a strong woman should not be a stereotype but a norm that we are very familiar with,” Griffin said. “Hopefully her presence in standing up for what she believes in is something that can potentially propel audiences forward to feel confident in thinking that ‘when injustice happens to me, I will stand up for what’s right.’”

Tickets for the show are $18 for adults and $15 for students and seniors. There’s also a $10 group rate and a $5 eyeGo high school program rate available. Tickets are available through the FirstOntario Performing Arts Centre box office at 905-688-0722 or on the PAC website.