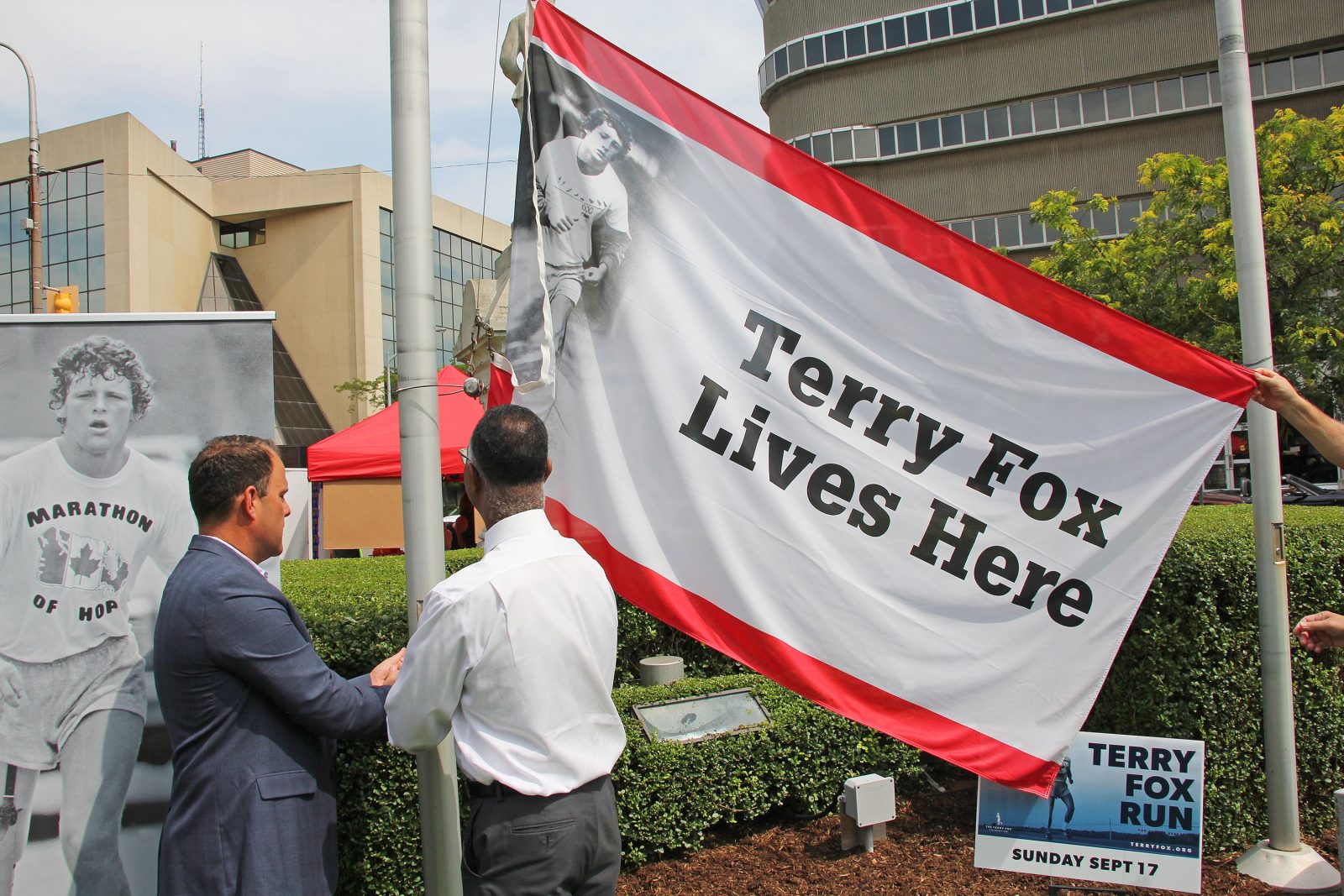 Her eyes light up when she describes how her supervisor, Professor of Health Sciences Martin Tammemagi, has come up with a lung cancer risk prediction model that is highly effective in catching the disease in its early stages when combined with screening and follow-up.

Mahmud’s studies involve fine-tuning the model that Tammemagi created — thanks to funding from the Terry Fox Research Institute (TFRI).

“I’ve been really surprised and happy with all the work that has been done towards cancer research, especially lung cancer,” says Mahmud. “I’m grateful to be part of efforts to help Canada have a new system of identifying people who are at high risk through a public practice for lung cancer screening.”

Mahmud will be among speakers at the St. Catharines Terry Fox Run on Sunday, Sept. 16 at Lakeside Park in Port Dalhousie.

Some of that cancer research is being conducted at Brock University.

Tammamagi is co-principal investigator in the TFRI-funded $1.9-million project “The Terry Fox Pan-Canadian Early Detection of Lung Cancer Study: Extension,” with $106,000 of that money going to research being conducted at Brock.

“The prediction model is a tool that is very successful at identifying individuals at risk of developing lung cancer at an early, curable stage, so that is good news,” says Tammemagi.

He and other members of this team are now studying how using exposure to air pollution and genetic variation can add to, and improve, lung cancer prediction.

“Regarding interim results coming from our study in Canada and Australia, testing our lung cancer risk prediction model against the current U.S. guidelines for selecting individuals for screening, we are finding that our model is detecting more lung cancers,” says Tammemagi.

In addition to conducting research, Brock University is also an enthusiastic participant in the run itself.

Over the past three years, Brock students, staff and researchers have been part of the Brock team at the St. Catharines run, raising more than $2,000.

Dan Dakin, Manager, Communications and Media Relations, who is Team Captain for the Brock team, encourages the University community to continue its involvement in the Terry Fox Run.

“We’re proud of the TFRI-funded research taking place here at Brock and we’re thrilled to be involved in a national event that raises money for such important research,” says Dakin.

Participants can register and donations can be made at the Brock University Terry Fox Run team page.

“For those of us personally affected by cancer, running, walking or cycling five kilometres is only a drop in the bucket compared to Terry Fox’s run across Canada,” Dakin says.

After flooding at Lakeside Park meant the St. Catharines Terry Fox Run had to be hosted at Brock in 2017, the run will return to Port Dalhousie this year. Registration starts at 9 a.m. on Sept. 16 with the run getting underway at 10 a.m.

There are also Terry Fox Runs in Niagara Falls, Thorold, Welland, Niagara-on-the-Lake and Fort Erie on the same day, with representatives from Brock speaking at a number of them.