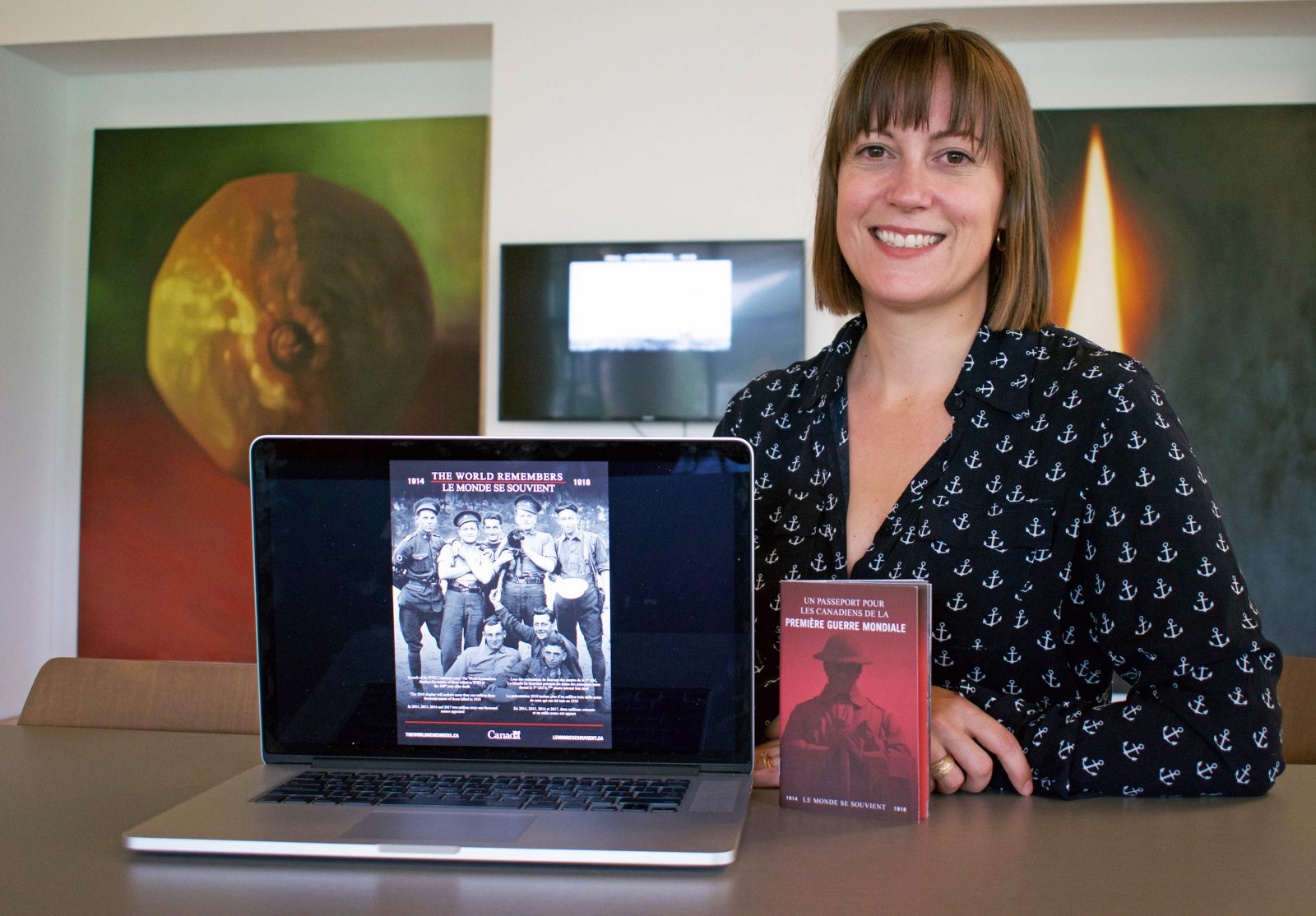 For 12 hours each day for 61 days, the names of those killed in the final year of the First World War will scroll across video screens in Niagara and around the world. Sadly, it will take from now until Remembrance Day to recognize the more than one million men and women killed on both sides of the conflict between 1914 and 1918.

This November marks the centenary of the end of the First World War, and Brock University is involved in The World Remembers, a Canadian-led international project to commemorate those killed during the war and those who died of their injuries in the years that followed.

On Wednesday, Sept. 12, the names of the dead from 16 nations on both sides of the conflict started appearing on four screens in Niagara, as well as across Canada, the U.S., Switzerland and the United Kingdom. Each name will appear on a precise day, hour and minute.

The multiple sites allow as many students, staff, faculty and members of the Niagara community as possible to participate in this shared commemoration, says Elizabeth Vlossak, Associate Professor of History and Director of the Marilyn I. Walker School of Fine and Performing Arts.

“The displays become destinations as people make their way to the nearest location to view the names of lost relatives or family friends,” she says. “But the displays also disrupt public spaces, as we witness and remember the more than one million men and women who died in the war.”

R. H. Thompson, co-producer of The World Remembers says “memory is part of what makes us human.”

“It is an opportunity to honour the diversity of Canadians caught up in the First World War.”

The names will run for more than 12 hours each day until Remembrance Day. Additional information and the specific schedule can be found on The World Remembers website.

Additional information is available at each site in Niagara covering topics such as the experiences of Indigenous people and ethnic minorities in the Canadian Expeditionary Force, the impact of war on mental health and the role of music in the First World War.

The local installation was initiated by Jim Doherty, President of the Niagara Military Museum, who was inspired by The World Remembers’ earlier projects. Doherty brought the idea to The History Lab collaborators, Associate Professors in the Department of History Elizabeth Vlossak and Maria del Carmen Suescun Pozas.

Four locations have been chosen for the display. At Brock, the names can be seen in the Matheson Learning Commons and in the library of the Marilyn I. Walker School of Fine and Performing Arts. The Niagara Falls Public Library is also hosting the display at their Victoria Avenue and MacBain Community Centre branches.

“We are so pleased to be a part of this project, especially at this time of year when we formally honour and remember our veterans,” says Alicia Subnaik Kilgour, CEO and Chief Librarian at Niagara Falls Public Library. “This is such a thoughtful way to commemorate and remember the sacrifices made by some of our Canadian veterans from the First World War.”

The presentation is a collaboration between the History Lab, Niagara Falls Public Library, the Department of History, the Centre for Canadian Studies, the Marilyn I. Walker School of Fine and Performing Arts and Brock’s Marketing and Communications department.

The final name in the display will appear at sunset on Nov. 11 and a special commemoration event is being planned.

What: The World Remembers