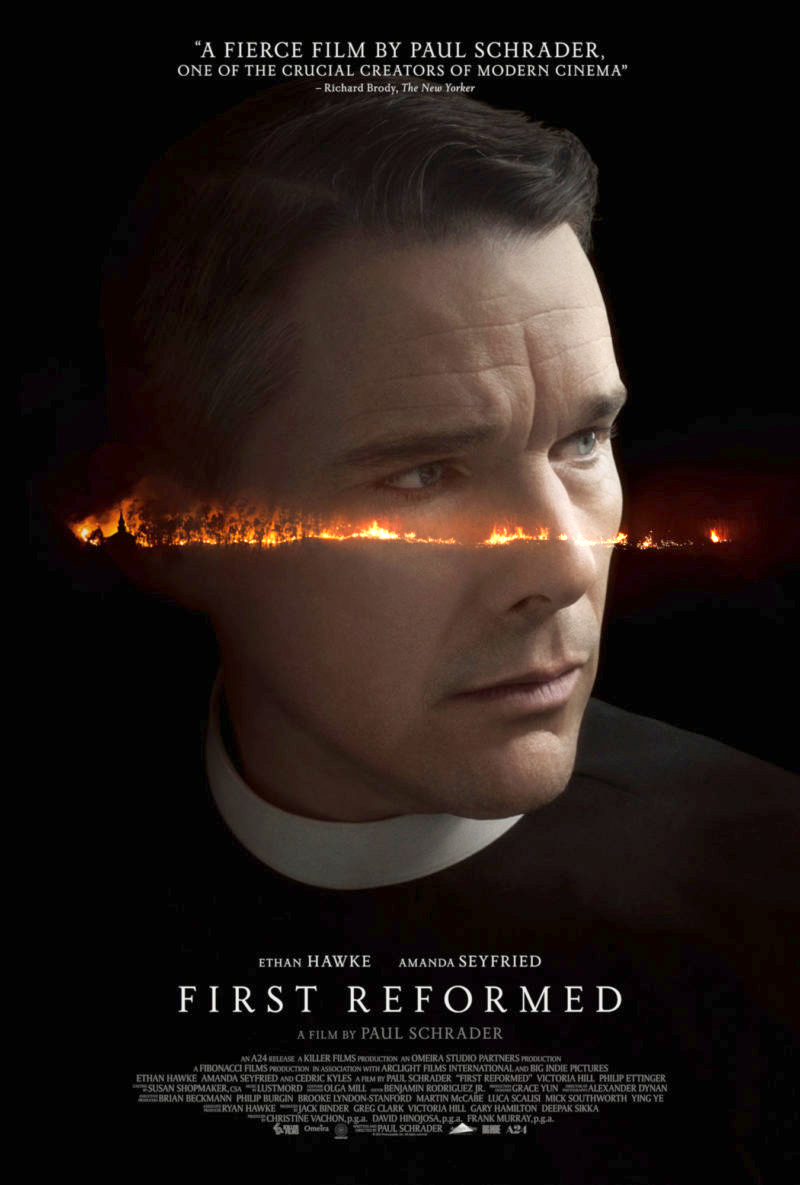 Best known for works such as Taxi Driver, American Gigolo and Affliction, Schrader will be familiar to students of recently retired Brock Professor Barry Grant, who used Schrader’s piece on film noir as a staple in all four editions of his book Film Genre Reader.

First Reformed is a gripping thriller about a crisis of faith that is at once personal, political and planetary.

The film centres on Reverend Ernst Toller (Ethan Hawke), a solitary, middle-aged parish pastor at a small Dutch Reformed church in upstate New York. Once a stop on the Underground Railroad, the church is now a tourist attraction catering to a dwindling congregation. When a pregnant parishioner (Amanda Seyfried) asks Rev. Toller to counsel her husband, a radical environmentalist, the clergyman finds himself plunged into his own tormented past and equally despairing future, until he finds redemption in an act of grandiose violence.

For more than 40 years, the Department of Communication, Popular Culture and Film has hosted the film society (previously known as a series) to bring some of the best in independent, international and Canadian cinema to St. Catharines.

Tickets are available on the evening of screenings at the Film House at the FirstOntario Performing Arts Centre in downtown St. Catharines.

General admission is $9 or $7 for members, plus tax. Memberships are available through the Film House website.