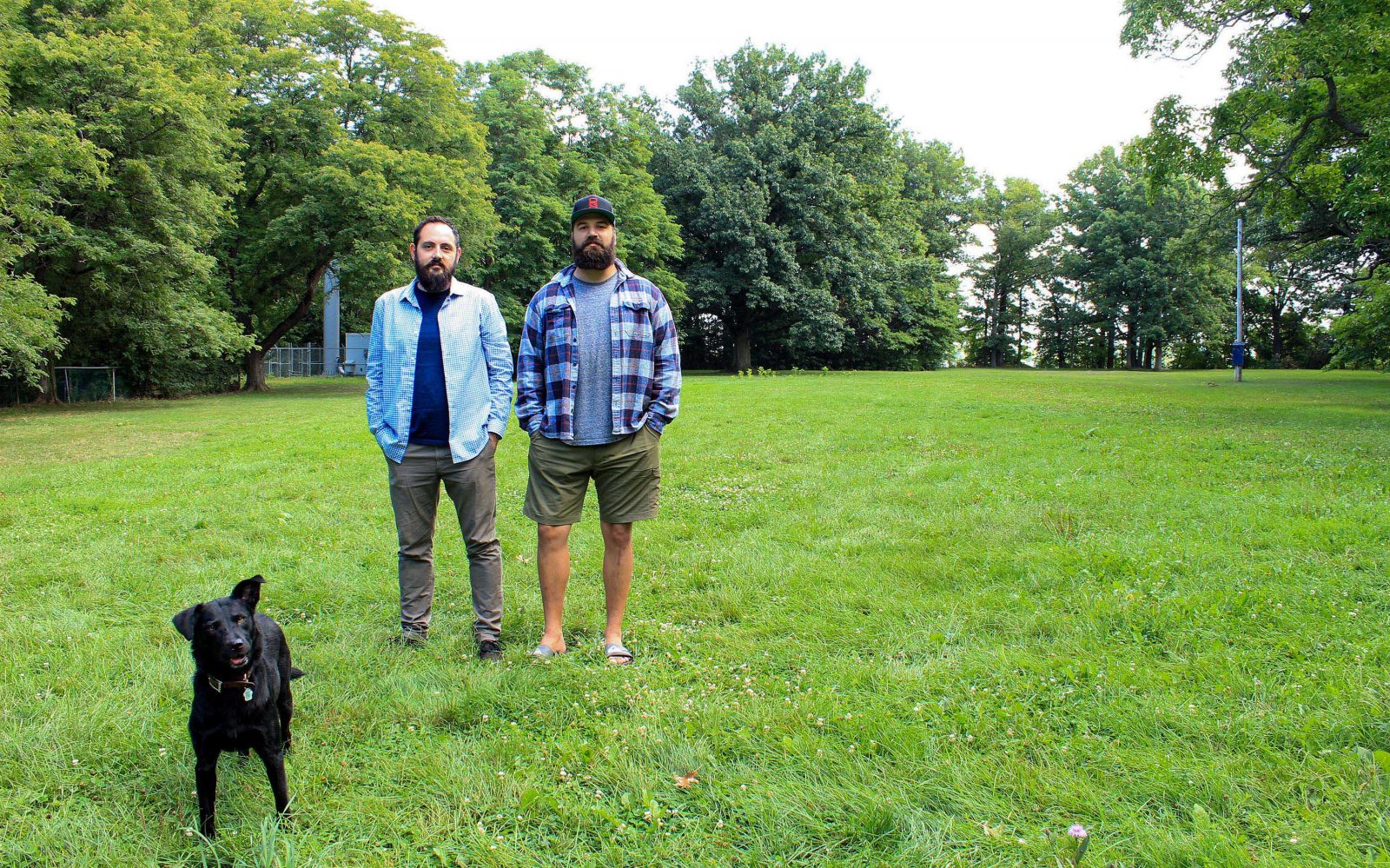 A music tradition that began in a Brock family’s backyard more than 20 years ago will have its sounds resonate across picturesque Henley Island this fall.

Cicada Music & Arts Festival started as an annual gathering of family and friends at the St. Catharines home of Thom Lepp and Karin Perry, Brock’s Program Co-ordinator, Training and Development for the Faculty of Graduate Studies.

The event began as a platform for budding neighbourhood musicians to share their craft, including Lepp and Perry’s son Evan, who is now a Brock Geography student.

When the festival outgrew the backyard, Lepp organized the event at various Niagara venues.

Although he passed away from cancer in 2017, the festival he created to foster young singer-songwriters continues in his honour. Three former Brock students — Ben Goerzen, Erik Dickson and Kaitlin Sanders — have taken up the challenge this year of organizing an expanded version of Cicada on Saturday, Oct. 13.

All profits from Cicada Music & Arts this year will benefit research and awareness for prostate cancer and mental health through the Movember Foundation Canada.

As a child, Goerzen used to perform on Lepp and Perry’s backyard stage. He has now taken on the role of Cicada’s director, while Dickson (BA ’11) is the festival’s artistic director and Sanders, who studied Economics at the University, is managing vendors and media relations.

Goerzen, who studied Human Geography at Brock and later coached the women’s volleyball team, said Cicada exemplifies the concept of “Gemeinschaft,” a sense of community that he learned about from Associate Professor Chris Fullerton.

“It’s how we define ourselves in spaces,” he said. “I see Cicada as a perfect example, people coming together and creating a sense of place.”

A lifelong musician and local entrepreneur, Goerzen is driven by a passion for music and community. He credits his experience coaching at Brock for instilling in him crucial leadership and management skills he now brings to Cicada.

Similarly, Dickson’s extracurricular activities provided valuable experience. After completing his studies in Political Science, he continued to work at Brock, acquiring marketing and graphic design skills on the job before transitioning to music promotion.

The friends hope that Cicada will become a fixture in Niagara’s music scene and are already talking about what the festival might look like over the next five years.

“I see this as an opportunity to give back to a community that has given so much to me,” Dickson said. “Brock brought me here, and Brock keeps me here.”

For information on the event, to volunteer or to purchase tickets, visit the Cicada Festival website.