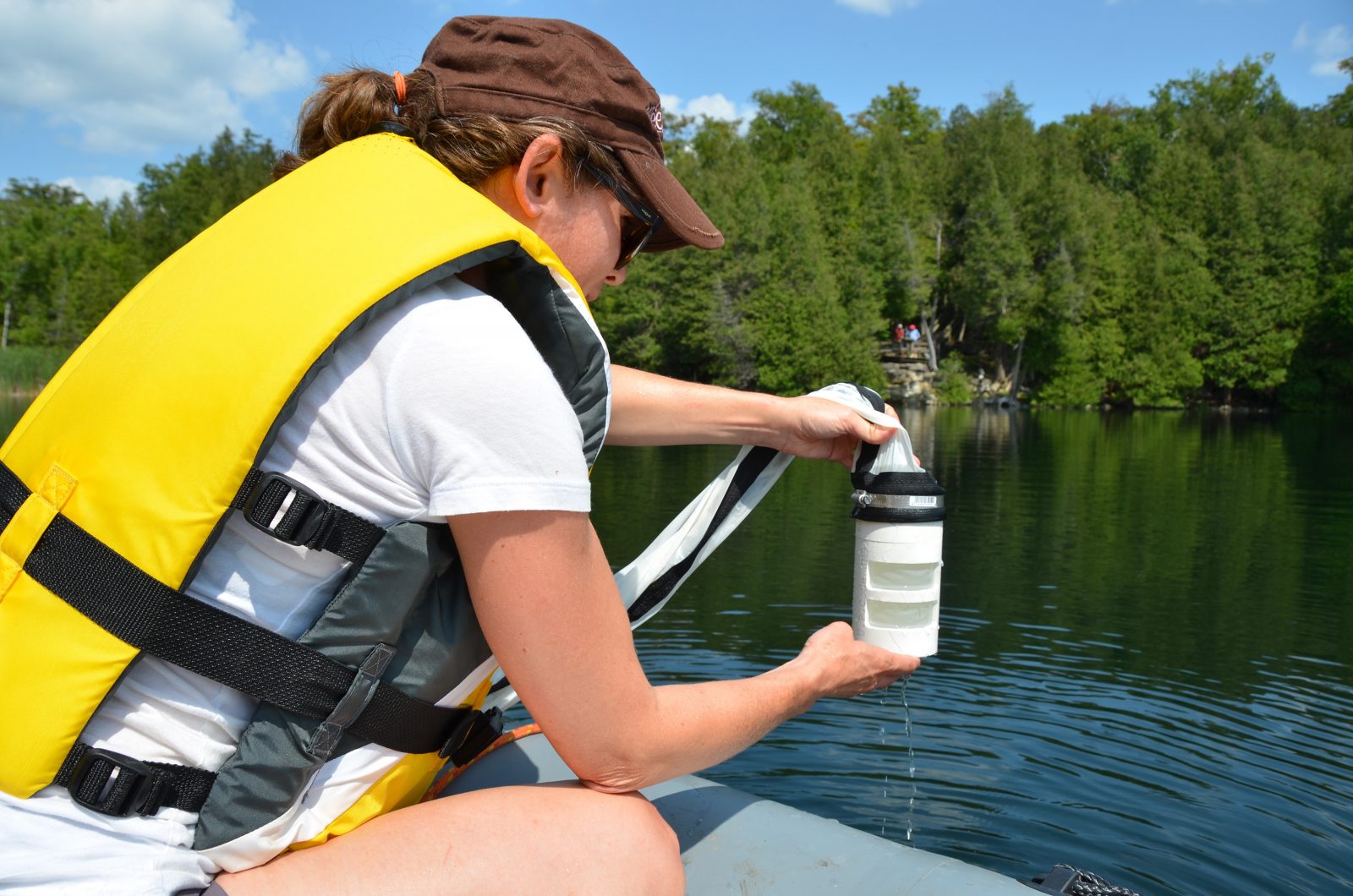 It’s like taking a photograph of Earth every year for a thousand years.

The difference is that the ‘camera,’ in this case, is a freeze core, a long, hollow aluminum tube filled with a mixture of dry ice and ethanol to cool it to minus 80 degrees Celsius.

On Tuesday, Aug. 14, a group of researchers from three universities and led by Brock University Professor of Earth Sciences Francine McCarthy used a freeze core to gather layers of sediment spanning the last millennium from the bottom of Crawford Lake in Milton. 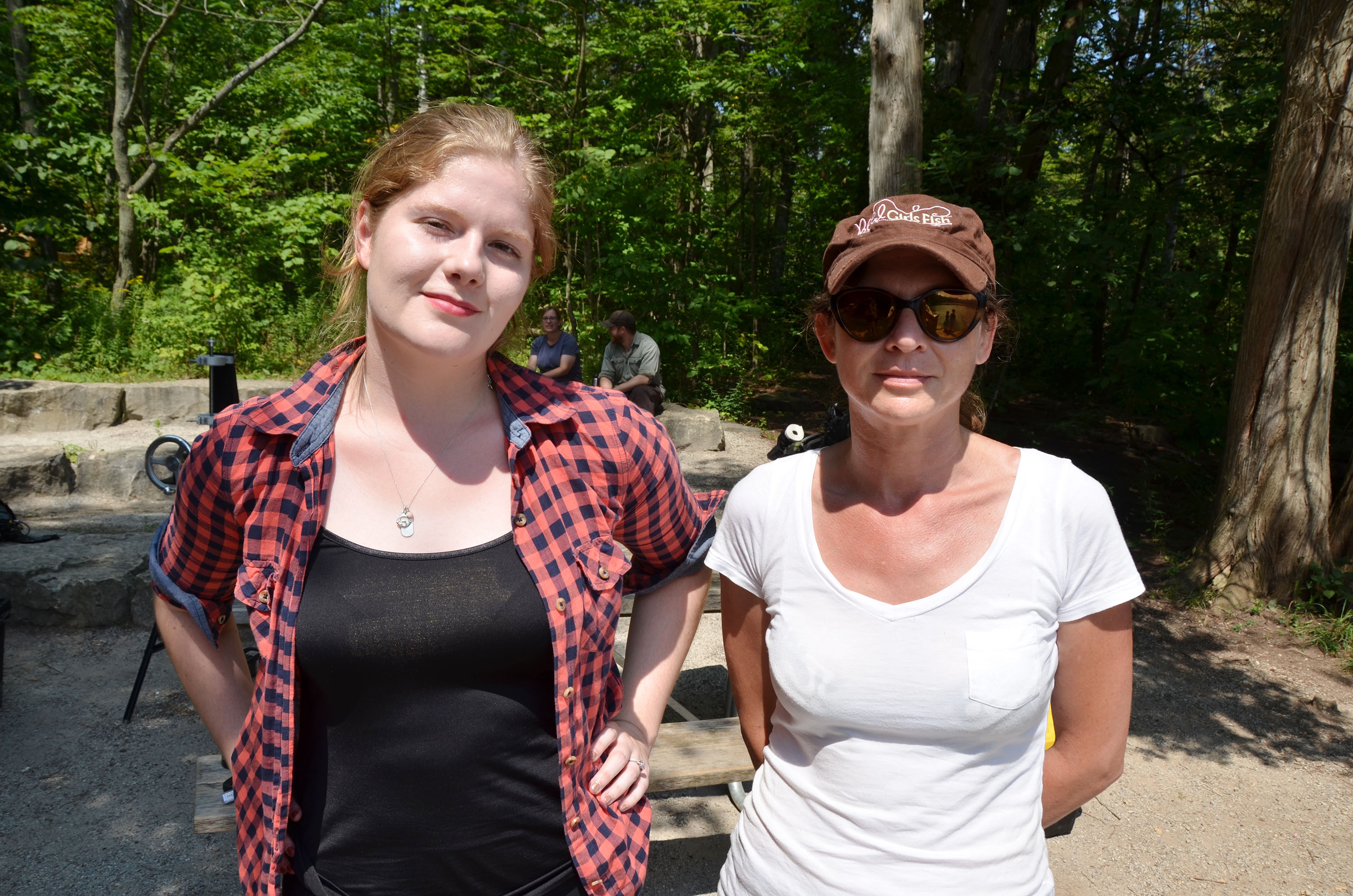 Master’s student Autumn Heyd (left) and PhD student Andrea Krueger were among a Brock University-led research team studying Crawford Lake in Milton to be a possible location to define a new geologic epoch called the Anthropocene.

The professors and student researchers from Brock, Carleton and McMaster universities used the freeze cores to collect layers of sediments from the bottom of the oxygen-free depths of the lake, creating ‘tree rings’ of sorts.

They collected the samples in the hopes of confirming a new episode in the world’s geological time scale known as the Anthropocene.

Sediment and rock layers give scientists clues about the Earth’s plant and animal life, human activity, and other details within the planet’s geological time scale. Earth is officially in the Holocene, but the scientific community has identified the mid-20th century as being the start of the Anthropocene.

“Because we have those annual layers of sediment in Crawford Lake, we can tell exactly when 1950 is. We can point to a layer and say, ‘That’s 1950,’ then we have the ideal location,” says McCarthy. “Hundreds of years from now, people will be able to come here to find 1950 and that’s the important thing.”

Gesturing to the raft, McCarthy explains what lies ahead for the research.

“Over the next year or two, my colleagues and I, along with students, are going to be analyzing and comparing what went on before 1950 and after,” says McCarthy.

She points out that an obvious example of time stamping would be more lead in the sediment from before gasoline went unleaded.

If they find what they’re looking for in these sediments, the research team will make a submission to the Anthropocene Working Group (AWG), an international group charged with evaluating proposals on where evidence of the Anthropocene can be best seen.

If the AWG were to vote in favour of using Crawford Lake, the proposal would then be evaluated by the International Subcommission on Quaternary Stratigraphy, chaired by Brock Professor of Earth Sciences Martin Head.

Head, who is also a member of the AWG, says that the Anthropocene is distinctive from the Holocene in that that human activities have shifted the way our planet is now behaving as an integrated system.

This shift is known as the Great Acceleration, a mid-20th century phenomenon associated with global industrialization, commercialization and a huge increase in energy use.

“Since the beginning of the Anthropocene, we may have actually exceeded the ability of the Earth’s system to self-regulate in ways that it did before, so that’s why the Anthropocene is important on a number of different levels,” he says. 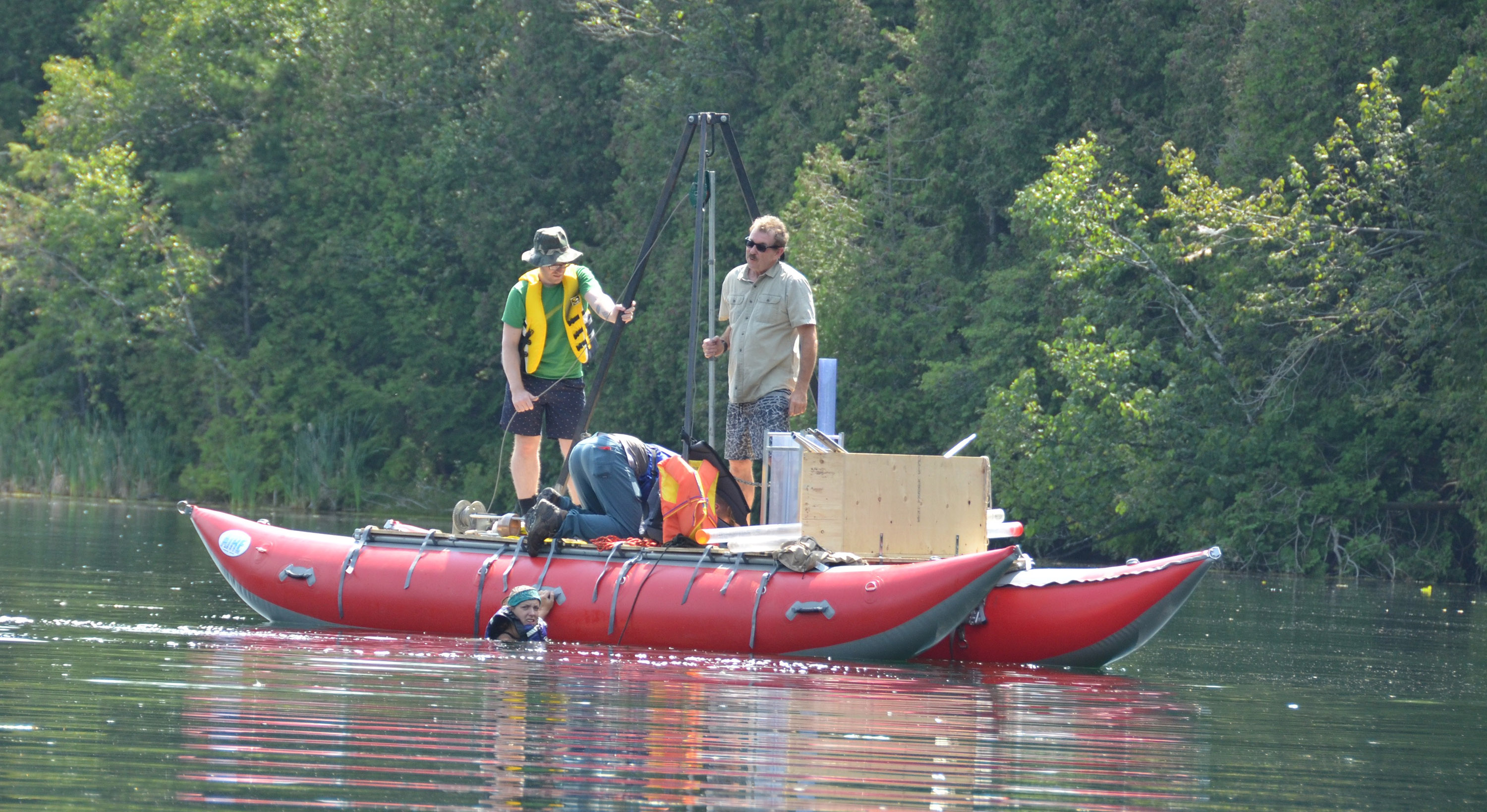 A Brock University-led research team lowers the freeze core into Lake Crawford to collect sediments as part of an effort to identify the lake as being a possible location to define a new geologic epoch called the Anthropocene.