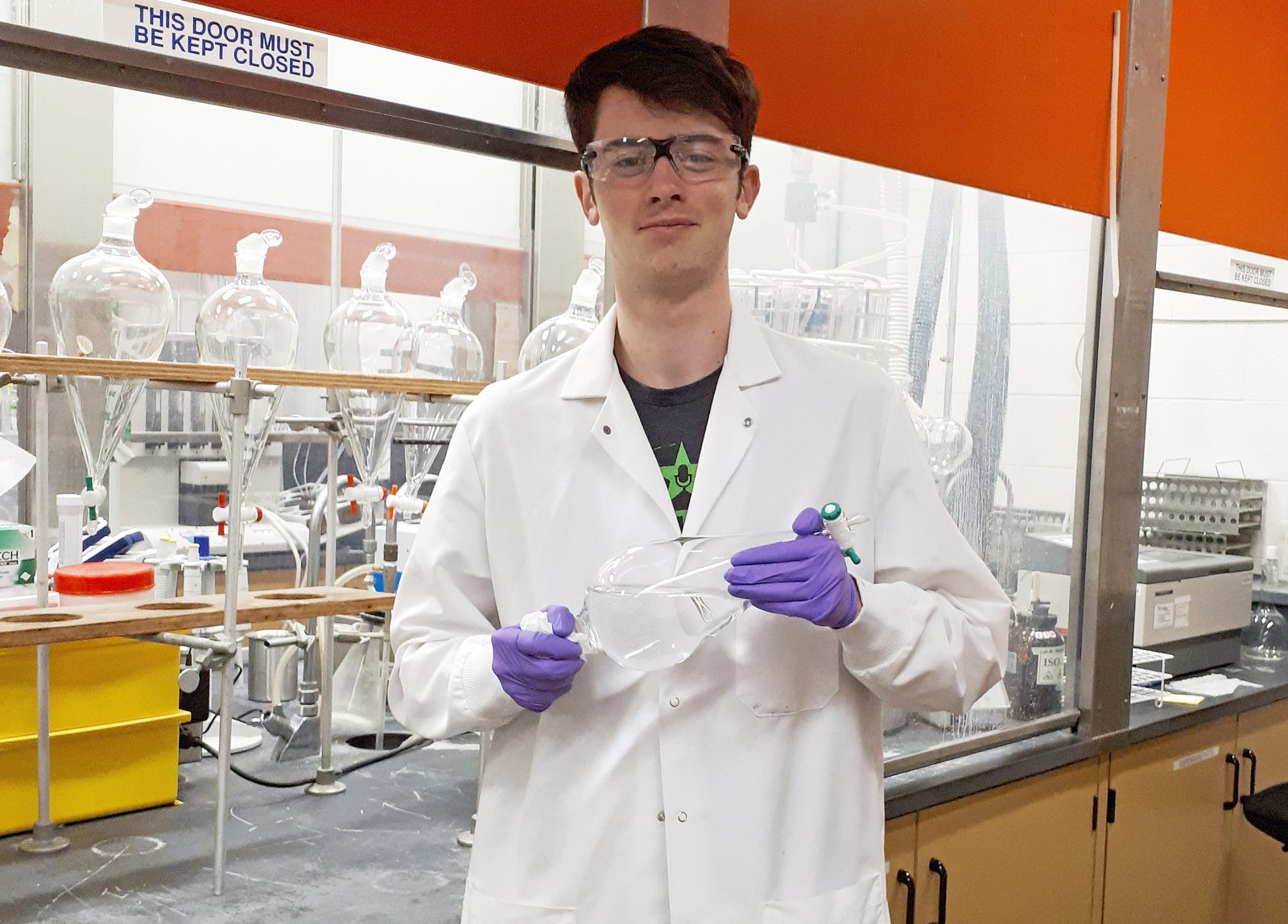 Sean Wilson is testing the waters of full-time work in the biochemistry field.

After completing two-and-a-half years of his Biochemistry degree at Brock, the 21-year-old Newmarket native has taken on a full-year co-op position with Environment and Climate Change Canada.

Though co-op work terms normally last four months, Wilson felt the longer term working as a laboratory technician in Burlington would help to further his career. The organization, he said, was an ideal place to gain some valuable real-world experience.

“I’ve always been environmentally conscious, and I wanted to get some work experience that would make me stand out,” he said. “When Kristen Richardson, one of Brock’s employer development managers, told me about the opportunity, I knew it would be a great fit and I applied for the position.”

Since beginning in the role in January, Wilson has had the opportunity to develop a slate of new skills.

“I have learned how to work with a program called Mass Hunter that allows me to analyze data from our extractions, as well as gained valuable experience with analytical equipment that evaporates solvents,” he said.

But it was conducting chemical extractions to test for carcinogenic compounds in water that really connected Wilson’s Biochemistry studies to his current work.

“We get samples sent to us from Alberta and I test for specific alkylated polycyclic aromatic hydrocarbons from the tar sands near Fort McMurray to make sure they are not entering the Athabasca River and harming the wildlife that lives there,” he said.

To accomplish this task, Wilson needs to apply analytical techniques to isolate the compounds he is looking for.

“The compounds exist in water, but there are techniques, such as solid phase extraction, that put the chemicals onto a cartridge. We then remove them with solvents for further testing,” he said.

Wilson has mastered the extraction process since beginning the term, but has also learned the importance of asking questions along the way. He also developed confidence in requesting additional tasks from a co-op supervisor.

“If there is something you want to do, make sure you ask to see if you can and then what steps you need to take to do it,” he said.

In Wilson’s case, this meant further assisting his coworkers by going above and beyond what was expected of a co-op student and working to develop a more effective method for his extraction.

“We are changing the style of pump we use,” he said. “I’m taking charge of the change and testing the new pump. We have been running quality-control samples and getting better results so far.”

With valuable experience to add to his resumé and four more months of his work term remaining, Wilson is confident the choice to take part in the University’s co-op program will pay dividends both during his studies and when he enters the workforce.

“Co-op has been a huge help,” he said. “I’ll finish my degree a bit later than others but I will have a leg up with one year of chemistry experience in a government lab. It also gives me a good idea of what I want to do in the future.”

Julia Zhu, Co-op Education’s Associate Director, said the value of getting students into the workplace during their studies cannot be overstated.

“Being able to apply their studies in real-world situations is the reason 80 per cent of employers view co-op students as potential future employees,” said Zhu. “Sean is providing a great example of the advantage co-op work terms provide.”

After achieving success in his own co-op work term, Wilson also hopes that other students will follow his example and embrace the advantage that co-op education can provide.

“When I was choosing universities, I knew co-op work terms would help me figure out what I wanted to do later on,” he said. “Any job experience you have in undergrad that’s in your field is amazingly beneficial.”

To learn more about co-op opportunities at Brock, visit the Co-op Education website.