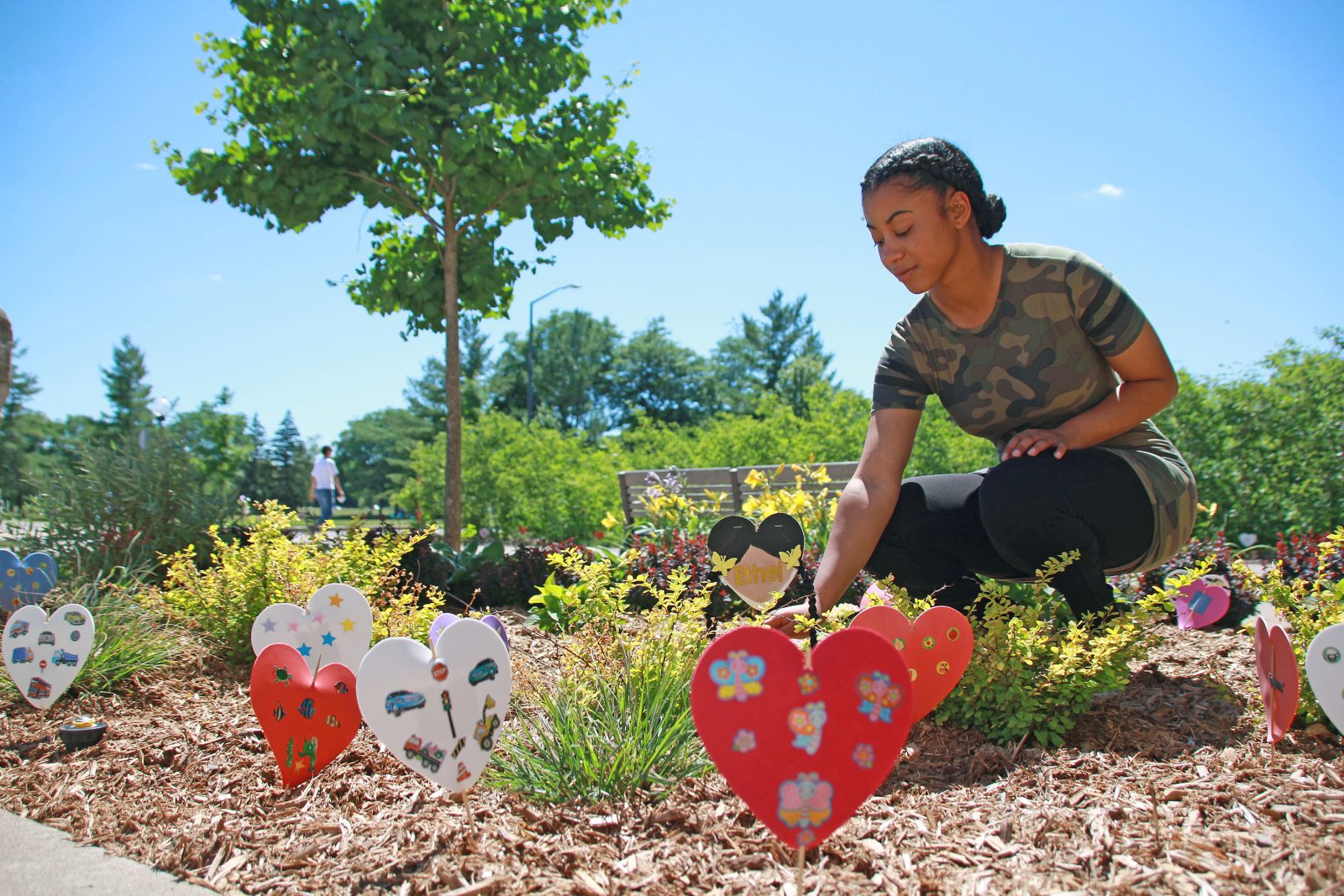 They tore her away from her family at the age of six.

They cut off her hair. Spoke to her only in a foreign tongue.

Stripped her of her culture. Forced her to assimilate.

This is Ethel’s story, one that is tragically similar to those told by countless survivors of the residential school system.

The Indigenous woman, who asked that only her first name be used, shared her harrowing narrative as part of a project recently conducted in an Indigenous Studies Spirituality course at Brock University.

Students were tasked with creating 600 paper hearts to be planted throughout Brock’s gardens to raise awareness of the history of residential schools. The art pieces were planted along with cedar, sage, sweetgrass and other sacred medicines to add to the project’s healing approach. 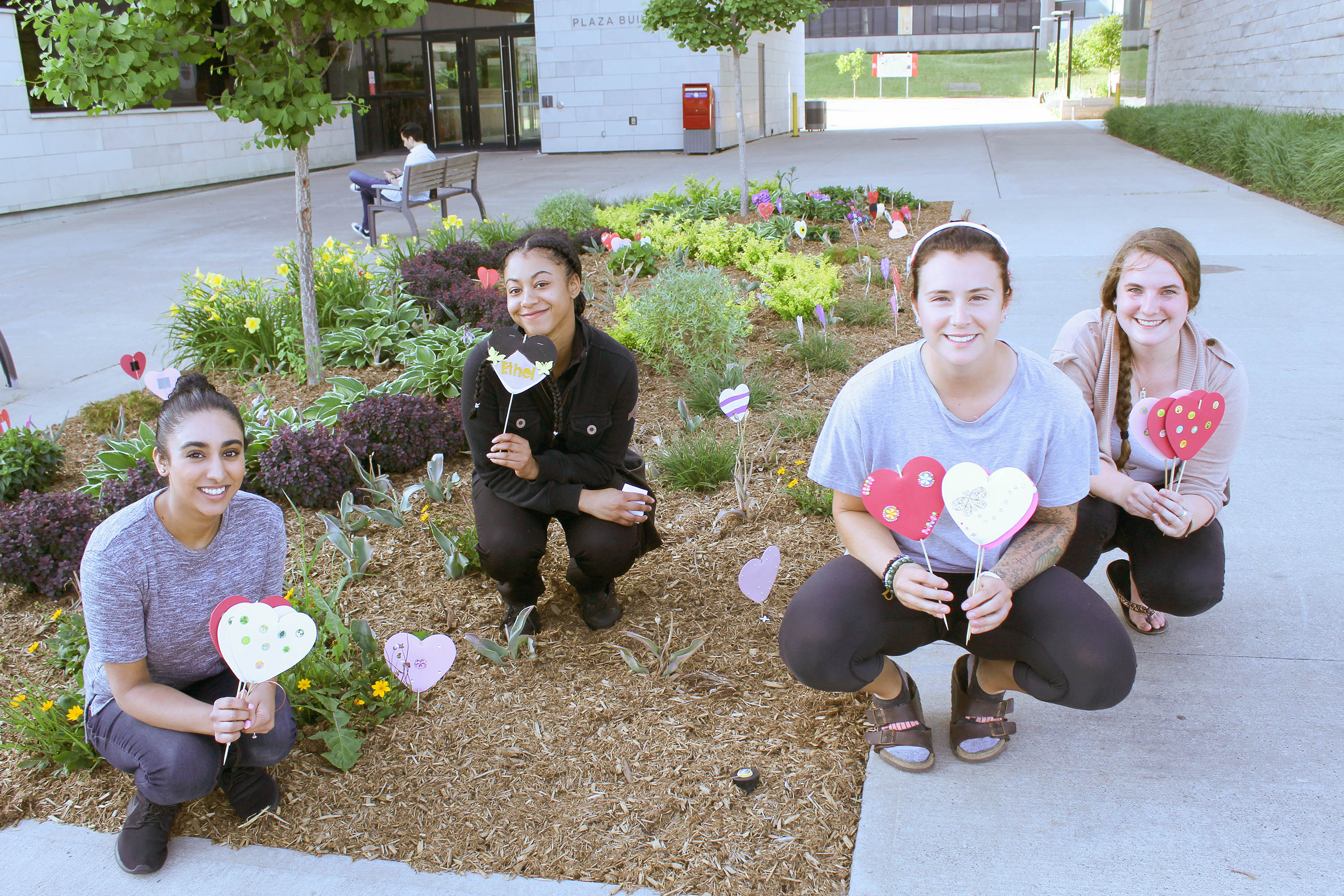 One heart from every student was created to represent the story of a single residential school survivor, learned through interviews or other methods of research.

It was 21-year-old Summer Sayles who had the honour of speaking with Ethel.

The fourth-year Sociology student, who minors in Indigenous Studies, took inspiration from her story, focusing on the pain Ethel felt when having her braids cut off. Braids in many cultures — many Indigenous communities included — are known to hold one’s spirit and power.

“Through my project, I wanted to give Ethel back what was taken from her,” Sayles said as she explained her heart’s design, which features a faceless young girl with long black braids. “She’s faceless because Ethel spoke about having photos of groups of children. She knows she’s in the photos, but doesn’t know which child she is.”

While their conversation was both overwhelming and emotional, Sayles also found it uplifting.

“You never imagine yourself being in a position to speak to someone who experienced such a significant part of history,” she said. “It meant a lot that she was willing to speak with me about it and let me share it in such an artistic way.”

Sharing her story is a part of Ethel’s healing journey and has had an impact on Sayles’ path as well.

“Producing this piece of art also helped me on my own journey with how I’m going to navigate myself as a Canadian who’s occupying Indigenous land,” she said.

Sayles has long been encouraged by her mother to learn about the history of the country she calls home.

“She’s really keen on maintaining an environment that reflects reconciliation in some way,” Sayles said. “I can’t change the entire world, but I can at least change my world. She’s always emphasized that it’s important for me to be educated on who came before me, especially being a first-generation Canadian.”

Sayles is hopeful the heart garden project, in place until Wednesday, July 11, will encourage other students to learn more about Canada’s history and to take at least one Indigenous Studies course throughout their studies.

Educating the public is all part of the path to reconciliation, said course instructor Sherri Vansickle, a lecturer with Brock’s Tecumseh Centre for Aboriginal Research and Education.

“Reconciliation is a buzzword right now, but it needs teeth, it needs depth,” she said. “The way you get to that is creating understanding, helping people to understand a good chunk of the roots and why you need reconciliation.”

Seven generations were forced through the residential school system and healing from that trauma takes time, she said.

“Now I’m using the school system to help with that healing process and for reconciliation.”

To help raise awareness of Indigenous world views, traditions, history and current affairs, Brock launched the speaker series, We Are All in Relation.

The series began in June and continues through July.

Dawn Hill will share her personal experience from the Mohawk Institute Residential School in the next instalment of the series on Wednesday, July 18 from noon to 2 p.m. in the Welch Hall atrium.

Details of other events in the series, hosted by the Tecumseh Centre and Office of Human Rights and Equity, are available online. 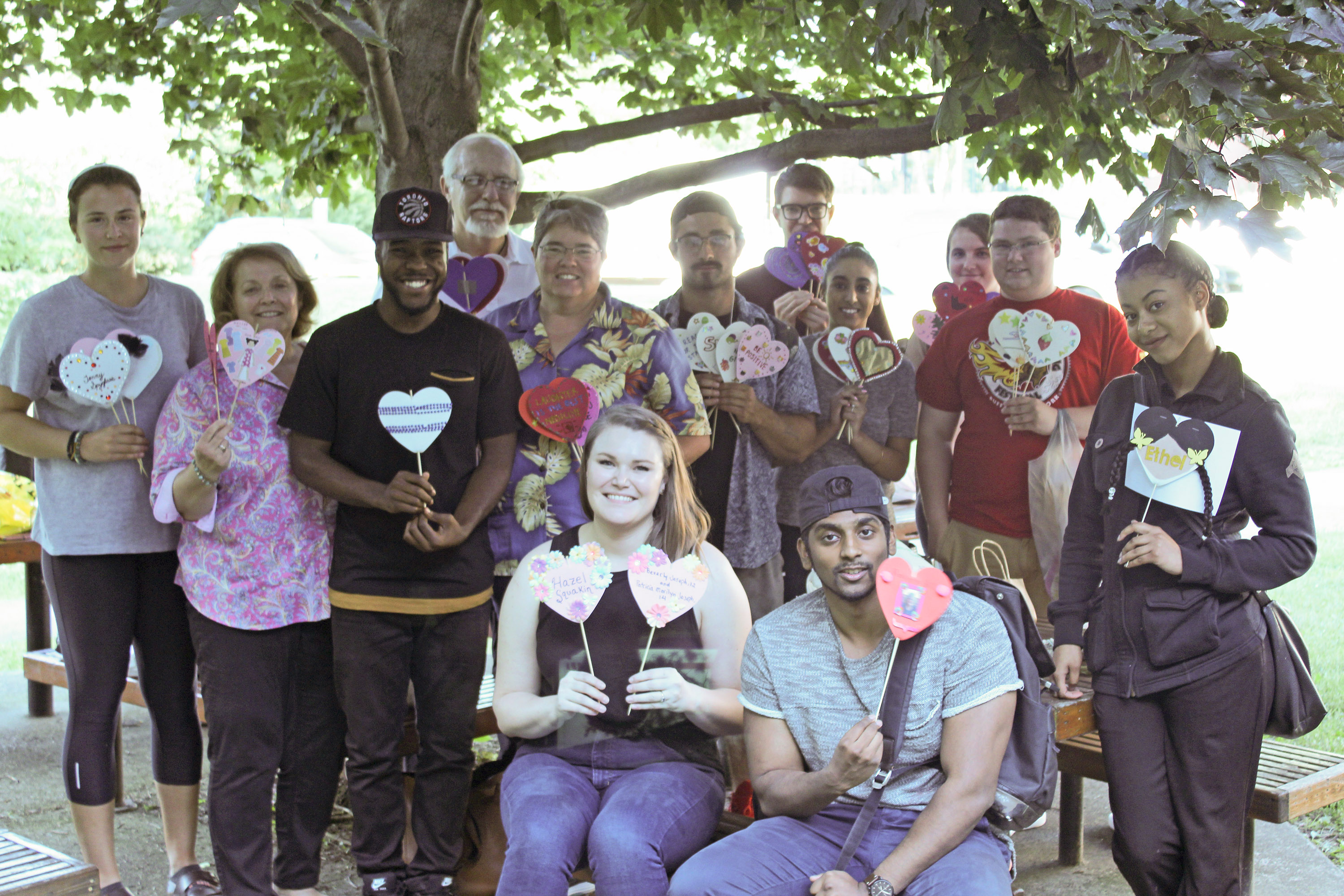