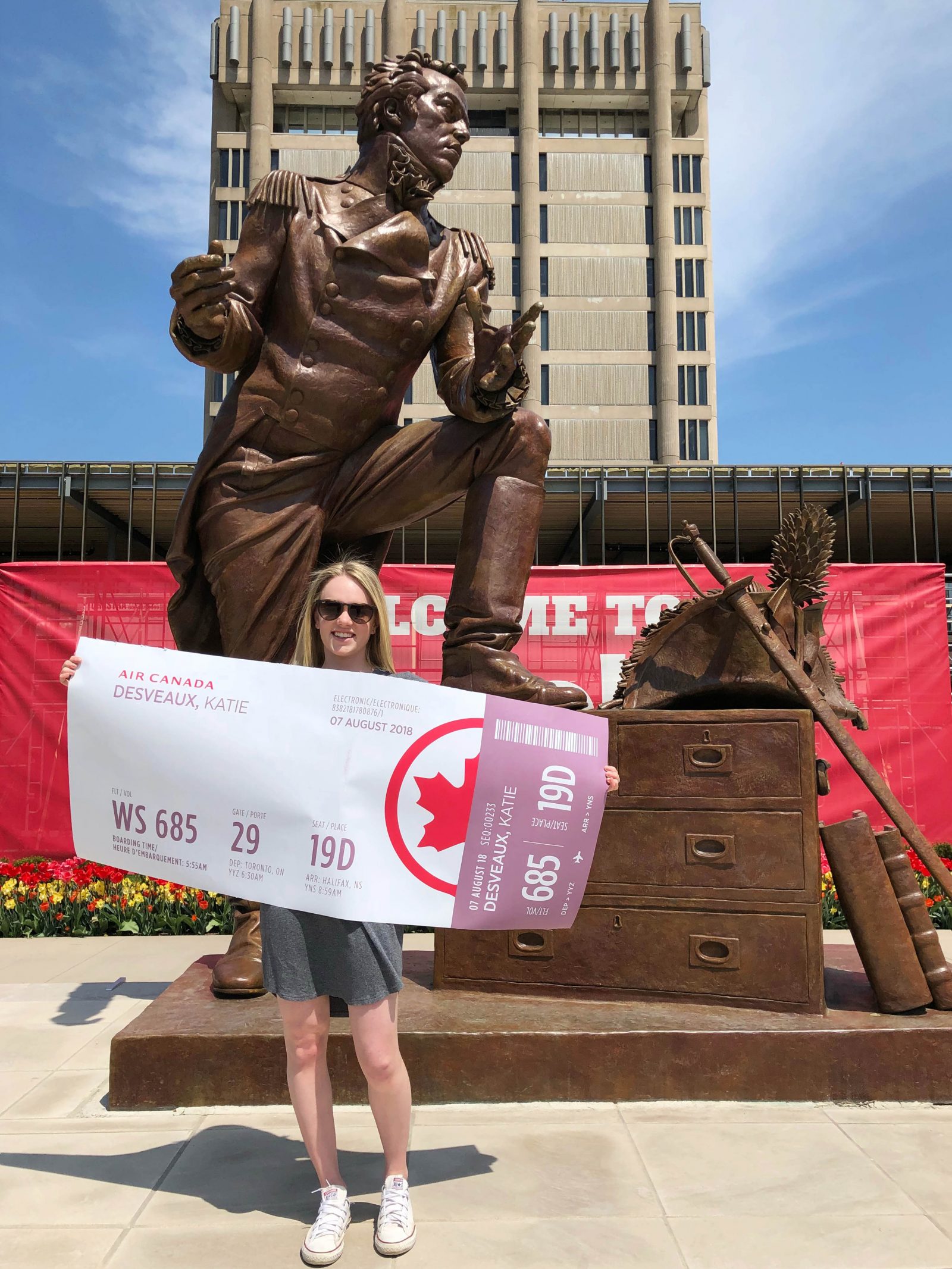 Even as Katie Desveaux wrote down the words, she didn’t believe they would ever come true. The ask wasn’t simple — she wanted to travel across the country to be reunited with her grandfather.

Her wish was soon granted, although not by a fairy godmother or genie from a magic lamp.

Instead, it was thanks to the efforts of the Brock University Students’ Union (BUSU) and various University Faculties, who made Desveaux’s dream trip come true through the annual Wellness Wishes campaign.

In an effort to momentarily take minds off exam season and to ease a little stress, the BUSU-run initiative asks students to write down their wishes in hopes they might come true. It was started in 2016 and has rapidly expanded in the last several years to grant hundreds of wishes to lucky students.

In addition to Desveaux’s trip, wishes granted so far this year include a pair of Converse shoes, hoodies from the Campus Store, a pizza party at Isaac’s Bar and Grill and a yoga membership to Moksha Yoga.

Among the many asks, Desveaux’s desire to see her 97-year-old grandfather in New Waterford, N.S., stood out. Although her request was big, it was one those running the initiative could not deny.

“I never imagined that I would get my Wellness Wish granted,” said the 21-year-old recent Sport Management graduate. “I remember writing it down thinking that it would be amazing because I haven’t seen my grandpa in four years. We talk on the phone regularly and FaceTime on birthdays and holidays, but because of work and school I have not been able to visit when my family went out to see him.”

When Desveaux found out that her wish had been granted, her emotions took over.

“I started crying,” she said. “I’m so overjoyed and excited to go see him. He just celebrated his 97th birthday, so I can’t wait to celebrate with him while I’m there.”

The Toronto resident, who will travel to Nova Scotia for the weeklong stay at the end of June, is also looking forward to some of the smaller joys that come with an in-person visit.

“He loves going for Tim Hortons and for ice cream,” she said. “So I’m going to take him to get both.”

In addition to outings for some tasty treats, Desveaux hopes to spend time soaking up some of her grandfather’s positive character traits as a way to better herself.

“He’s very driven and always wants the best for everyone,” she said. “He looks on the positive side of everything and I try to take that into my life as well.”

For BUSU President Aidan Hibma, helping students with both large and small needs is a rewarding experience he’s proud to be a part of.

With her exams now finished, Convocation behind her and a new job as a Brock recruitment officer to come in July, Desveaux is gearing up for her trip east while also reflecting on other ways the University has promoted wellness throughout her academic career.

“Brock has so many great wellness initiatives for students throughout the year and they have helped me in many different ways,” she said. “I’m so thankful for this wish and I can’t thank Brock and BUSU enough.”

The Wellness Wishes initiative will return next semester, and Hibma hopes it will continue to have the same positive effect on participants.

“We look forward to another year of transforming Wellness Wishes into reality, one act of kindness at a time,” he said.