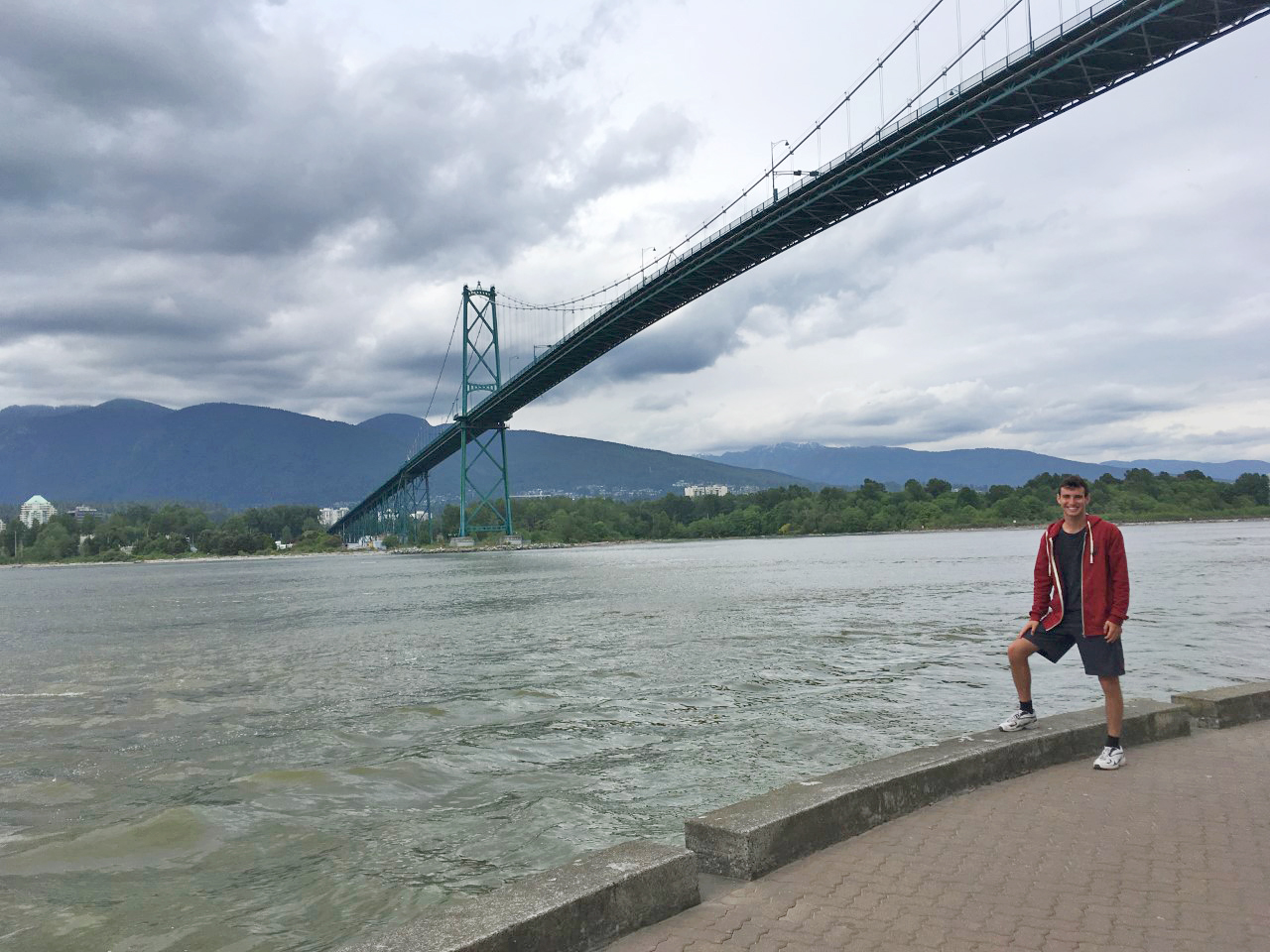 Many students spend the spring and summer months completing extra courses or taking a well-deserved trip. Anthony Montagano did both — at the same time.

The 20-year-old Niagara Falls native recently returned from a weeklong Geography and Tourism field course (GEOG/TOUR 3Q93) in Vancouver, B.C. The experiential learning opportunity brought a class of Brock University students to the city to learn about the historical geography of the region, as well as its social and cultural processes.

For Montagano, the diversity of Vancouver’s landscape could not have been fully grasped in a classroom.

“It’s good to hear about certain destinations, but to see things first-hand is really helpful,” said the second-year Tourism Management student. “It’s easier to identify common trends, like gentrification and high-density housing, and you can use your own observations rather than just lecture notes to help form an opinion.” 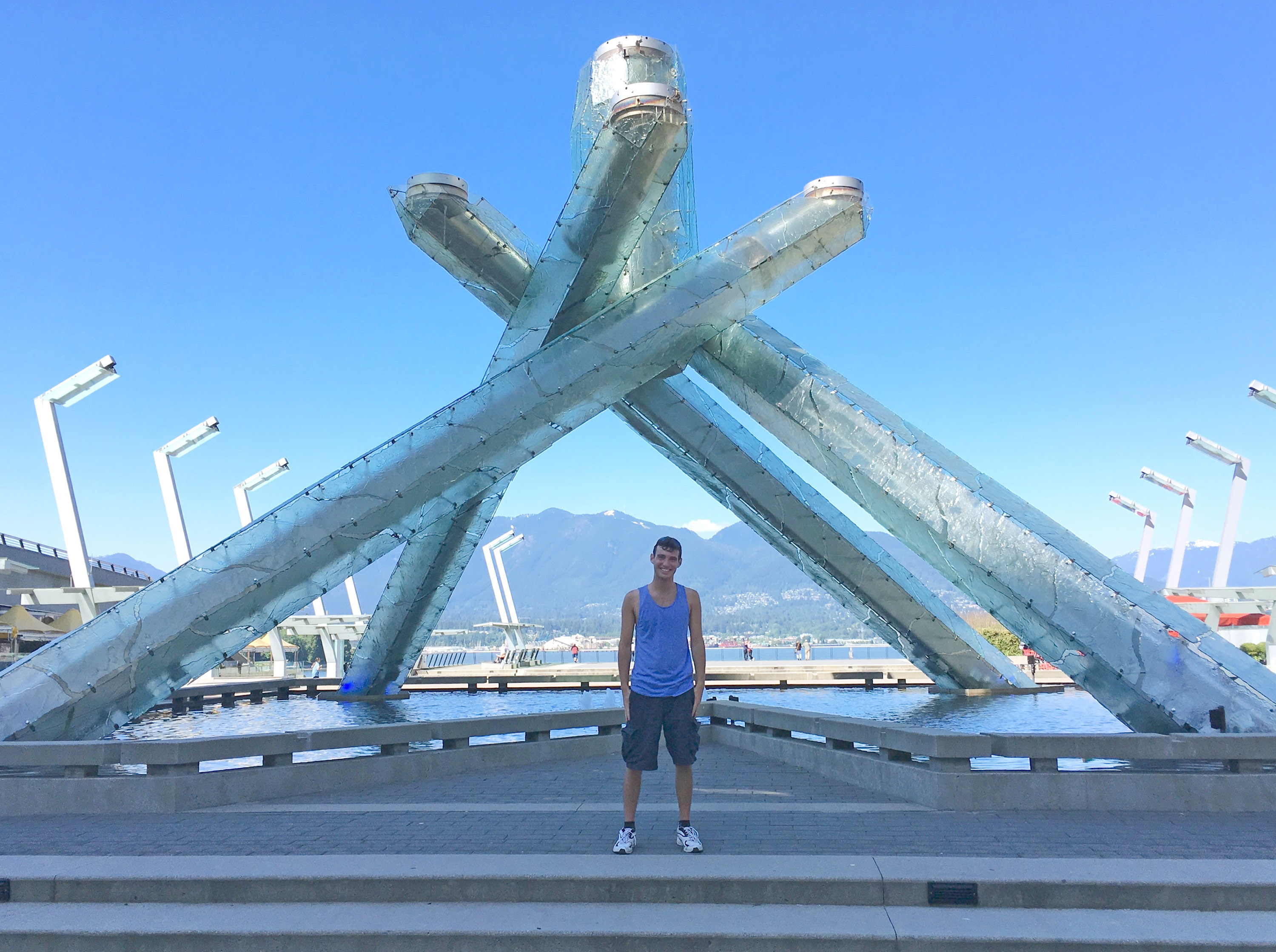 Brock student Anthony Montagano stopped at Vancouver’s Olympic cauldron during a weeklong Georgraphy and Tourism field course in the city.

This lesson was made clear when the group, which included students from each of Brock’s Faculties, encountered the diversity that Vancouver offers in its many neighbourhoods.

“We travelled around to the different areas of Vancouver and determined what would cause the price of home ownership to go up or down, while also evaluating what services were available in each area,” Montagano said. “It was cool to see the urban core, Olympic sports venues and small fishing docks all within the same city.”

While exploring Canada’s third-largest city, Montagano and his classmates were encouraged to learn about the social history of the region as well.

“I was unaware of the tragic historical exploitation of the Asian communities in Vancouver,” he said. “I now understand a little more in history that many people may still be ignorant to.”

Though the group was only together in Vancouver for eight days, Montagano learned that it was easier to bond with his classmates while outside of the lecture hall.

“When you are in a new setting, you tend to make bonds right away,” he said. “I met some great friends and everyone got along really well.”

In addition to the new friendships and cultural discovery that came with the trip, Montagano was also appreciative of other aspects of participating in a spring experiential field course.

“I gained some great experience for my resumé and you can save some time by having to take less courses during the year,” he said.

Now home, Montagano has finished a 12-page paper about his experiences to complete the course’s final assignment. The reflective exercise has helped him to share why others should participate in similar classes going forward.

“I would really encourage people to consider these experiential field courses,” he said. “I know the trips might cost a bit more than a normal course, but now is the opportunity to travel and gain valuable experience at the same time. These courses will set you apart at Brock and help prepare you for your career.”