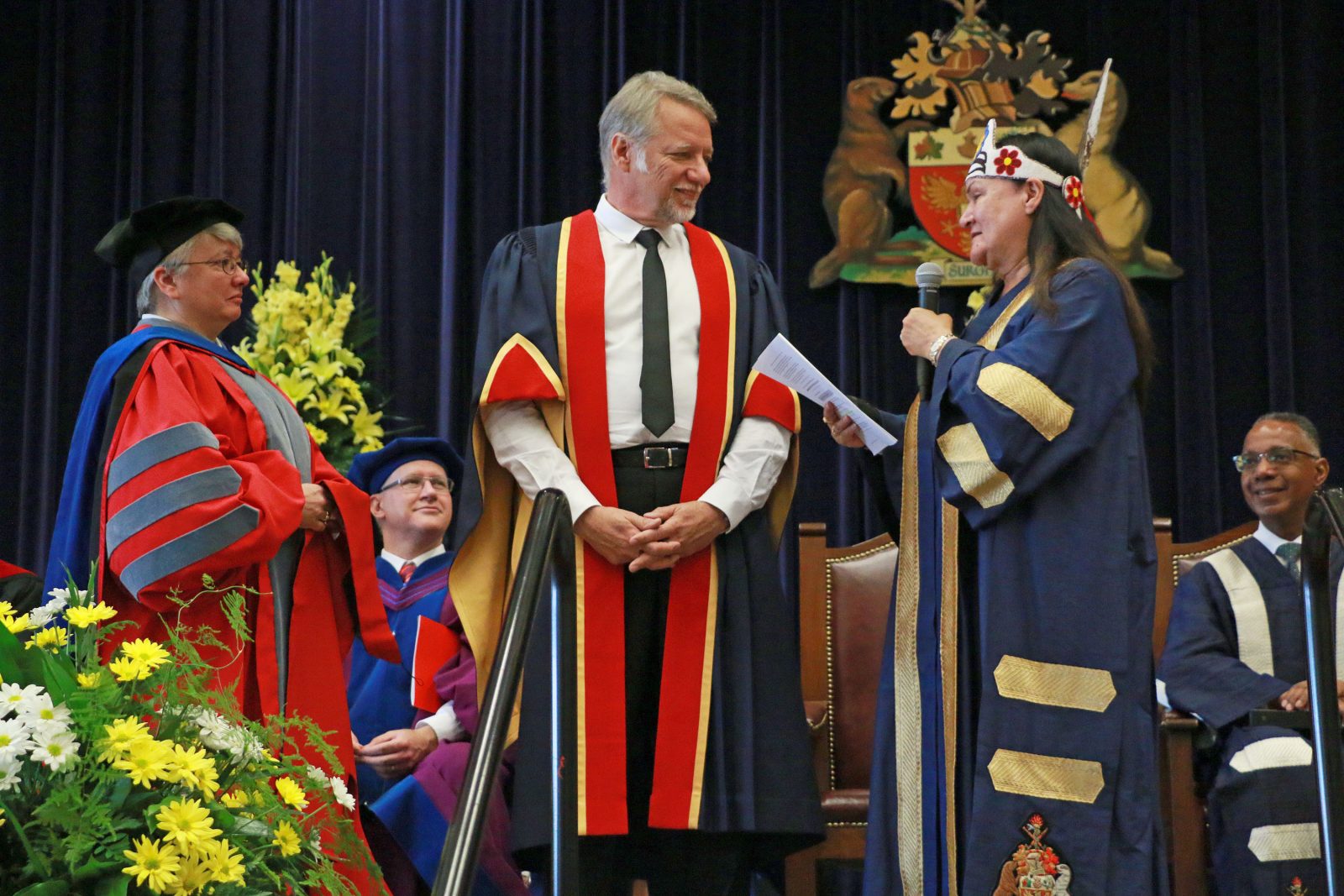 Edward Burtynsky has gone around the world capturing remarkable images of humanity’s impact on our planet, and he doesn’t like what he sees.

His images appear in more than 60 major museums, including the Guggenheim, but Niagara is where the roots of his art were planted. It’s also where a large collection of his photographs can be found hanging in the Rodman Hall Art Centre.

Burtynsky was awarded an honorary doctorate from Brock University on Friday, June 8, and told the large group of graduands from the Faculties of Humanities, and Math and Science, that Niagara was where he first became interested in industrial landscapes. 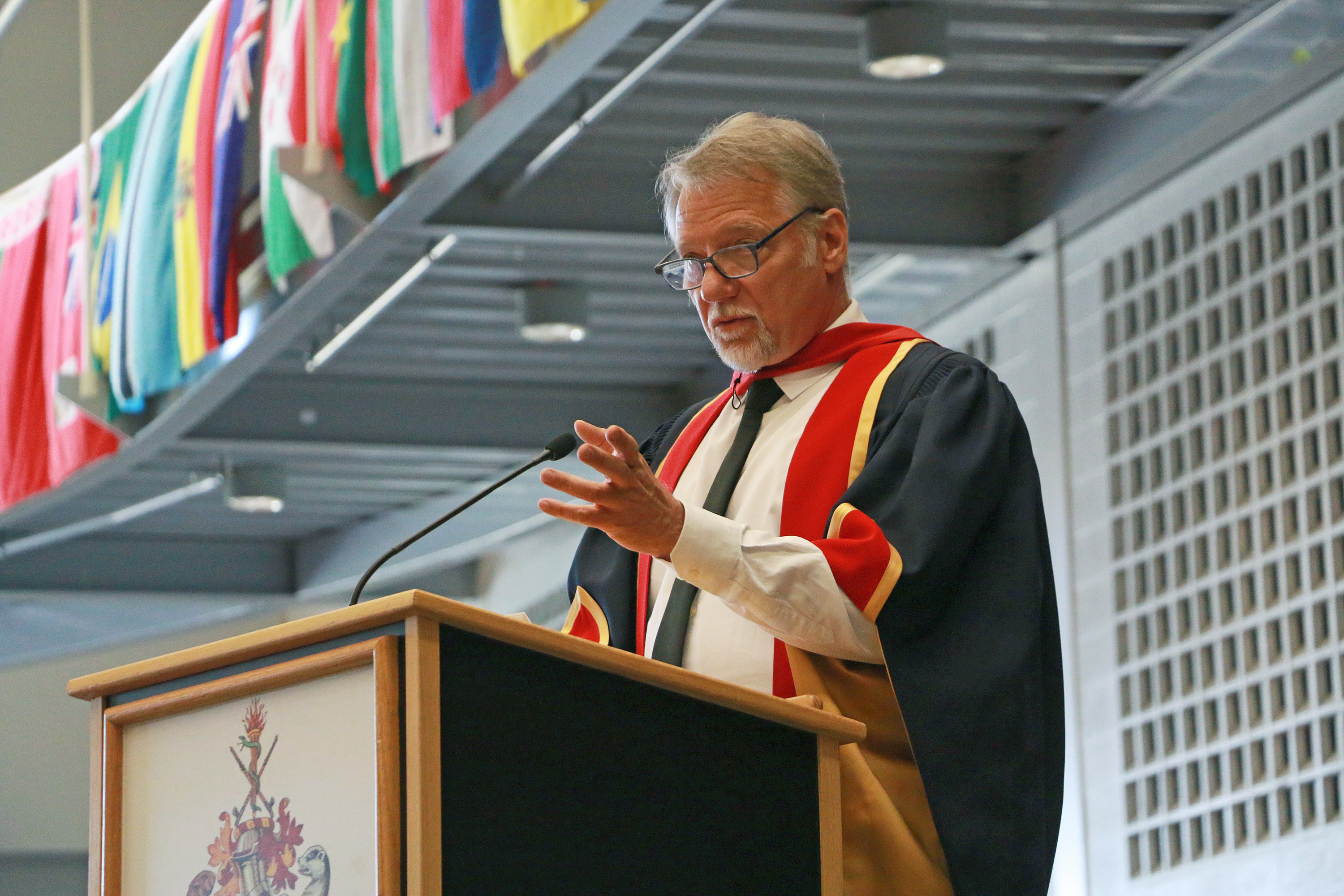 “This region has had a profound shaping of my consciousness to go out and do the things that I’ve done,” he said, pointing to the Ontario Street General Motors plant, the Welland Canal and quarries in Port Colborne as having a big impact on his early years.

Burtynsky went on to receive a BAA in Photography/Media Studies from Ryerson University in 1982 before launching Toronto Image Works. His images have appeared in publications such as National Geographic and the New York Times, as well as in museums around the world.

Burtynsky said he wants people to experience his art so that they can understand the impact society is having on the planet.

“I’ve spent a great deal of time in these landscapes watching them continue to change and watching us continue to change them,” he said. “Our collective impact is inevitable. As our population booms, so does our need for resources. We’re spending the land and seas like currency and the Earth’s systems are under threat.”

Burtynsky encouraged the graduands to do something — big or small.

“Our planet is fragile. Now is the time to take responsibility for our actions and our future,” he said.

These days, Burtynsky’s work has shifted toward 3D and augmented reality photography, which he calls “Photography 3.0.”

“I see it as a new way of expressing my art and a new direction for my photography. It’s a long way from my first darkroom when I was 11 years old,” he said.

He also encouraged the grads to take risks, and never accept no for an answer.

“In my work, no is always the first thing I hear. But I persevere, and often times no becomes yes. Take no as the starting point,” he said.

For more information on the Edward Burtynsky exhibit at Rodman Hall, featuring 40 prints he donated in 2012, visit the RHAC website.