GALLERY: Goodman grads told to build reputation of integrity, no matter the cost 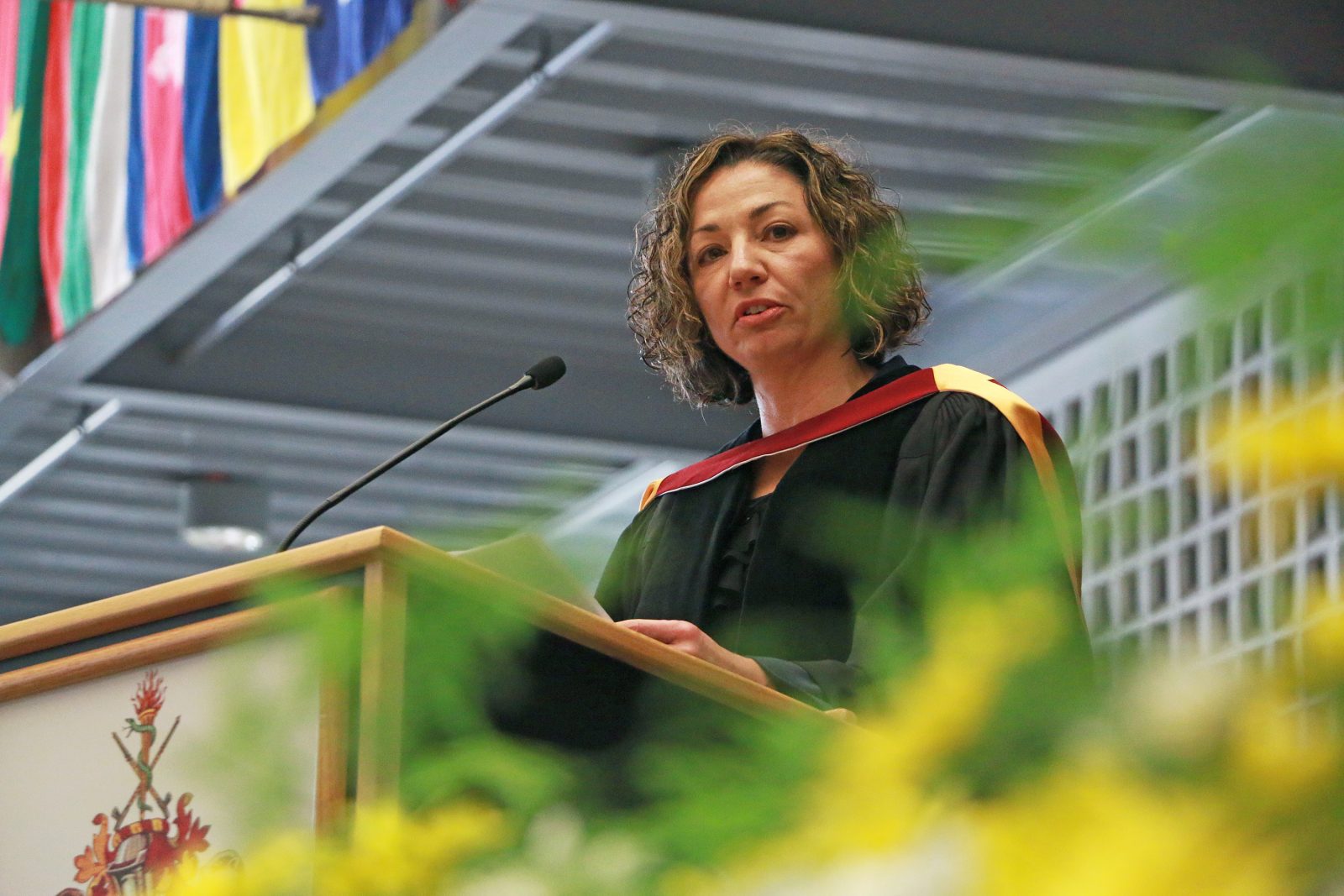 Pascale Lapointe-Antunes’s decision to become an accounting professor was more than a career choice; it was her destiny, something she was always meant to do.

Lapointe-Antunes is the recipient of the Goodman School of Business Excellence in Teaching Award that recognizes her reputation for, and delivery of, superior teaching.

“Receiving this award means everything to me,” said Lapointe-Antunes, who delivered the Convocation address Thursday, June 7 during the Goodman School of Business ceremony. “I feel that as educators, we have a much wider responsibility than just delivering content. We have a responsibility to commit to our teaching values so that our students learn how to persevere, to be ethical and honest, and to work hard for their success.”

During her address, she told the graduating Goodman students to go about their careers with integrity as the foundation.

“Integrity is doing the right thing, even if no one is watching,” she said. “It means telling the truth, even if the truth is ugly. Building up a reputation of integrity takes years, but only a second to lose. Your integrity will be remembered longer than your prosperity.”

After ranking first in Quebec and ninth in Canada on the CPA qualifying exam, Lapointe-Antunes obtained the Chartered Accountant (CA) designation in 1999 and started working as an auditor at PricewaterhouseCoopers before choosing to pursue a PhD in accounting at Concordia University.

It was a decision that would change the course of her life.

Although she enjoyed her career and could see her future in public accounting, she accepted an offer for a teaching opportunity at Université Laval.

“Once I tried teaching, it was clear that this was going to be my path,” she said.

There was no turning back when she joined the Goodman School of Business in 2005.

“Teaching got integrated into who I am. It’s not that it’s my job, it’s not that it’s work, it’s just part of what I do. Knowing that I make a difference to students is so rewarding,” she said.

A highly respected and dedicated instructor, Lapointe-Antunes has mentored hundreds of CPA candidates in Goodman’s Master of Accountancy program to help them on their way to becoming professional accountants.

“I can confidently speak for all of my classmates when I say that Professor Lapointe-Antunes provided the most valuable tools for us to be successful on this comprehensive evaluation, arguably the most important examination of our academic career,” he said.

Gates remains active at the University as a teaching assistant and says that now that he is on the other side of the classroom, he often finds himself applying the philosophies that Professor Lapointe-Antunes instilled in him.

“She has inspired me to find passion in teaching and continues to be one of my closest role models,” he said.

In her Convocation address, Lapointe-Antunes told the graduands “the road to success is not a straight line.”

“Know that you’re leaving Brock University well equipped to deal with the unavoidable bumps that lay ahead,” she said. “You have learned to ask questions, solve problems and communicate effectively. You have learned how to learn, and no one can ever take that away from you.”

Lapointe-Antunes has been actively involved with several professional accounting bodies in different capacities over the past 18 years.

In 2016, she was appointed editor-in-chief of Accounting Perspectives, a quarterly peer-reviewed academic journal published by the Canadian Academic Accounting Association, where she also serves on the board of directors.

In November 2017, the Council of the Chartered Professional Accountants of Ontario (CPA Ontario) bestowed the highest honour in the accounting profession to her when she earned the title of Fellow and the FCPA designation, formally recognizing her as an outstanding CPA member who has demonstrated excellence in her career and contributions to the field of accounting.

Goodman School of Business Dean Andrew Gaudes said Lapointe-Antunes is an exemplary faculty member whose impact is clearly felt among her peers, students and graduates.

“It’s clear that Pascale is completely committed to the success of her students and is there for them to see them succeed both personally and professionally, which is exactly what we’re looking for in all of our faculty within the business school,” he said. 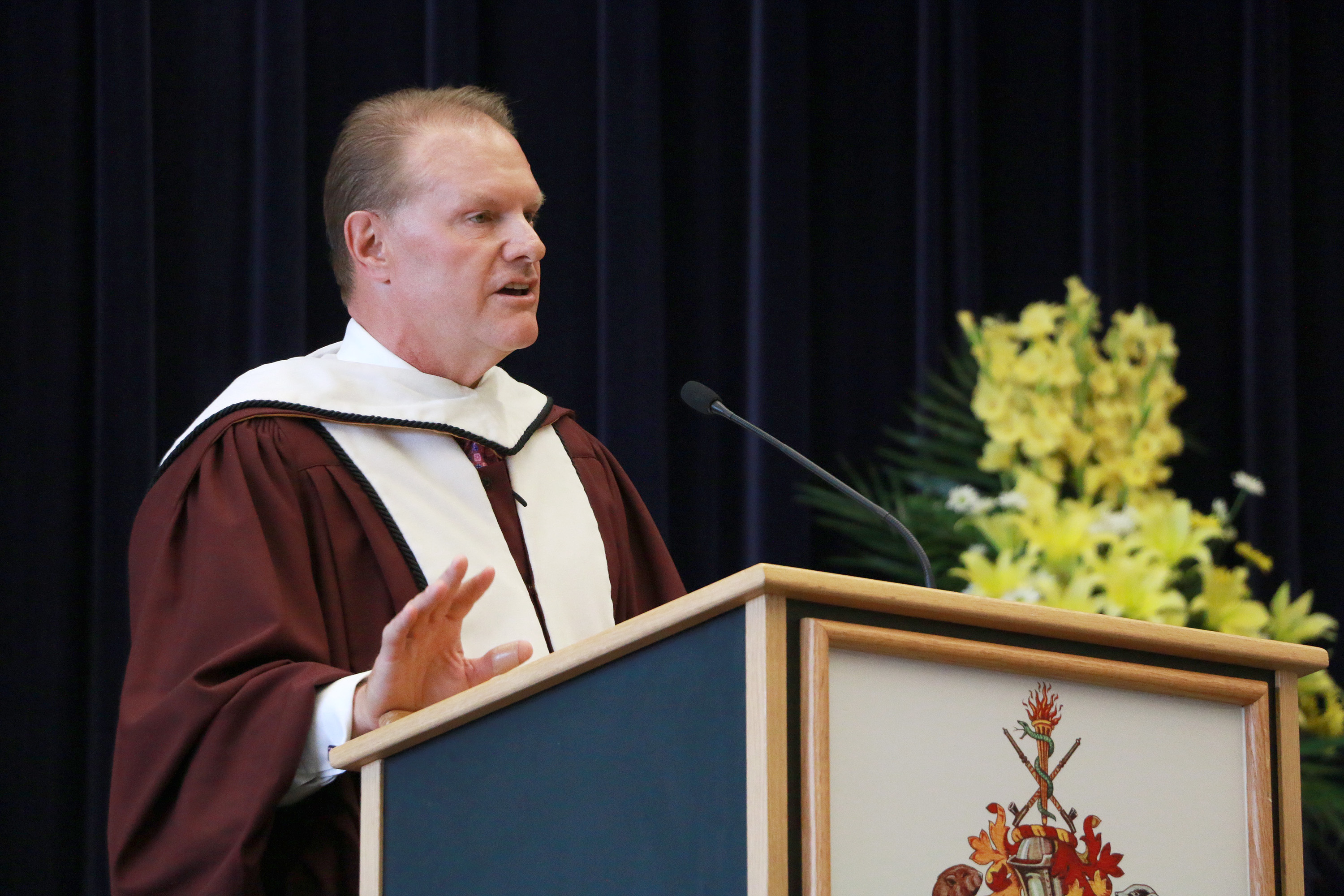 Haines matched what Lapointe-Antunes said earlier in the day, telling the afternoon group to build their careers on integrity, honesty and truth.

“When you give your word, you need to keep it,” he said. “Be truthful and honest, even if the truth may hurt and it’s bad news. In the long run, people will respect you more.”

Haines spent his early career in the bank trading operation at RBC before working at New York-based UBS and Lehman Brothers in the interest rates derivatives field. He returned to RBC Capital Markets and managed various areas of the fix income business before becoming Global Head of Rates Trading, which operated in Toronto, New York, London, Hong Kong and Sydney. He is now involved in a number of charities and sits on the board of directors for Canada Snowboard.

“I can honestly say that the education and experience I took away from Brock formed the foundation from which I built my career on,” he said.

Haines told the graduands he learned the value of hard work early in his life growing up in Niagara.

“When you start out, no task is too small,” he said. “Continually ask what you can do to help out. As you progress in your career, lead by example. Hard work will allow you to earn the support of your team members.”

In addition to the two Convocation speakers, three significant student awards were also handed out Thursday. 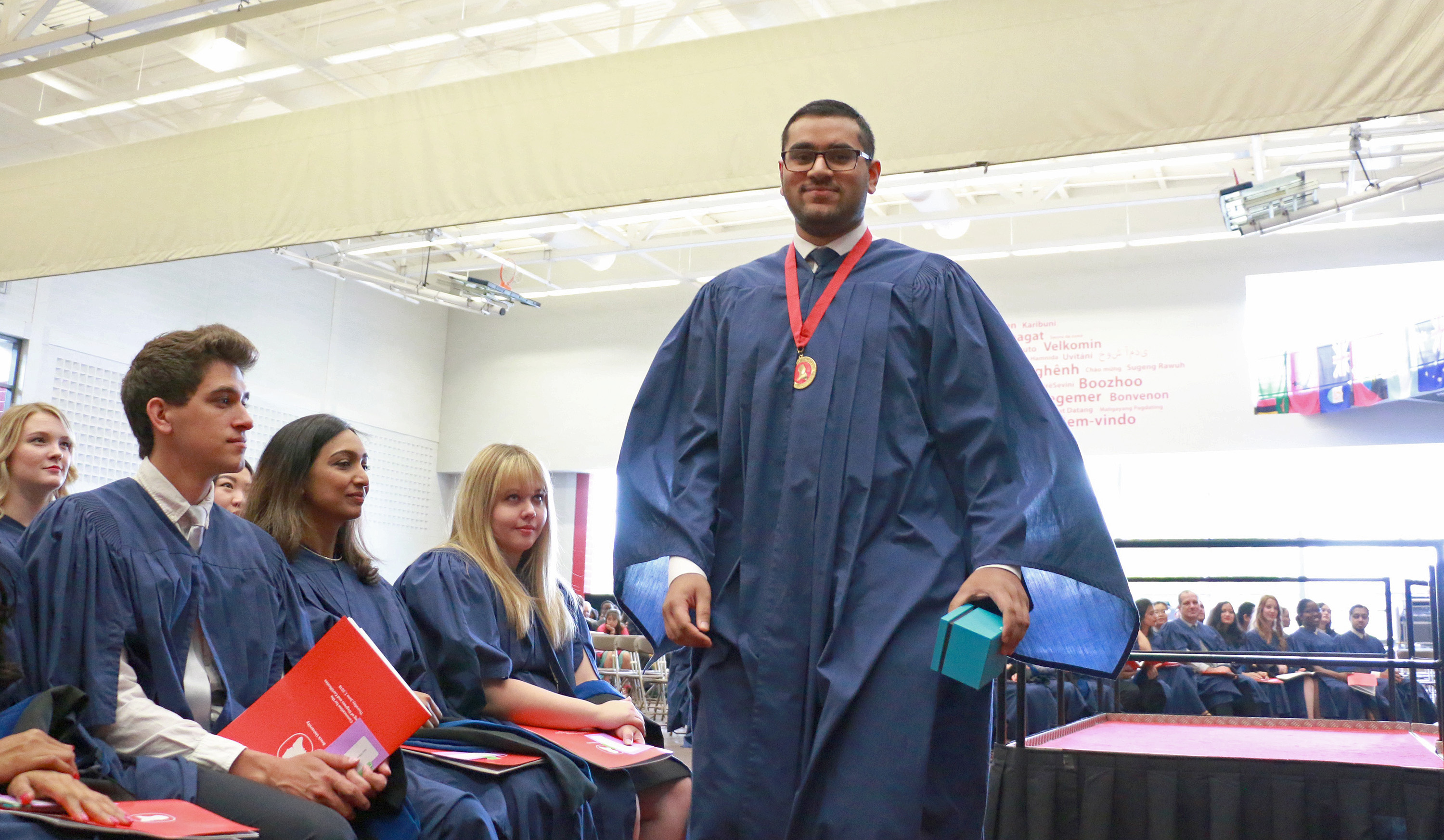 Sean Pereira was the Goodman School of Business undergraduate recipient of the Board of Trustees Spirit of Brock Medal.

Receiving the Dean’s medal, for achieving the highest academic standing in their Faculty was Gianna Batterink, who graduated with a Bachelor of Accounting (Honours) with Co-op Option. 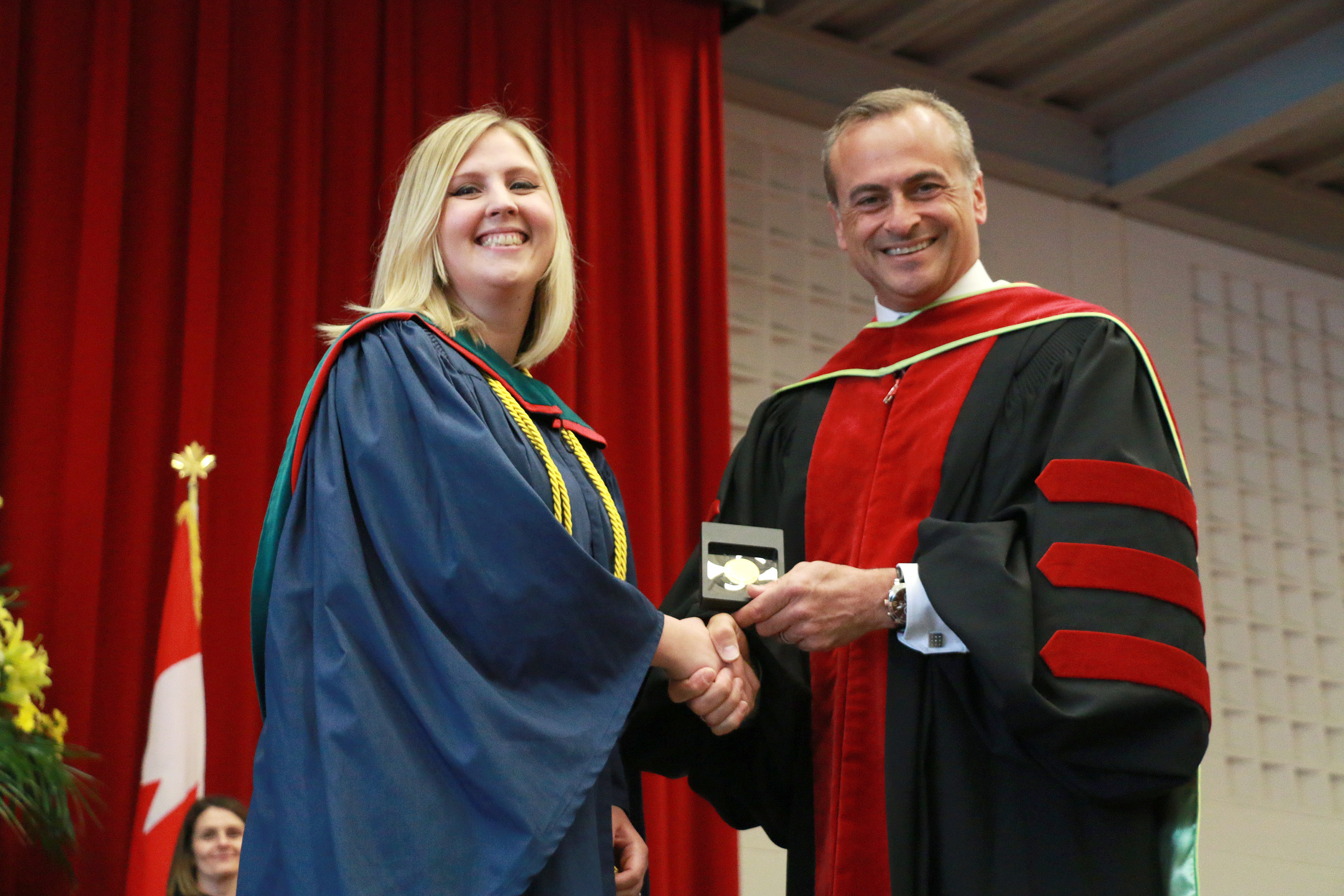