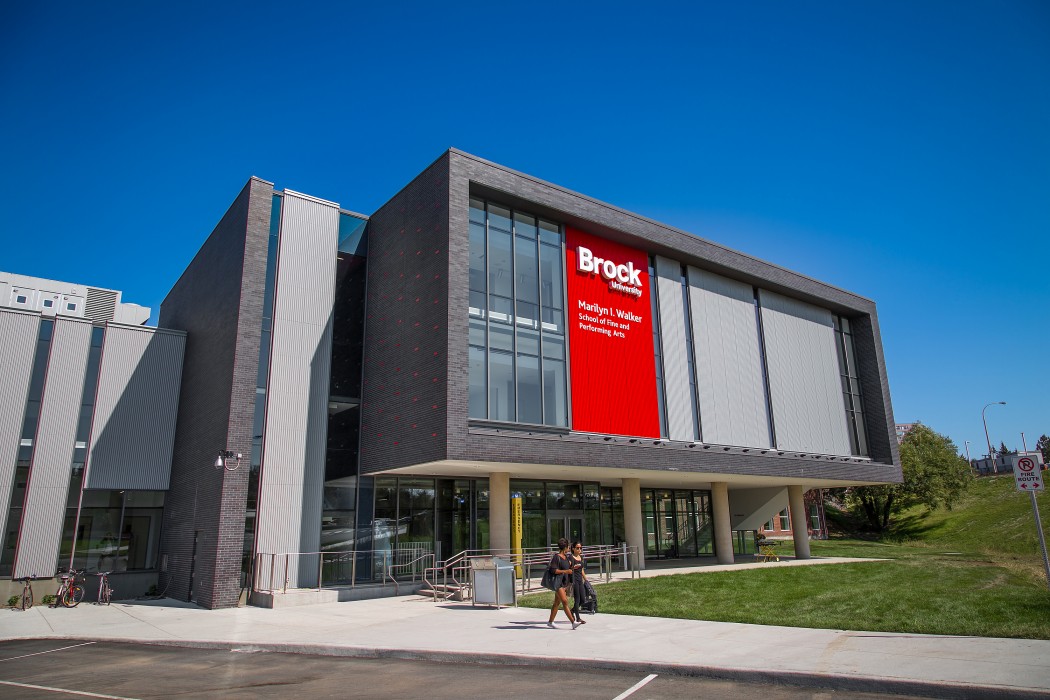 Brock's Marilyn I. Walker School of Fine and Performing Arts.

Brock will welcome philosophers from around the world this week for a conference devoted to contemporary French feminist thinker Luce Irigaray.

Hosted by Brock’s Department of Philosophy, the ninth annual meeting of the Luce Irigaray Circle will be held at the Marilyn I. Walker School of Fine and Performing Arts in downtown St. Catharines from Thursday, June 14 to Saturday, June 16. The Circle is an interdisciplinary group of academics who produce significant scholarship on Irigaray’s philosophy and feminist thought.

This will be the first time the event is held in Canada, making it the first Canadian conference devoted to Irigaray’s work.

“Each meeting of the Circle is a purposively unique event, which is organized around a specific theme in order to further Irigarayan scholarship in a new direction,” says Athena Colman, conference organizer and Brock Associate Professor of Philosophy.

“Site selection for the meeting is highly competitive and is a recognition of the organizer’s contribution to new areas of research in the field.”

The event has previously been hosted by Stony Brook University in New York, University of Bergen in Norway and University College of London in England, among other locations.

The conference will look at new ways in which Irigaray’s thinking can be applied to recent philosophical and feminist discussions.

Themes explored by the circle include analyses of contemporary social and political issues and spirituality in relation to sexual differences, as well as investigations into the role of literature and art in philosophical thinking.