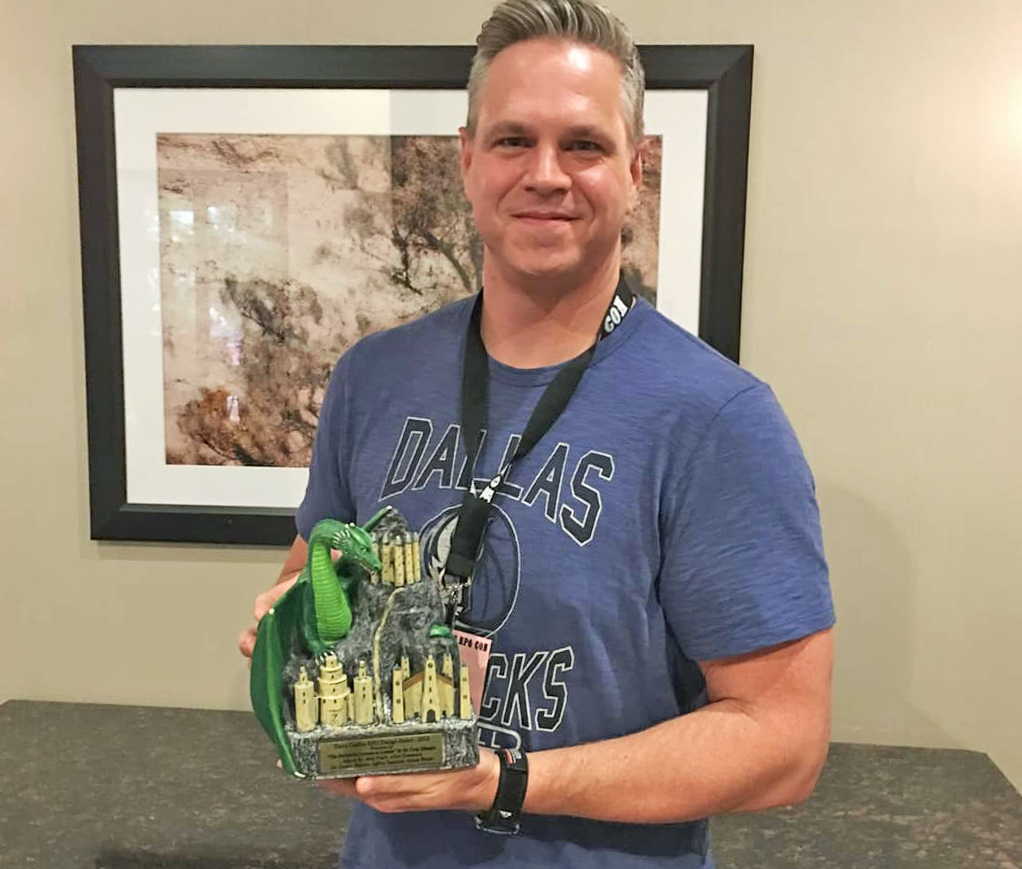 Greg Gillespie has devoted much of his life to fantasy role-playing games (RPG) — and now he has some hardware to show for it.

The associate professor in the Department of Communication, Popular Culture and Film became the first Canadian to receive the Three Castles RPG Design Award earlier this month.

The award, judged by a double-blind committee of industry professionals, was presented at the North Texas RPG Conference for Gillespie’s game, The Forbidden Caverns of Archaia.

The game explores the lost city of Archaia, an ancient ruin sunken into the earth that lies deep in the badlands. Players must face orcs, goblins and other horrors as they go on a quest through the forbidden caves.

Forbidden Caverns is the second table-top RPG authored by Gillespie. His first game, Barrowmaze, placed second in the same award competition in 2013.

“I started researching the concept of nostalgia as it related to retro games,” Gillespie explains. “Having been an avid Dungeons and Dragons player throughout my life, I thought to challenge myself and grow beyond strict academic analysis and into the game industry.

“It has been one of the most rewarding decisions of my career.”

In addition to the award, Gillespie has been gratified by stories of the game being used for good causes.

“A pastor in St. Louis contacted me because he wanted to find a copy to play with a group of at-risk youth to help get them off the street,” Gillespie notes. “He sent me a lovely picture of them all playing at the table. Also, a gaming group in Oklahoma ran a 24-hour game fundraiser and raised several thousand dollars for a local children’s hospital.”

Gillespie also hears from fans who are simply using the game to have a good time.

“The nicest thing is when people say that they find your games fun to play with their friends.”

He believes that his games are so popular because they are “intellectually stimulating, highly detailed, decidedly challenging, and fun to play.”

More information on The Forbidden Caverns of Archaia is available on the RPG Now website.