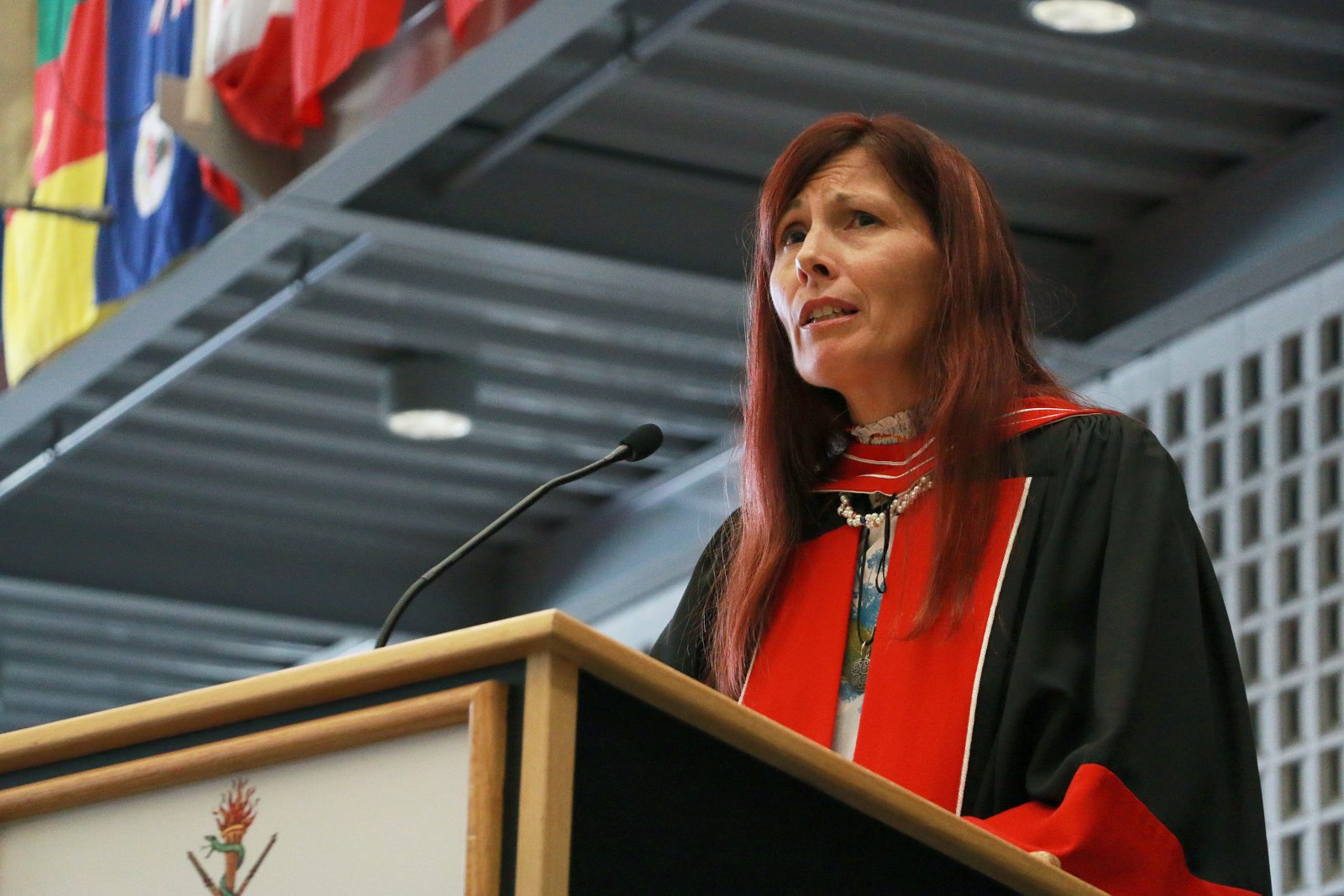 Livianna Tossutti, Associate Professor in the Department of Political Science, is the recipient of the 2018 Faculty of Social Sciences Award for Excellence in Teaching.

For Associate Professor of Political Science Livianna Tossutti, teaching is about much more than talking to a room full of students.

Tossutti, who came to Brock in 2003, received the 2018 Faculty of Social Sciences Award for Excellence in Teaching at Brock’s Spring Convocation on Tuesday. It’s her third teaching award and sixth nomination over an illustrious career, which now includes awards from every institution at which she has taught since 1996.

Paul Hamilton, Chair of the Department of Political Science, believes the award is very well-deserved.

“Livianna’s teaching evaluations are outstanding and she has constantly looked for ways to improve and innovate her already excellent classroom performance,” he said. “She is a leader at Brock in the use of experiential pedagogy and an inspiration to our students.”

Though the Award for Excellence in Teaching is granted by her peers, who understand the amount of time and energy required to make course material accessible and relevant, Tossutti’s undergraduate and graduate students are also quick to praise her engaging and insightful lectures, lively and inclusive seminar discussions, and productive one-on-one meetings.

First, she wants her students to “appreciate the diversity of worldviews about politics and society.”

Next, she makes it a top priority to create opportunities for students “to engage in applied research and experiential learning,” which are two important paths toward “understanding and proposing solutions to the big political questions in their local communities and across Canada.”

Finally, she uses her teaching and course design to encourage students to find ways in which they can “contribute to public discourse and affairs through both formal and less-structured forms of engagement.”

Tossutti has devoted countless hours to expanding experiential education opportunities for students in her department, preparing them to apply their theoretical understandings to real-world situations and developing partnerships locally and across the province to assure mutually beneficial placements.

She emphasizes practical applications of theory within the classroom, regularly inviting high-profile guest speakers from government and non-governmental organizations to show students the implications of what they’re studying, as well as organizing detailed simulations in class to help students recognize how their learning at Brock will carry them forward as engaged citizens beyond graduation.

“I am delighted to congratulate Professor Tossutti on her accomplishment in winning this significant award,” said Ingrid Makus, Dean of the Faculty of Social Sciences. “Her dedication to student success, innovative pedagogy, and experiential learning that reaches out to the wider community exemplifies our commitment to excellence in teaching within the Faculty and at Brock University.”

In addition to crediting her students and colleagues with creating a positive teaching environment, Tossutti also recognizes the importance of the people closest to her giving her the time and space to refine and improve her teaching. She said support from her family — especially her father and husband, who are proud of her many achievements — has helped her dedicate herself to the experience of her students.

Tossutti’s said she wishes her mother could have seen her collect the award Tuesday.

“She had a profound influence on my educational development,” Tossutti said of her mother, who died in 2007. “This one is for her.”

In addition to the recognition for Tossutti, recipients of the Board of Trustees Spirit of Brock Medals and the Dean’s Medals were also awarded on Tuesday.

Receiving the Dean’s medals, for achieving the highest academic standing in their Faculty, were Alanna Kozak in Speech and Language Sciences and Terra Lee Yot in Sociology and Women’s and Gender Studies. 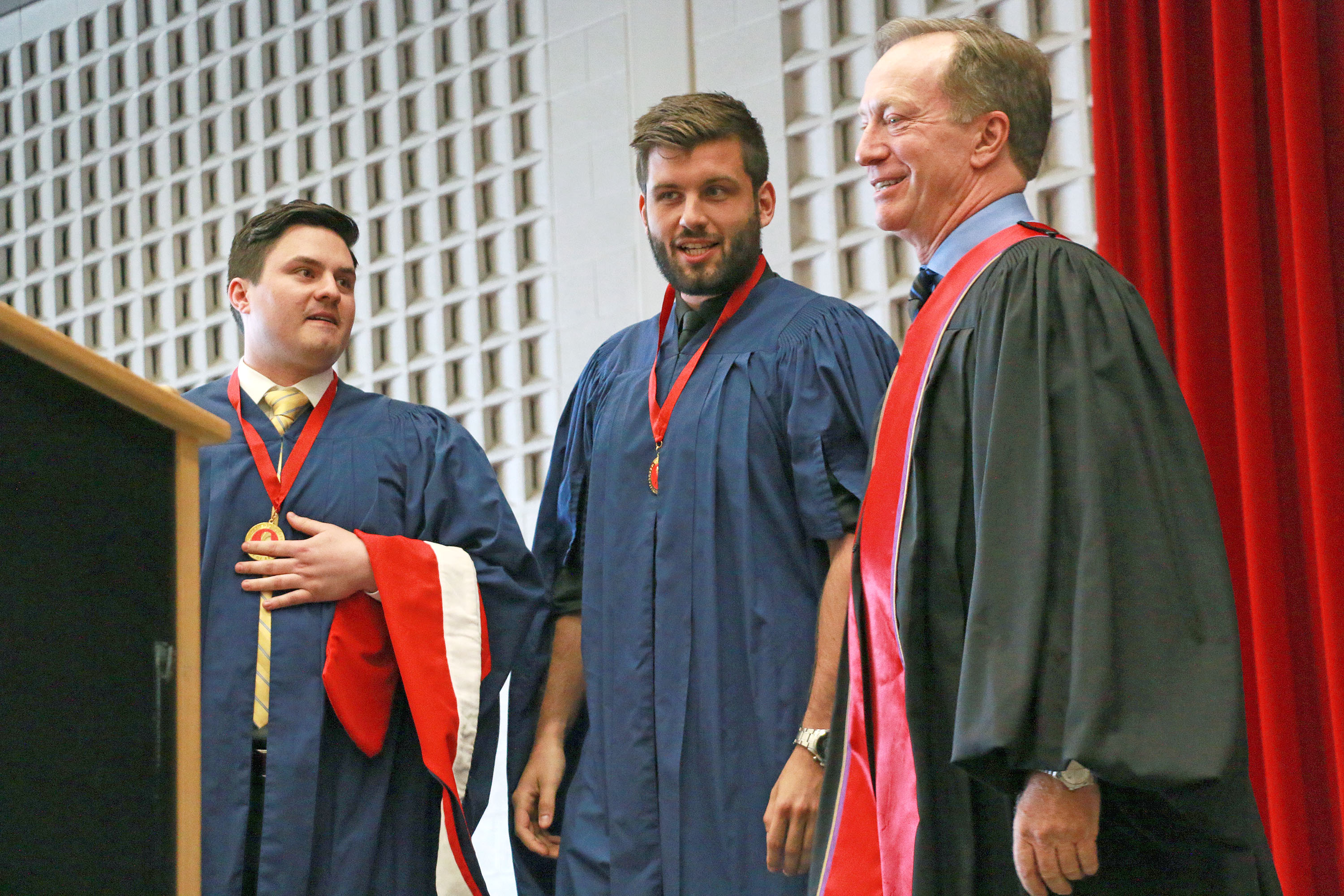