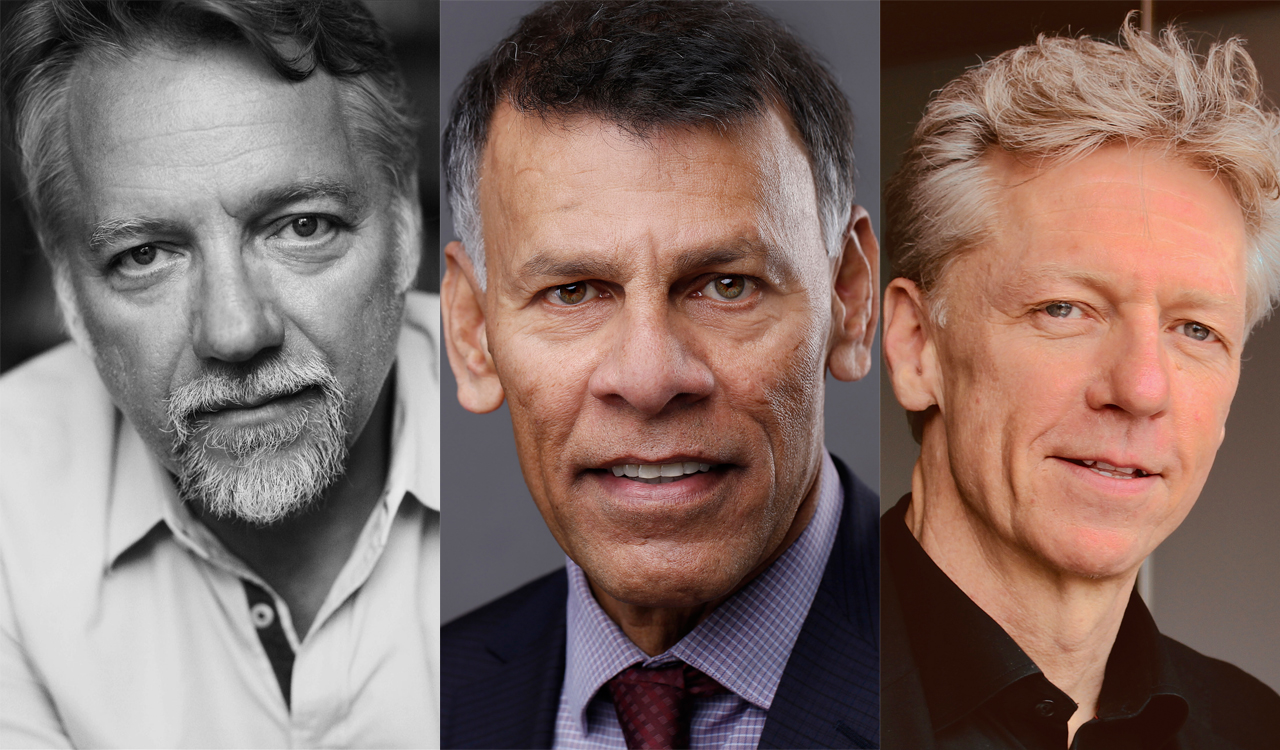 A global health researcher, a Canadian union leader and a world-renowned photographer will be awarded honorary doctorates from Brock University during the upcoming Spring Convocation.

This year’s Spring Convocation will include nine ceremonies over five days from June 4 to 8 in the Ian D. Beddis Gymnasium at Brock University’s Walker Sports Complex. Ceremonies will take place at 10 a.m. and 2:30 p.m. each day except for Friday, June 8, when only a morning ceremony is scheduled.

Receiving honorary degrees this year will be Dr. James Orbinski, former President of Doctors Without Borders and a respected global health researcher; Hassan Yussuff, the first-ever Human Rights Director of the Canadian Auto Workers union and now President of the Canadian Labour Congress; and Edward Burtynsky, a St. Catharines native whose industrial landscape photography has appeared in more than 60 museums around the world.

Convocation ceremonies are open to the public and tickets are not required. A reception for graduates, family and guests will follow each ceremony.

But what he has learned in a remarkable span of more than three decades focused on global health research and humanitarian work is that career paths are anything but straightforward.

“There is a myth that all you have to do is decide your destination and there’s a route you can take. But that’s not how my life works or how most people’s lives work,” said Orbinski, a professor and inaugural Director of York University’s Dahdaleh Institute for Global Health Research.

Orbinski will be given an honorary doctorate from Brock University Monday, June 4 during the Faculty of Applied Health Sciences morning Convocation ceremony. His message to students will be to focus more on pursuing a question than a defined career path.

“Being as clear as possible about the question and the intention of the question is the most important factor. It has led me on what is, in retrospect, quite a varied career path,” he said.

The question that drove Orbinski was what is the best way to acknowledge and enhance human dignity?

“Human dignity as the most important object of pursuit. You apply the best science and the best medical knowledge to that pursuit,” he said.

A recipient of the Meritorious Service Cross, Canada’s highest civilian award, as well as the Order of Ontario and Order of Canada, Orbinski served as the Chief of Mission to Rwanda with Médecins Sans Frontières/Doctors Without Borders (MSF) during the 1994 genocide. His work with MSF also took him to Peru, Brazil, Somalia, Afghanistan, Zaire, Sudan, Russia, Cambodia and numerous other countries. Elected as the organization’s international President from 1998-2001, Orbinski accepted the Nobel Peace Prize awarded to Doctors Without Borders in 1999.

From 2001-04, he co-chaired the organization’s Drugs for Neglected Diseases initiative, which has developed seven new treatments for neglected tropical diseases, and has 30 others in its pipeline. In 2004, Orbinski co-founded Dignitas International, which researches health systems and clinical practices and now supports more than 300,000 people with full treatment for HIV and AIDS in Malawi. Dignitas also works with First Nations communities in Northern Canada on community-based interventions for diabetes.

Orbinski holds a BSc from Trent University, an MD degree from McMaster University, and an MA in international relations from the University of Toronto. He was a co-founder of McMaster’s Health Reach Program that investigates and promotes the health of children in war zones.

He served as Professor of Medicine at the University of Toronto from 2003-12 and the CIGI Chair in Global Health Governance at the Balsillie School of International Affairs and Wilfrid Laurier University from 2012-17. Orbinski was then named the inaugural Director of York’s Dahdaleh Institute in September 2017, where he says the goal is to make the Institute a leader in addressing planetary health, global health and humanitarianism and global health fore-sighting.

“The future is ours to make,” Orbinski said when asked what his message to students might be. “It will be made on a path that’s made by walking. It’s not a determined future. Our choices matter and how we apply our mind, our time, our energy and our commitment to basic human dignity will determine the nature of that path.”

A lifelong commitment to human rights has guided the career of Hassan Yussuff for more than 40 years.

Yussuff became a union member soon after immigrating from Guyana in the 1970s and was elected union chair at the age of 19. He climbed the ranks of the Canadian Auto Workers (CAW), eventually becoming the organization’s first Human Rights Director.

After serving for 15 years as Executive Vice-President and Secretary-Treasurer of the Canadian Labour Congress, Yussuff was elected President in 2014, becoming the first person of colour to lead Canada’s union movement. Over his two terms as President, he has led Canada’s unions in a major campaign to improve workplace rights for everyone and dramatically transform the way Canadians view the labour movement.

“My work has been really about how we as Canadians and as working people can make this country a better place for people,” said Yussuff, who will receive an honorary doctorate from Brock University during Spring Convocation on Tuesday, June 5. “It’s very important in terms of people following their dreams and fighting for the things we believe in and knowing everyone can make a difference.”

Yussuff’s time as President of the Canadian Labour Council has focused heavily on the country’s social programs, such as calling for universal prescription drug coverage for all Canadians. He has also pushed for legislation to grant paid leave for survivors of domestic violence, address harassment and violence in the workplace, enshrine rights for migrant workers, and enact a national ban on asbestos.

Yussuff, who also serves as President of the Trade Union Confederation of the Americas, said he was humbled and overwhelmed when told he would receive his first honorary doctorate. He said he’s looking forward to addressing the graduands.

“I’m deeply honoured to be in their midst recognizing what a special moment it is to them and their family,” he said. “I think their graduation speaks to both their hopes and those of their parents, who maybe didn’t get to go to university. What these graduates do in their lives at this stage has a lot to do with our collective work in making the country a better place.”

His remarkable photographs of industrial landscapes have been included in the collections of more than 60 major museums around the world, but it was in his hometown of St. Catharines that Edward Burtynsky first learned his craft.

Known as one of Canada’s most respected photographers, Burtynsky was influenced early in his career by the images of Niagara’s General Motors plants. His images explore the collective impact we’re having on the planet, looking at the human systems we’ve imposed onto natural landscapes.

While he is an active lecturer on photographic art across North America, his images have appeared in the biggest publications in the world such as National Geographic and the New York Times, and have been included in installations at the National Gallery of Canada, the Museum of Modern Art, the Guggenheim, the Reina Sofia Museum in Madrid and many others.

Awarded the title of Officer of the Order of Canada in 2006, Burtynsky has also won the TED Prize, the Governor General’s Awards in Visual and Media Arts, the Outreach award at the Rencontres d’Arles, the Roloff Beny Book award, and the Rogers Best Canadian Film award.

When he receives an honorary doctorate from Brock University on Friday, June 8, it will be Burtynsky’s ninth such degree.

Most recently, Burtynsky unveiled his first Augmented Reality installation at Photo London, where he was honoured as the 2018 Master of Photography. The installation allows viewers to explore the recycling of automotive machine parts from a scrap yard in Accra, Ghana in 3D.

He said powerful imaging software and advancements in computing power has allowed him to create installations inviting viewers “directly into the photograph to scale with the objects, even allowing them to magnify and see the detailed minutia.”