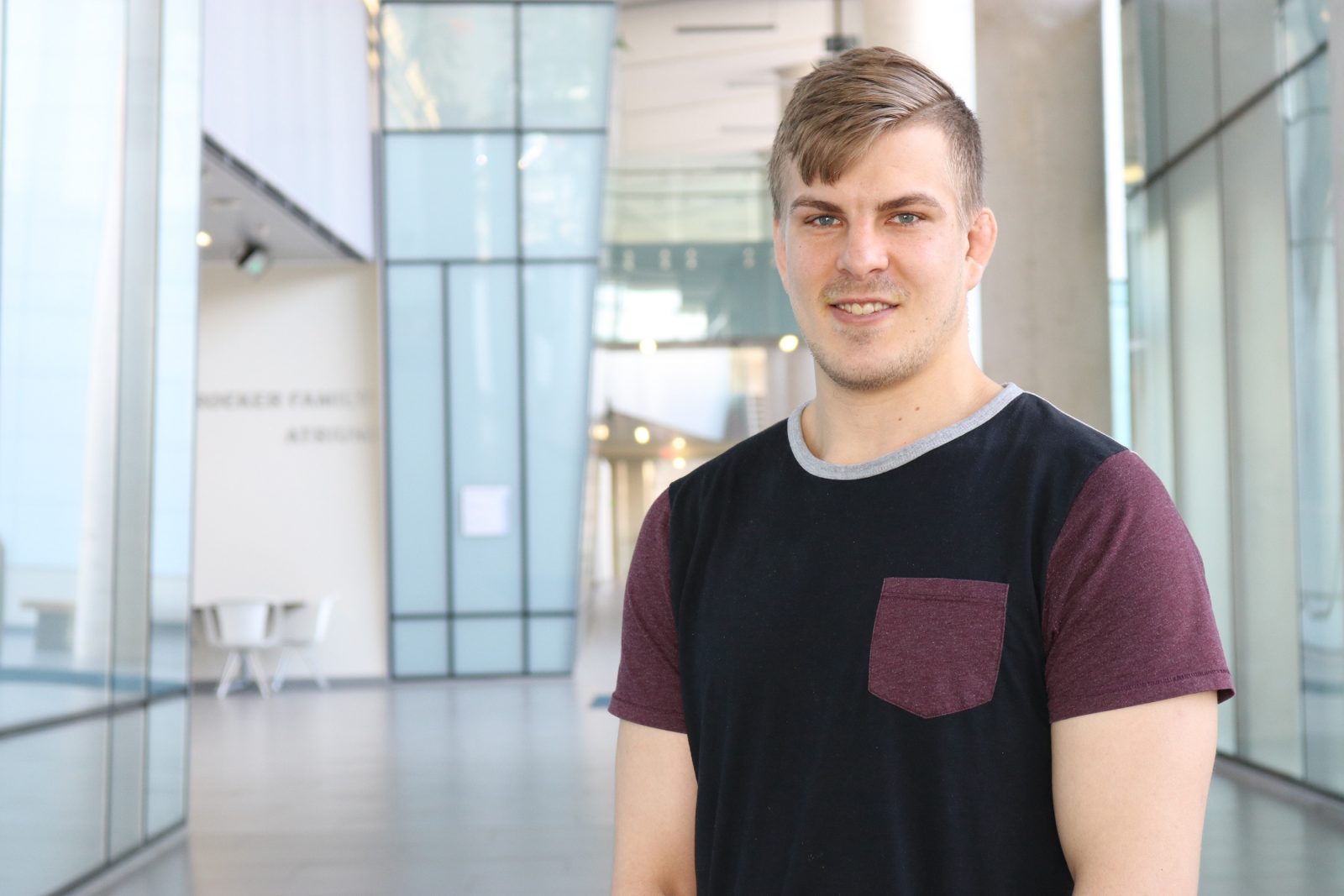 Brock wrestler Matt Kowald knows first-hand that not everyone is comfortable with cauliflower ear.

But through a new business, the fourth-year Kinesiology student is aiming to change the way people look at the acquired outer ear deformity.

As the recipient of the 2018 Deborah E. Rosati Entrepreneurship Award, Kowald will spend the summer turning his passion for wrestling into a viable business that he hopes will increase fan engagement in the sport.

The award provides students with mentorship and financial support so they can spend four months working full-time on a business idea. It also includes physical office space in BioLinc, Brock’s business incubator run by the Goodman School of Business, which is where Kowald began working in April.

The Western Australia native came to Brock in 2015 as an exchange student from Curtin University.

While researching Brock, he learned about the University’s established wrestling dynasty — a big draw for the longtime wrestling fan.

After a short time at the University, he was so impressed by the experience that he transferred his degree and became a student-athlete for the Brock Badgers men’s wrestling team.

Kowald is part of Caulies, a company that is in the midst of patenting a unique product that has the potential to change the way fans cheer for wrestling.

The company plans to sell custom replica cauliflower ears that spectators will wear to cheer on their favourite fighter.

The idea came from Brock wrestling team assistant coach Chris Prickett and his connections Andrew Bingley and Walter McCrindle, who wanted to increase audience engagement with the sport.

“The idea is to cheer for your favourite fighters with our product,” Kowald said. “A lot of people aren’t comfortable with wrestlers’ cauliflower ear, but we’re trying to make it something to be proud of to help spectators support the sport. We’re trying to educate MMA fans how much the sport is like an art by creating a brand that represents what we love about the sport.”

Kowald is using the award funding to finalize prototypes before a crowdfunding campaign is launched and manufacturing begins.

Receiving the award meant he could spend four months this summer devoting his full attention to operationalizing the business.

“It’s been just an idea for a long time and we’ve been working on it but we didn’t have the ability to spend a lot of time or the money to make it happen. Now, that’s possible. The future success of this business will be because of this award and the time and energy I’ve been able to put into Caulies.”