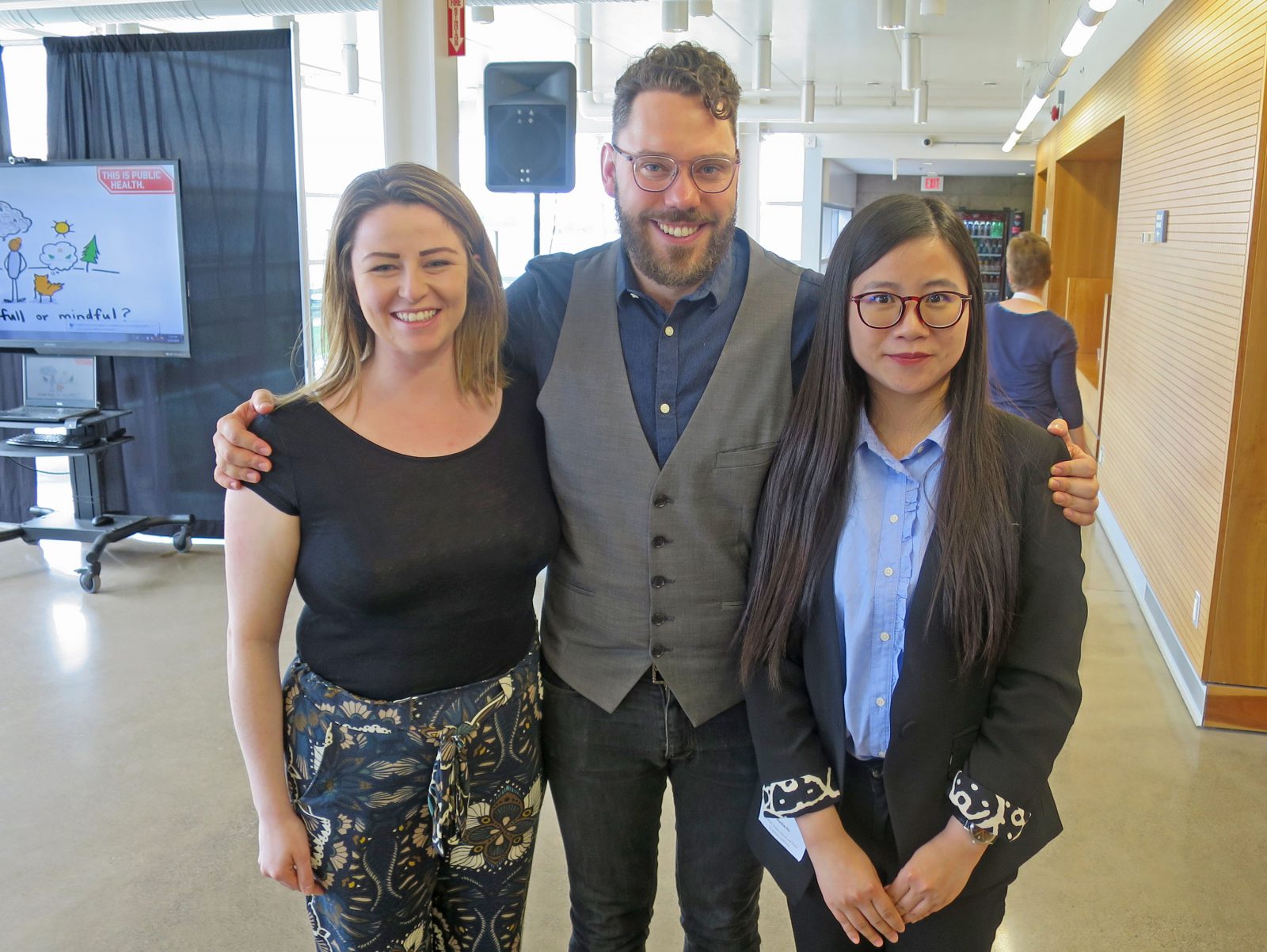 It wasn’t until he started at Brock University that Jonathan Brower was able to marry his passions: theatre, LGBTQ2 studies and spirituality.

During the Graduate Student Awards and Donor Recognition Celebration held on campus Thursday, May 10, the Master of Social Justice and Equity Studies student spoke about how the University and its donors have made a difference in his life.

An actor, playwright and producer, Brower told the more than 100 guests in attendance about how support from donors allows him to focus on his research and continue artistic pursuits, without having to worry about financial pressures.

“For research to truly be enriched, you need to be able to immerse yourself in it completely,” he said. “Support from donors allows me to focus my creative energy on academia, rather than having to worry about how my bills are being paid. Every layer of support I have received lifts me closer to success.” 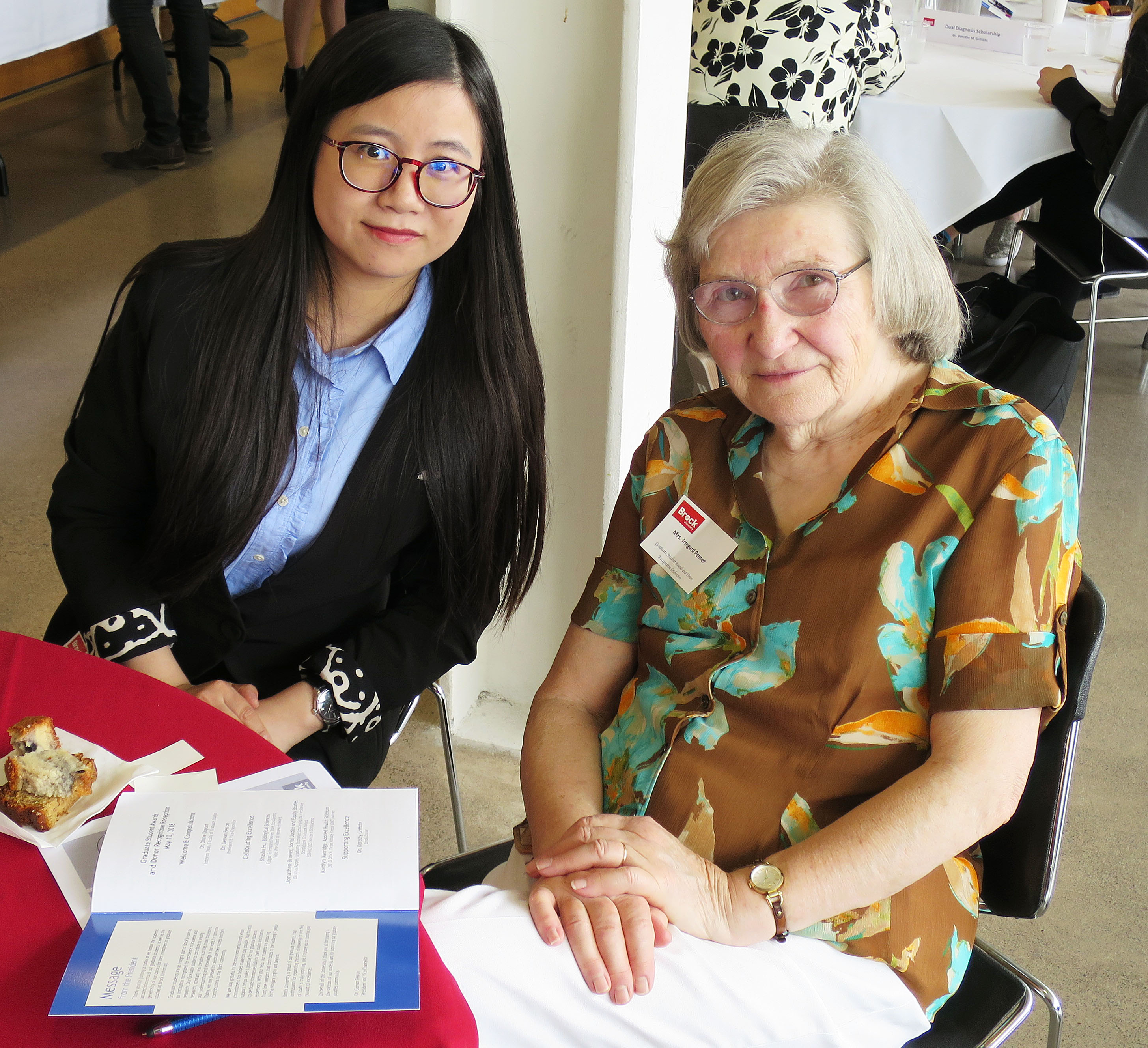 Hosted by the Faculty of Graduate Studies, the awards event celebrated student success and thanked donors for their generous support of graduate students.

Brower was the recipient of multiple awards at the celebration: a Bluma Appel Graduate Entrance Scholarship for Excellence in Social Sciences, the Scotiabank Graduate Award and a Social Sciences and Humanities Research Council CGS Master’s Scholarship.

Brower came to Niagara from Calgary, where he co-founded and ran a queer theatre company and wrote and produced a play, oblivion, about the struggle to reconcile faith and sexuality. The production toured Canada over three years, visiting major cities including Vancouver, Calgary, and Toronto, with a stop in St. Catharines last year.

Starting his master’s at Brock seemed a fitting next step for the student researcher, whose work explores “queer religious agency through narrative inquiry and applied theatre.”

“My own experience as a queer person in the Christian faith was marginalized, which led to the creation of oblivion,” Brower said. “This thesis project takes things a step further using collective theatre creation to bring the experiences of queer individuals from different faith backgrounds into conversation.”

She was nervous to share her story with the crowd, but lit up as she began speaking about her research.

Studying under the supervision of Michael Bidochka, Hu came to Brock from China and is researching Metarhzium, a fungus that kills pests but promotes plant growth and protects plants from pathogens.

She is looking to find a way for the fungus to create more spores, ultimately promoting it as a biocontrol agent in agriculture.

At Thursday’s celebration, Brock President Gervan Fearon said Brock’s generous donors “show incredible commitment to our graduate students and to the University through not only their funds, but also their encouragement.”

“It is wonderful to see so many donors here connecting with the recipients of their awards,” he said.

Fearon went on to emphasize the the high quality of research being produced by Brock students.

“Over the past year, I have been fortunate to speak with many graduate students and the one commonality I see between them is that they are all truly contributing to the betterment of Niagara, and transforming our world.”