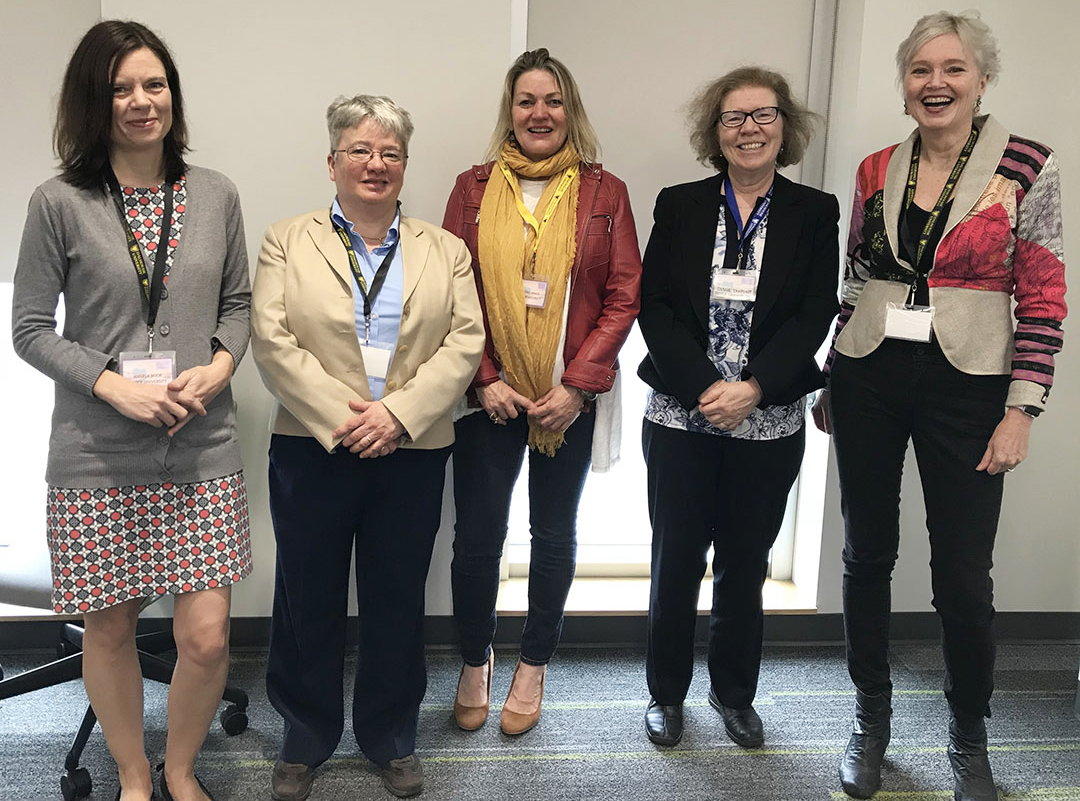 A national conference focused on increasing and improving opportunities for women in leadership roles within academia has inspired some of Brock’s own senior administrators.

Deans Diane Dupont, Ingrid Makus and Carol Merriam, along with Associate Deans Angela Book and Cheryl McCormick, made up the Brock contingent attending the Senior Women Academic Administrators of Canada (SWAAC) conference in Halifax at the end of April.

“Academic leadership is a different experience for women, and attending a gathering of so many smart and accomplished women leaders really was refreshing and inspiring,” said Merriam, Dean of the Faculty of Humanities.

Dupont, Interim Dean of the Faculty of Graduate Studies, found the keynote and panel sessions to be especially useful.

“Hearing that other administrators face similar challenges and learning how they have solved issues was inspiring,” she said. “I think the most important lesson was the role that having a network of trusted advisors can play in one’s success.”

Makus, recently appointed Dean of Social Sciences after a two-year term as Interim Dean, agreed. “What I found most compelling about the conference was the candour, humour and thoughtfulness with which these very accomplished women addressed the challenges and rewards of leadership in a university setting that is becoming increasingly complex,” she said.

“Participants emphasized that positive action included creating spaces where authentic representation could take place and where diverse voices could be heard. This is one of the challenges I’d like to take up as Dean of Social Sciences.”

Each of the attendees had different takeaways from the event.

McCormick, Associate Dean of the Faculty of Math and Science, was struck by the fact that “despite all of the challenges faced, the women truly enjoyed the work they were doing as administrators.”

Book, Associate Dean in the Faculty of Social Sciences, was inspired by “the focus on authentic leadership.”

But all five leaders agree that more can be done within the Brock community to encourage women to take on leadership roles.

To this end, the group is considering developing a workshop to help share some of the wisdom and insight that the conference provided, and to foster talent in younger colleagues who may be interested in an administrative role at the University.

Merriam said that among the great challenges for women in leadership positions, or those aspiring to such roles, is “visibility — being seen as leaders or potential leaders, and seeing themselves as leaders.”

“If we can help our women colleagues see themselves filling leadership roles, and help women be visible as leaders and potential leaders, then our time at SWAAC will have been very well spent indeed.”