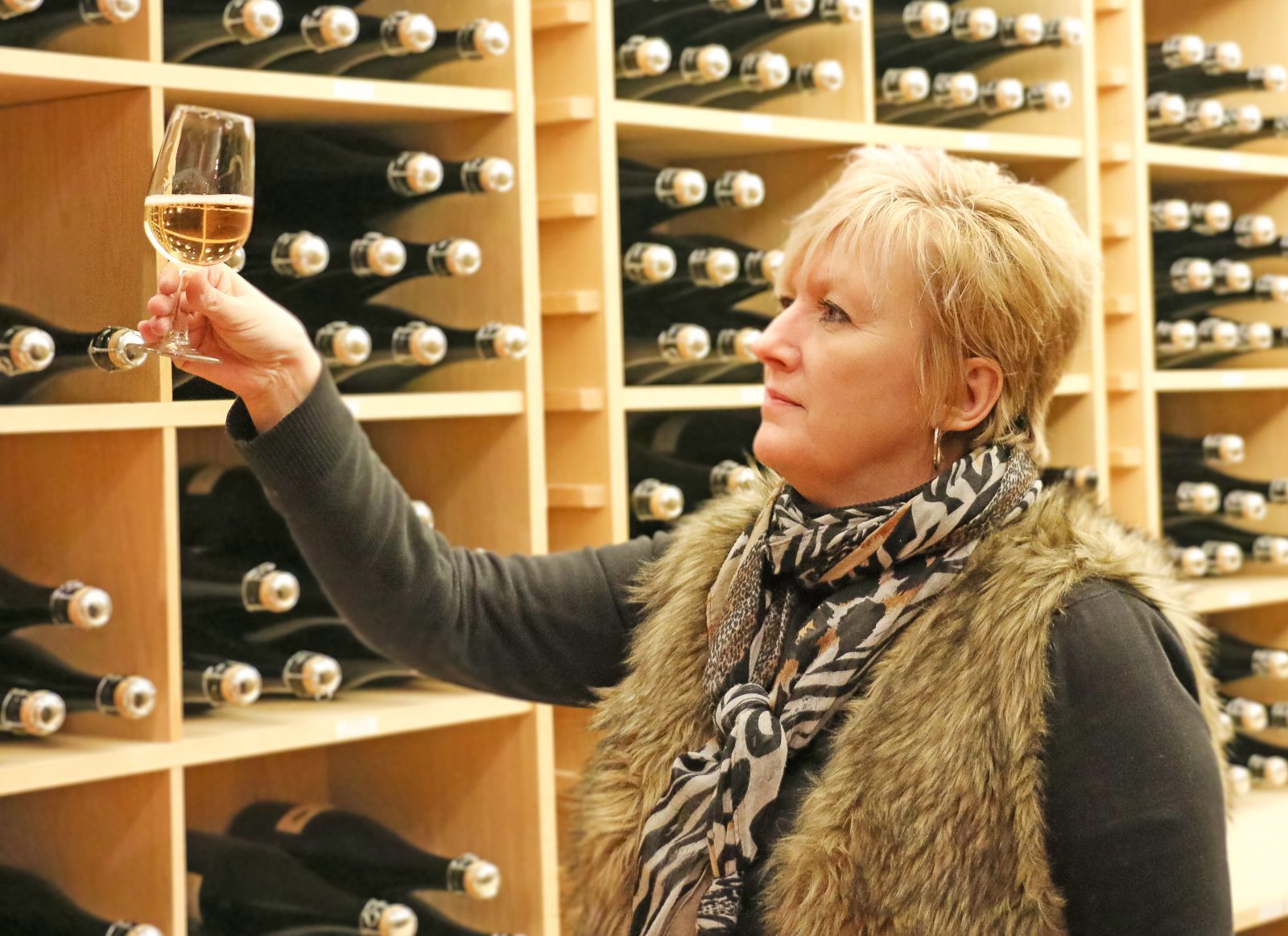 A Brock University researcher is being lauded as one of 16 women who have made an indelible mark on the wine world.

Belinda Kemp, a senior scientist in oenology at Brock’s Cool Climate Oenology and Viticulture Institute (CCOVI), is highlighted in the latest edition of the LCBO’s Vintages magazine in a feature about wine industry innovators from around the world.

“The women on this list are a group of forward-thinking industry trailblazers,” says Kemp. “To be named alongside them is truly an honour.”

Kemp was praised for being at the forefront of research on aroma and flavour in sparkling and appassimento wines. In her role at CCOVI, she splits her time between researching priorities identified by the grape and wine industry and providing outreach and support to that community.

With a winemaking passport that includes work on three continents, it was CCOVI’s international reputation and the allure of working on research that was relevant to the industry that brought Kemp to Brock in 2013. What kept her here was the collaborative culture of local winemakers.

“Ontario winemakers are so open to research collaboration and new ideas, and are genuinely interested and understand the value of wine research,” Kemp says. “What really kept me in Canada was when I realized winemakers were changing aspects of their winemaking based on the results of our research.”

Kemp’s laboratory dubbed ‘The Bubble Lab’ is recognized for its leading sparkling wine research and outreach work. In addition to her research on the topic, Kemp has organized Fizz Club since its founding in 2013. The networking group of sparkling winemakers is a closed-door session that allows those in the industry to discuss triumphs and challenges in sparkling winemaking and discuss the latest research advances. When Fizz Club was established, there were fewer than 40 wineries producing sparkling wine in Ontario. Five years later, the number of producers has ballooned to 90 and winemakers from four provinces have engaged with the group’s programming.

CCOVI Director Debbie Inglis says Kemp’s work at the institute embodies the spirit of the institute’s commitment to industry-based research.

“In her short time in Canada, Belinda made a lasting impact on the Ontario wine industry,” Inglis says. “Her sparkling wine research and outreach work has helped shape a growing segment of Ontario’s wine production.”