Brock teams up with Lincoln Museum on new exhibits 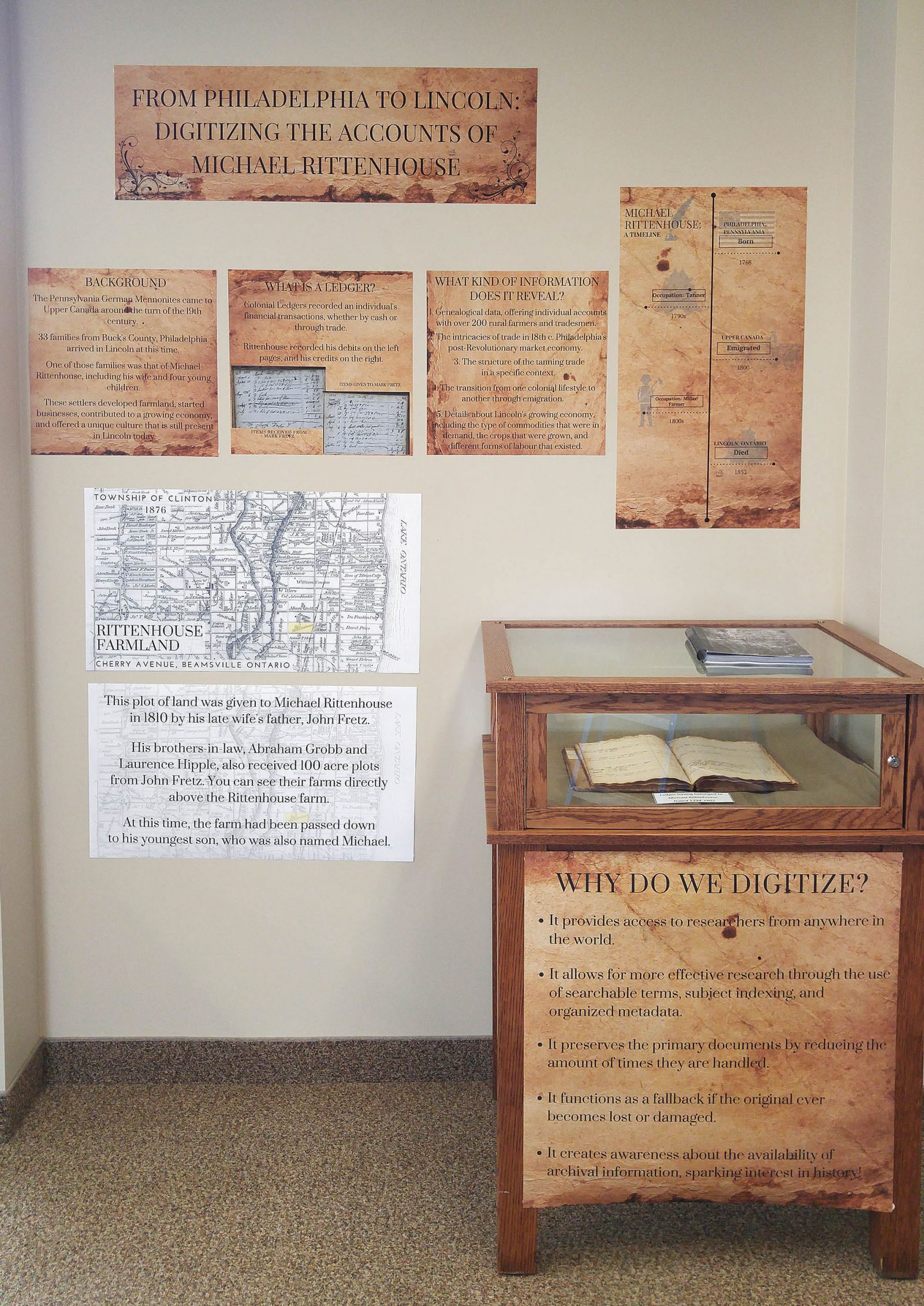 Brock History students have teamed up with the Town of Lincoln Museum and Cultural Centre to create two new exhibits.

You can hear the sense of excitement in Jess Linzel’s voice when she talks about local history.

The fourth-year Brock History student’s enthusiasm for the past and its impact on the present will be front and centre Thursday, May 10 during an open house at the Town of Lincoln Museum and Cultural Centre.

Made possible through a partnership between the museum and Brock’s Department of History, the event will encourage the public to engage with local artifacts, ask questions and speak with student researchers who contributed to the featured exhibits that will be on display.

The joint initiative allowed Linzel and fellow History student Derek Friske to dive into the museum’s collection to help create the new exhibits, which focus on the life of First World War veteran Pte. Clarence Huntsman, and the business ledger of settler Michael Rittenhouse.

“The Department of History is really pleased to have established this working relationship with the Lincoln Museum,” said department Chair Danny Samson. “History and heritage are important in Niagara, and we’re delighted to be working together to generate such exciting projects.”

The student exhibits “bridge our academic mission with the interests of the broader community,” he said. “The quality is absolutely top-notch, and the people of Lincoln have an opportunity to see their past, and to see it presented to the wider world.”

As part of her project, Linzel used Brock equipment to digitize Rittenhouse’s ledger for the museum, which plans to make the electronic copy available to the public in the future. Born in Pennsylvania in 1768, Rittenhouse was a Loyalist tanner who settled in Niagara in 1800 and took up work as a farmer and miller.

“It was interesting to see how he influenced a lot of the farming that took place in Niagara and Lincoln at that time,” Linzel said. Rittenhouse, she added, played a role in laying the groundwork for the thriving agricultural sector seen in Lincoln today.

Linzel is looking forward to having her work on display in such a public setting, but is most excited to share Rittenhouse’s story with the community.

“I love that the partnership is helping to make history more accessible to the public.”

The new exhibits will be on display until the end of August.

Who: Brock University’s Department of History in partnership with the Town of Lincoln Museum and Cultural Centre