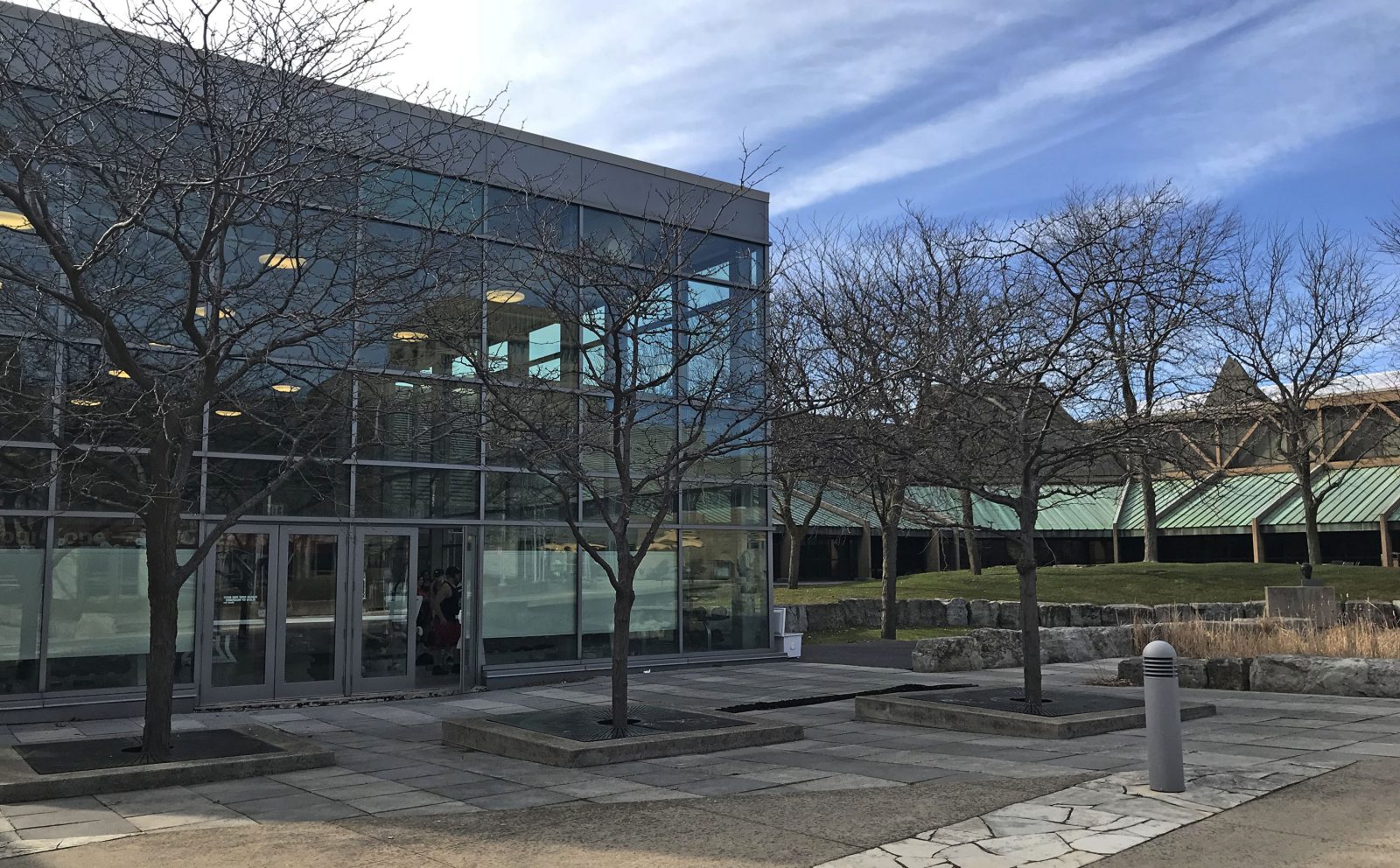 Thousands of potential students and their families will tour Brock University Sunday as part of Open House, when the institution opens its doors to show off what makes this such a good place to study and work.

What they may notice — for now at least — is Brock’s significantly undersized fitness centre.

That will change in the fall of 2020 when an expanded fitness centre three times the size of the current Zone will open to students and the entire Brock community. That project is now moving forward after 77.2 per cent of students who voted in a Brock University Students’ Union referendum voted in favour of funding the project.

The $6- to $6.8-million expansion will see the Zone expand to 15,500 square feet from its current 4,300. The successful referendum allows the project to be funded through a $17-per-credit fee for all full- and part-time undergraduate students over a period of five years, starting in September 2020 when the expansion is completed. After the five years it takes to pay for the initial construction costs, students would then be charged a $1.25-per-credit fee to cover maintenance and operations costs.

“Our gym is extremely small and future students are walking into it and have to consider what other schools have,” said Brian Hutchings, Vice-President, Administration. “It will be a huge competitive advantage to be on the same level as the other schools.” 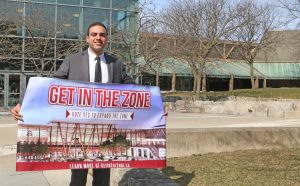 For Faisal Hejazi, the Zone decision made the past 11 months of hard work worth it.

As President of the Brock University Students’ Union (BUSU), Hejazi made the Zone expansion one of his main election platforms last year, and he has led the charge to see it through.

“It’s definitely a huge sense of relief. I was more anxious about this referendum than I was about my own election for president,” said Hejazi, who is planning to head to law school in the fall. “This is about providing future generations with something that will positively affect their mental health and overall Brock experience.”

Hejazi and others from both BUSU and Brock researched and toured fitness centres across Ontario and determined that the current Zone, opened in 2001 when students had to purchase memberships, is the smallest in Ontario. All Brock students now have access to the fitness centre through the Student Life Fee, resulting in a space that frequently hits maximum capacity.

Hejazi’s term as BUSU President wraps up this month, but he’ll no doubt be invited back when a grand opening is held for the new space in the fall of 2020.

Until then, he’s happy to pass the torch on the project.

“Now it’s up to the next two executive teams to work on it. There’s still so much to be done,” he said. “It’s like a relay race. I did my part and now I’m handing off the baton.”

Paul Smeltzer, Director, Capital Planning and Project Management, said the next step toward construction is the formation of a working group that will develop a project charter setting the scope, schedule and costs that everyone will agree to.

From there, Request for Proposals will be developed for architectural and engineering services.

“We hope to go to the marketplace by the middle of May and then have them secured by mid-July,” Smeltzer said.

From there, the design process will only take about six months because of the pre-work that has been done over the past 11 months.

Construction will likely get started by early to mid 2019 and will take about a year to complete — if all goes according to plan.

“It’s an extremely complicated project because we’re tying into existing buildings and services,” Smeltzer said. “We have a really good idea of how we need to go forward, but there’s a lot of design work that has to be done.”

He said a major part of that work will be designing something that can realistically be constructed inside the confines of a courtyard surrounded by existing buildings.

“Constructability will be a significant undertaking and we’ll be looking at how to get equipment and material in there and how things like the courtyard and adjacent hallways will be operated during construction.

“There’s a lot of things that have to be considered, but in the long run, putting the Zone where it’s proposed is likely the best solution.”

For Brock Sports Director Neil Lumsden, all that work will be worth it.

“When you look at what all Brock students will now access, it will be some of the best around,” he said. “If you look at just our intramural athletes, we have more than 3,300 individuals, many playing multiple sports, who will benefit by being able to train with great instructors in a fabulous facility.”

An artist’s rendering of the Zone fitness centre expansion.