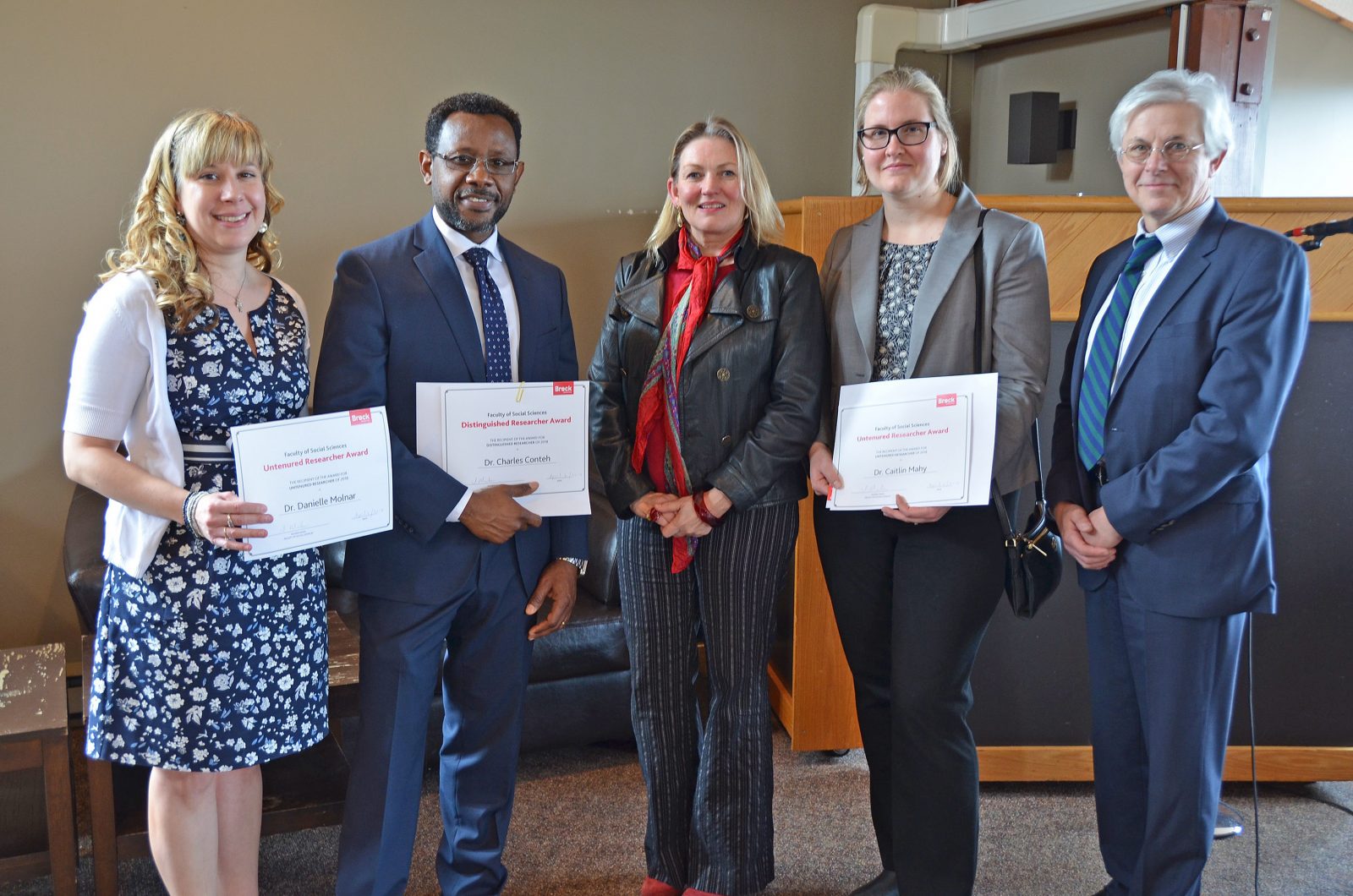 Outstanding achievements, notable contributions to disciplines and student work to advance research and scholarship were recognized at a Faculty of Social Sciences award ceremony Friday, April 6.

Charles Conteh from the Department of Political Science and Larry Savage from Labour Studies were named the Faculty’s Distinguished Researchers of 2018.

Conteh, who also serves as the Director of the Niagara Community Observatory, is investigating the institutions and processes of economic and social innovation in local and regional communities, including Niagara.

“I feel deeply grateful for this recognition by the largest Faculty at Brock with its passionate commitment to the University’s goal of world-class research, teaching excellence and meaningful community engagement,” Conteh said. “I see this award as an affirmation from a Faculty endowed with a vibrant community of internationally renowned scholars, teachers and dedicated staff. It is encouraging and inspiring to be surrounded by such a supportive community.”

Savage’s research is focused on anti-unionism and “exploring the tactics and strategies of anti-union employers and responses of unions looking to overcome obstacles to organizing workers in the low-wage service sector.”

“It’s an honour to be recognized by my peers,” Savage said. “The Department of Labour Studies at Brock is a very supportive environment for researchers.”

Both Mahy and Molnar have also recently received provincial recognition through the Early Researcher Awards, given by the Ontario Ministry of Research, Innovation and Science.

Mahy, whose research focuses on children’s future-oriented cognition, calls it an honour to be recognized in a Faculty with many outstanding early researchers.

Molnar agrees, calling it especially meaningful to be recognized by colleagues. She also noted that the award “will support a multidisciplinary research program focused on understanding how perfectionism impacts adolescent health and well-being via both biological and social pathways.”

According to Ingrid Makus, Interim Dean of the Faculty of Social Sciences, each award was originally intended for only one recipient. However, the adjudication committee, faced with such strong applicants, got special permission to grant each award to two researchers.

“The recommendation that these inaugural awards be granted to two individuals in each category on the grounds that the exceptionally high quality of their respective dossiers merited recognition is evidence of the world-class research and scholarship being undertaken in the Faculty of Social Sciences,” Makus said.

In addition to the faculty members, nearly 30 undergraduate and graduate students from across the Social Sciences were acknowledged for their extensive research work.

“It was a privilege to read the research proposals that were submitted by FOSS students,” said Dawn Zinga, Acting Associate Dean for Graduate Studies and Research. “It’s always amazing to read about the breadth and depth of research being done by our graduate and undergraduate students.

“Clearly, the mentorship and opportunities offered by faculty are leading to exciting new student research projects.”

Zinga and Makus were both delighted to meet many of the student recipients of the inaugural Student Research Award at Friday’s ceremony.

“These inaugural Student Research Awards recognize the essential role our students play in knowledge generation, dissemination and application,” Makus said. “We are very proud of their ongoing research accomplishments.” 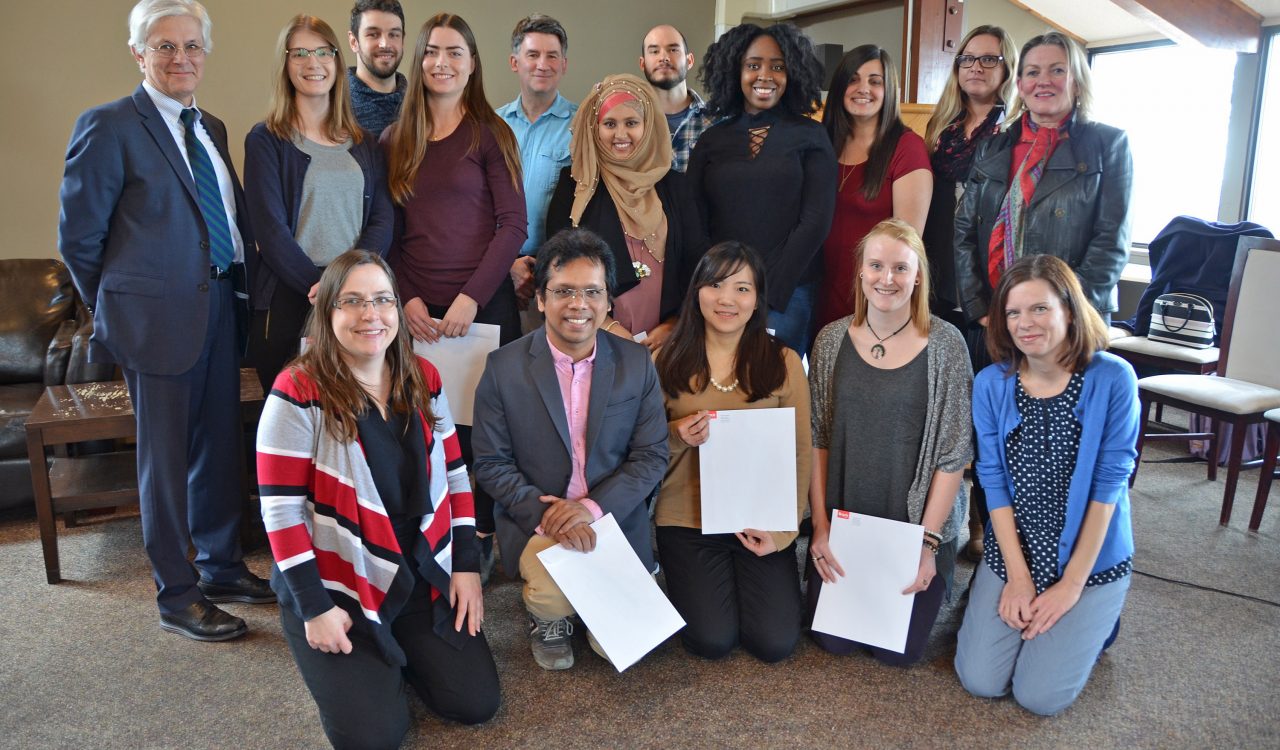