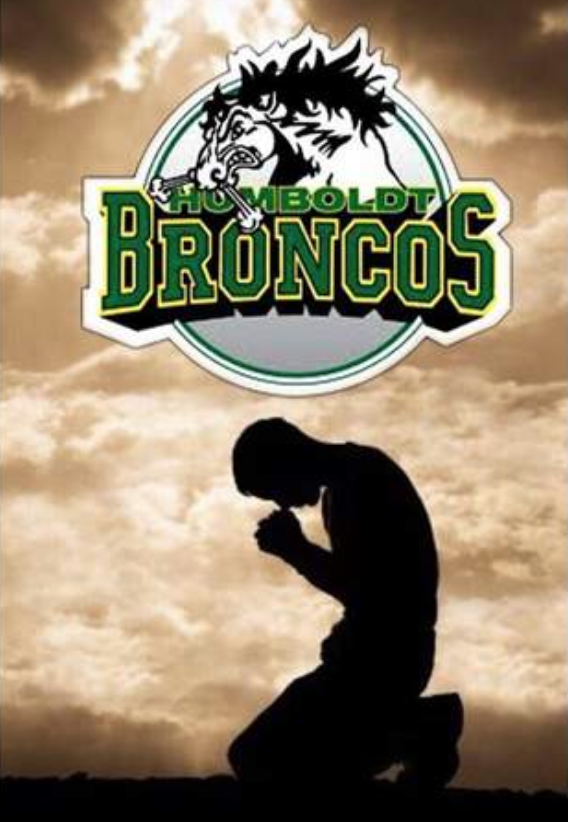 Members of the Brock community are encouraged to wear a sports jersey to campus on Thursday, April 12 as part of a tribute to the 15 members of the Humboldt Broncos junior hockey club, most of them teenagers, who died in a horrific traffic accident.

People across Canada woke up Saturday morning to the news that a bus taking the team to a Friday night playoff game was involved in a catastrophic crash with a transport truck on a rural Saskatchewan highway.

Over the weekend, a group of Vancouver hockey moms called on Canadians to wear a sports Jersey on Thursday to honour the families of the victims. It quickly became a national movement as thousands of individuals, teams and organizations posted their intention to participate.

The devastation that staggered the Saskatchewan town of Humboldt, and the families of young victims from communities across Western Canada, has resonated around North America, including here at Brock, said Provost and Vice-President, Academic Tom Dunk.

“The University extends its deepest condolences to everyone who has been victimized by this tragedy,” said Dunk. “At Brock, we know what it is to have a strong sense of community. We all share the grief and pain that this catastrophe has wrought on the victims’ families, on the city of Humboldt and on Canada’s hockey community.”

Tim Kenyon, Brock’s Vice-President of Research, who is a native of Saskatchewan, said sports involving team travel are part of the Canadian experience and identity, especially in parts of the country where considerable travel is required to play opposing teams.

“This tragedy touches all Canadians,” said Kenyon. “We admire our athletes’ commitment, delight in their talents and celebrate their achievements, in sports and more widely. And now we feel the terrible loss of the Humboldt Broncos’ players and staff, and share in the heartbreak of their families and the entire extended community of Saskatchewan and beyond.”