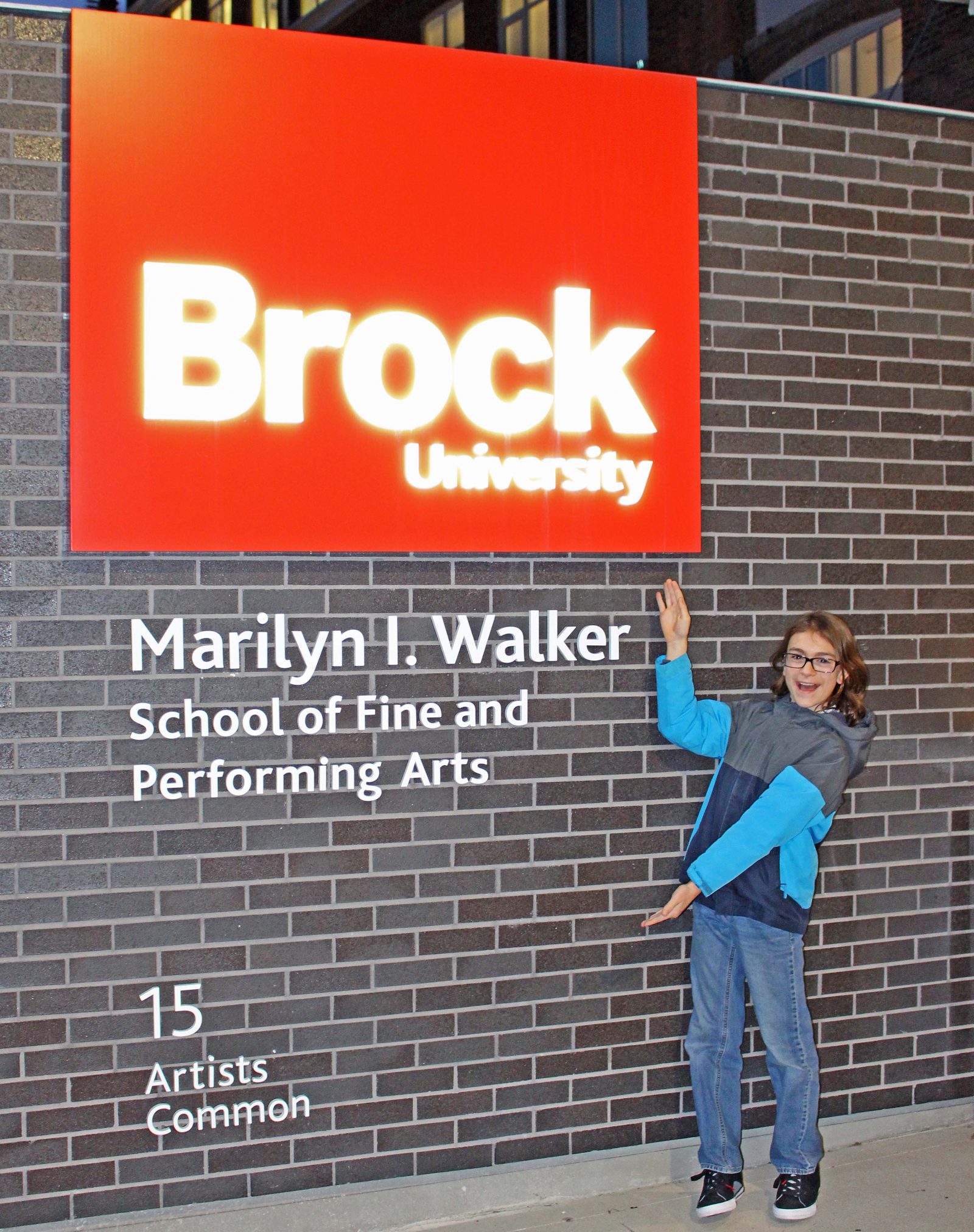 Giovann Contini was invited to tour the Marilyn I. Walker School of Fine and Performing Arts after selecting the school as the subject of his Heritage Fair project.

Brock will open its doors to more than 100 young history enthusiasts this week.

The University will host the annual Niagara Catholic Regional Heritage Fair on Wednesday, April 18, welcoming more than 100 elementary students to present their projects.

Also known as the Historica Fairs Program, the educational fair encourages Niagara Catholic District School Board students in Grades 4 to 8 to develop awareness and interest in Canadian history. Students spend several weeks creating their history projects, which are then presented in class and showcased in their respective school’s gymnasium. The most promising projects then advance to the regional event, held at Brock.

Students participating in Wednesday’s fair engage in a full day of learning, with morning workshops on Indigenous culture and an afternoon excursion to the Niagara Falls History Museum.

When mulling over options for his project, Giovann Contini knew there was a building in downtown St. Catharines he was eager to feature — the Marilyn I. Walker School of Fine and Performing Arts (MIWSFPA). 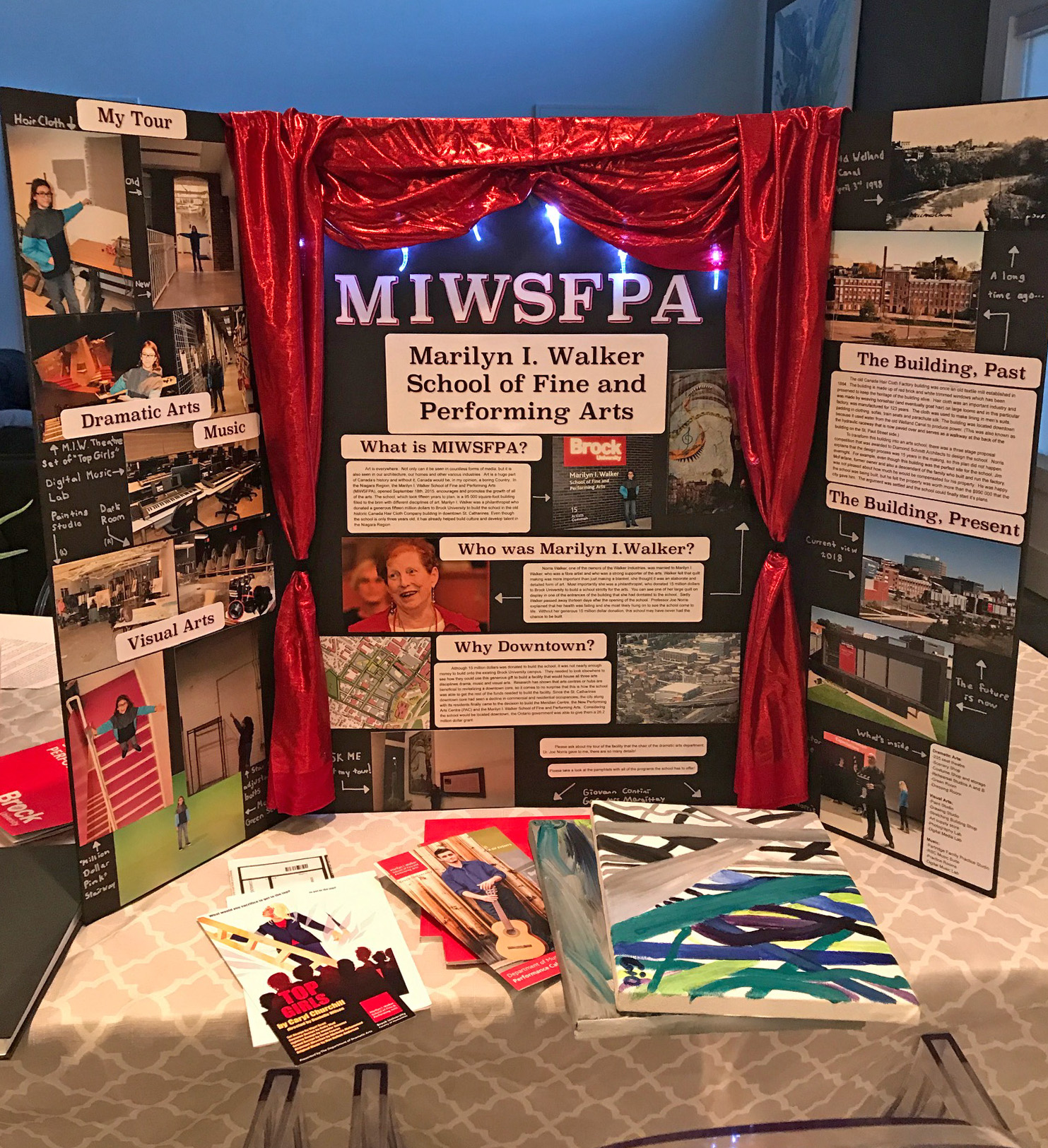 Grade 6 student Giovann Contini chose to do his Heritage Fair project on the Marilyn I. Walker School of Fine and Performing Arts.

The Grade 6 student from St. Michael Catholic Elementary School in Niagara-on-the-Lake was drawn to the school because of his love for the arts.

“At first, I was going to choose the topic of Canadian military weapons through the ages, but I realized I wasn’t as interested in that topic as I thought,” he said. “As I started to look into other topics, I got really excited about what the MIWSFPA was. Since it’s so new, I figured it would be a great opportunity to do something that no one else has done.”

When Associate Professor of Dramatic Arts Joe Norris got news that Contini was presenting his project on the MIWSFPA, he invited him to the downtown campus for a private tour and interview session.

“After the tour, I really felt like I would love to go to this school when I’m older. It just has so much to offer,” Contini said.

Included in the project, to be showcased on Wednesday, are paintings created by Contini.

He drew inspiration “from the sketches in the painting studio that the Brock students were working on,” he said. As his paintings progressed, he added colours to the black, grey and white background, “symbolizing how art brings colours into our lives and makes it more interesting.”

Five winners from regionals will advance to the Provincial Fair in Toronto in June.