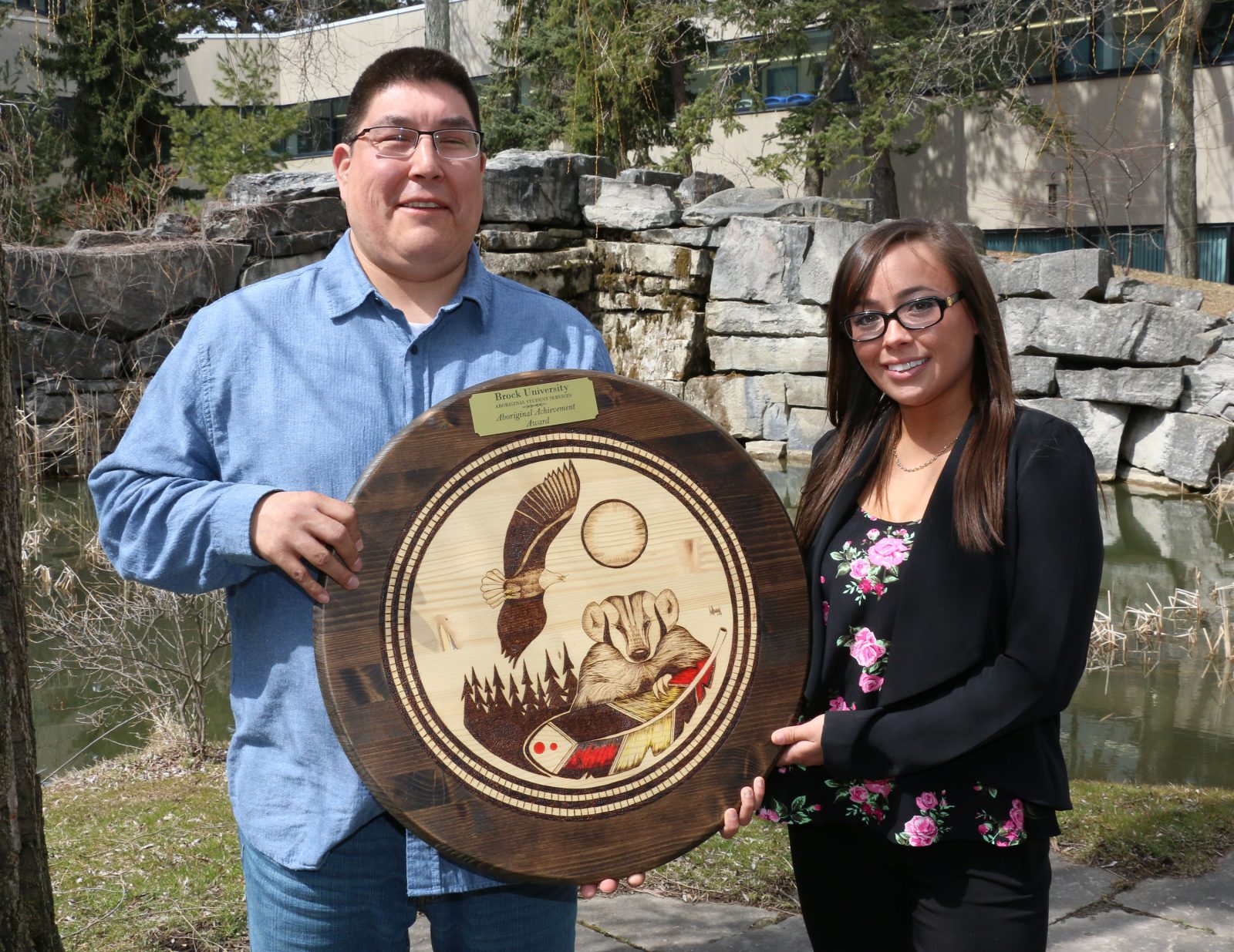 PhD student Josh Manitowabi and undergraduate Jessica Bomberry were named the 2018 recipients of the Aboriginal Achievement Awards on Monday, April 9.

When Josh Manitowabi looked at his nephew’s textbook a few years ago and realized it had the same outdated Indigenous history as his textbooks from three decades earlier, he knew something had to change.

Manitowabi, an Anishinaabe from the Wikwemikong First Nations on Manitoulin Island, has been a sponge for all things Indigenous history his whole life, so he decided to turn his hobby into a career in the hopes of improving what’s taught about the subject in Canadian schools. 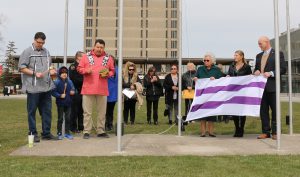 Jessica Bomberry, a member of the Six Nations of the Grand River, realized she could help her community by using her economic skills to help forge a path to economic growth in order to sustain and grow the population.

On Monday, April 9, Manitowabi, a Brock PhD in Humanities student and Bomberry, who recently completed her undergrad degree in Applied Economic Analysis, were named the 2018 recipients of the Aboriginal Achievement Awards.

The event was part of a day-long celebration of Indigenous recognition, which included both the 17th annual Aboriginal Achievement Awards, as well as the inaugural flag raising at a new flag pole in front of Schmon Tower that will be dedicated to hosting Indigenous flags from across the country.

For Sandra Wong, Aboriginal Academic Support Program Co-ordinator for Brock’s Aboriginal Student Services, the awards are a way to recognize Brock students who are working to make the future better for their communities.

“It’s important our students see themselves in this education process,” Wong said. “We want to highlight these students so that other people can see this and be shown that students can be role models and mentors for future Aboriginal peoples to come.”

“When more Indigenous knowledge and culture is added to the Canadian school curriculum, it will enhance understanding and relations between Indigenous and non-Indigenous students,” he said. “It will also teach an Indigenous perspective to Indigenous youth, who often feel alienated by not seeing their history taught within a framework relevant to them.”

When accepting his award, Manitowabi said “I can’t change the world, but I can provide a small piece of the puzzle.”

“If we’re going to move toward reconciliation in Canada and teach non-Indigenous people about our history and perspective, it’s like a big jigsaw puzzle and everyone has to put their piece into that puzzle,” he said. “I think the education system for high schools and even younger is the best place to start to educate non-Indigenous about where we come from and what our struggles are.”

After graduating from Brock in June, Bomberry plans to continue her education with a master’s in economic policy or development. She said she was motivated to pursue her post-secondary education after witnessing first-hand how economic challenges have impacted her community. 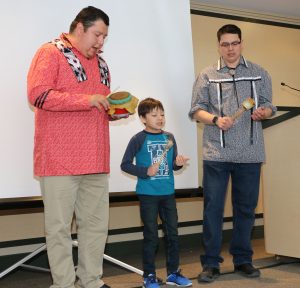 “I chose this path in order to give myself a better chance to create a positive impact on the Indigenous community,” she said. “We all need to come together to make change.”

After the awards ceremony Monday, the focus turned to the cluster of flag poles in front of Schmon Tower, where the new pole dedicated to Indigenous flags now lives.

The first flag, the Two Row Wampum, was selected because it symbolizes two vessels travelling down the same river together, a reference to the relationship between the University and the Indigenous community.

Moving forward, flags will be changed once a month with the goal of seeing many Indigenous communities represented.

The idea originated with Vice-President, Administration Brian Hutchings, who called the initiative a team effort.

“I think it will help us in many ways at Brock University to recognize our lands and the people who are studying here.”

Wong called the flag a “positive direction” for the University to be moving in.

“This flag is a learning tool. I’m very pleased that this is another step toward Indigenizing our University,” she said. 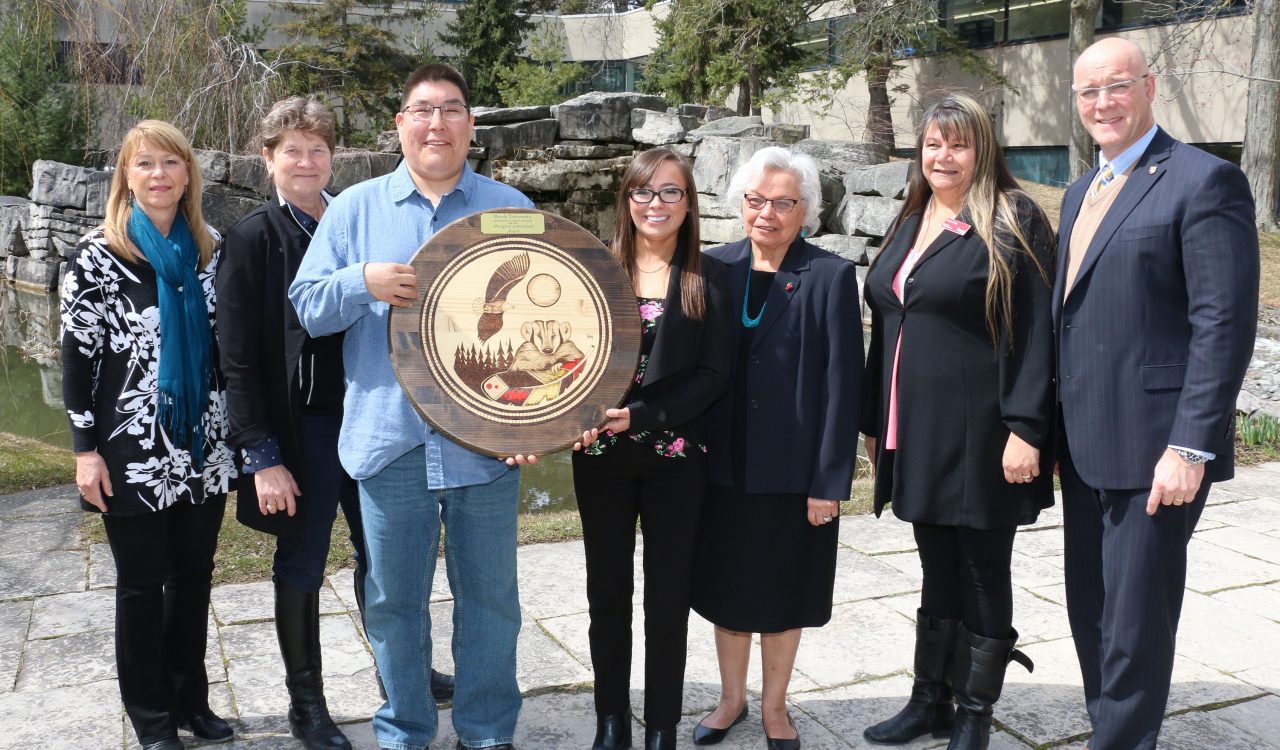 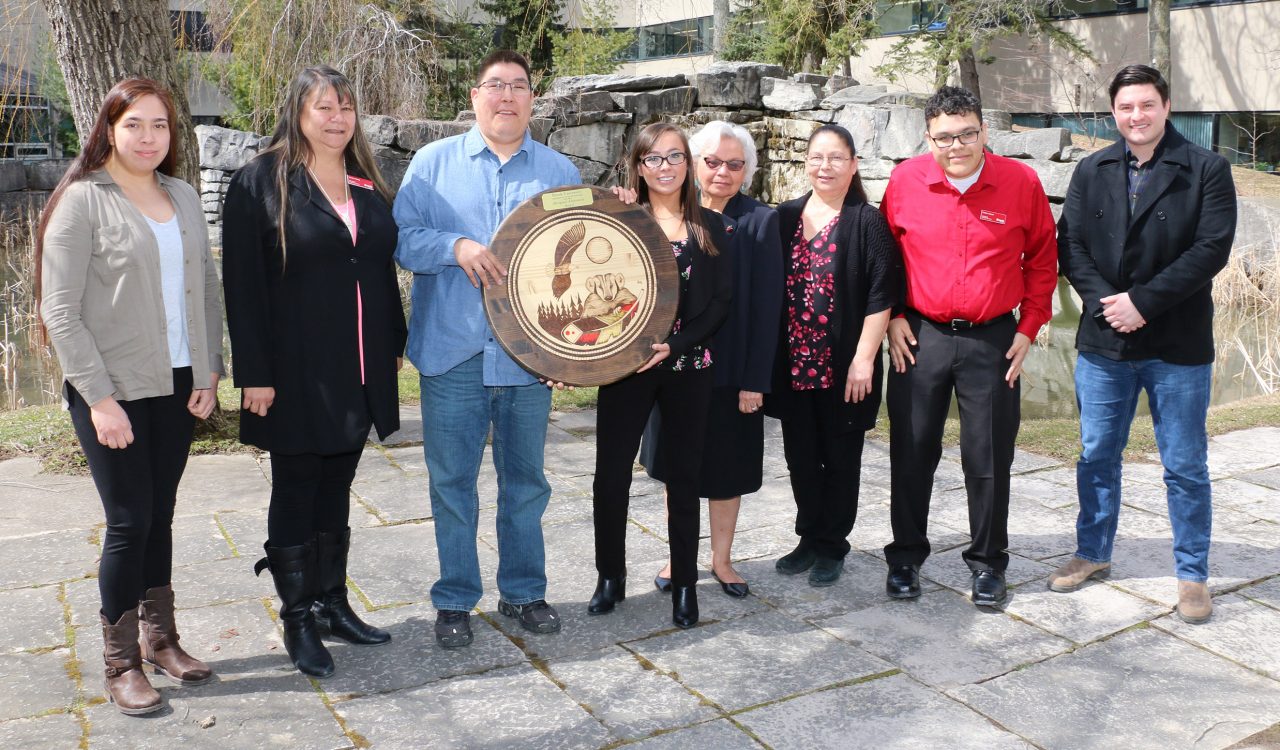 The recipients of the Aboriginal Achievement Awards with staff from Aboriginal Student Services.