Teachers and friends mourn Indigenous student who overcame the odds 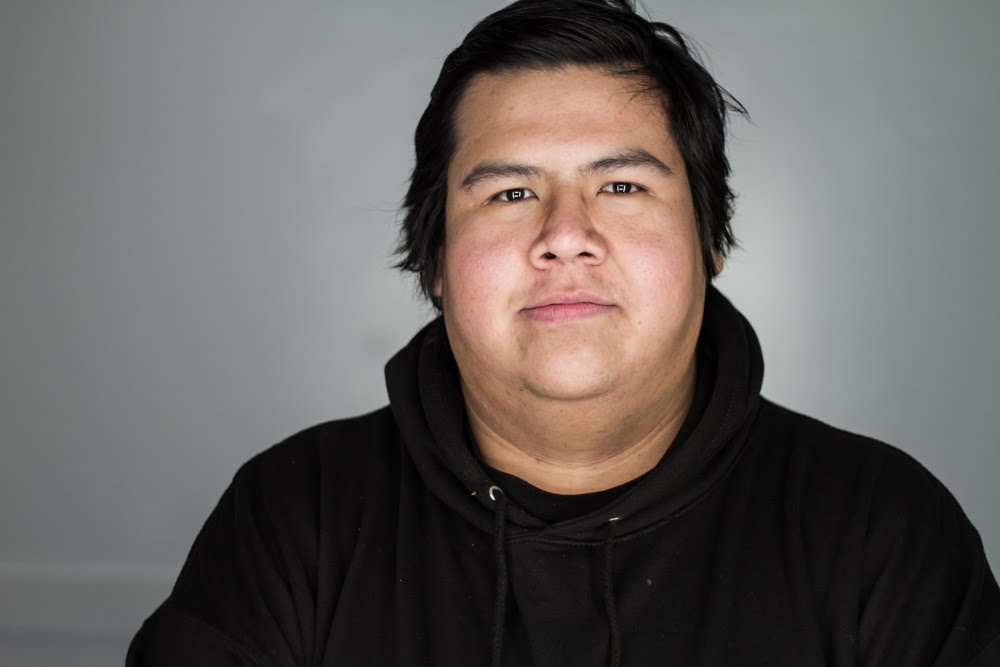 Joshua Yesno discovered a passion to capture the spirits of the world as a visionary cinematographer.

After an adolescence checkered with darkness and pain, Joshua Yesno could finally see a horizon glowing with promise and hope.  “I am ready to step into my rightful place in the world,” the young Indigenous man wrote last fall, as he prepared to complete his post-secondary education.

Optimism was not always his forte. As a youth in Thunder Bay, he’d known racist bullying, addiction, violence and a couple of nights’ incarceration.

At home, education was a staple. Mother Rose and sister Tanya are both school principals, and sister Rebecca is in third-year psychology studies. But while Josh passed high school, he was failing a college program he had little interest in, feeling adrift and running low on chances.

Then his mother got a call from her friend Shirley Cheechoo, who runs Weengushk Film Institute on Manitoulin Island. Weengushk is affiliated with Brock University, where Cheechoo serves as Chancellor.

She wanted Josh to enroll. He had 48 hours to pack and get to Manitoulin for the first day of classes.

For the young Cree from northern Ontario, it was an epiphany. Josh bonded with classmates as they worked production and made films. He discovered he had a passion to capture the spirits of the world as a visionary cinematographer.

As a Brock student at Weengushk, Josh graduated last year with honours for the Certificate in Film Production, and was on track to match it this June with a Certificate in Television Production.

“When I’m done school,” he told the First Nations newspaper Wawatay News, “I’ll look for a full time job in the industry to continue my studies in the real world. My dream job would be as a director of photography.”

The dream was not to be. On March 14, at the age of 27, Josh died after suffering a massive heart attack. Besides battling discrimination and societal demons, he also had to deal with diabetes and genetic heart disease.

His death stunned the tightknit students and staff at Weengushk. School officials began collecting donations so classmates could make the 14-hour drive to Thunder Bay, where it was assumed a service would take place. Then a donor made a generous gift that enabled Josh’s family to take him to the remote fly-in community of Fort Hope, Ont., where he was buried beside his father.

Josh’s life epitomized the struggles faced by many Indigenous young people living in a transitional generation. Last fall, in an application for academic funding, the shy young man wrote a powerful, eloquent letter about where he had been and what he had overcome.

“I had a wonderful childhood in most respects. I am an intergenerational residential school survivor, my father, John Rae Yesno, attended Moose Factory Horden Hall. He was a very supportive and kind father, but I lost him at the age of 13.  As survivors, it isn’t just our parents or grandparents that were impacted, it is our children and youth and our entire communities, our leaders, teachers, parent’s friends, aunties, and uncles, anyone who survived residential school, that influence how we see the world.

“It’s like we are all products of those very dark years when we were stripped of our culture, our language and our identity.  As a youth I fell into addiction, self-medicating from loss, insecurity, an education system that didn’t support differences and I became withdrawn and uninspired.

“Over the past couple of years (at Weengushk) I have grown, stepping out of addiction, and my protective shell. I have thrived, finding my voice as an Indigenous young man, slowly moving back to our traditional ways, to my Cree culture and coming to understand my adopted Ojibwe community on M’Chigeeng First Nation.

“I was proudly accepted into the Lab 2 program at WFI and I am even more proud to say that I just graduated Lab 1 with honours and gained a certificate through Brock University. This is a long way from my first experience at WFI when I was still fighting my demons, holding my secrets and closed off from my identity.  I am ready to step into my rightful place in the world.  To let my voice speak through the medium of film and storytelling and to create projects that represent our people, our unique voices and our traditions.

“I promise to create the best work I can.  To tell our stories.  To be a leader.  I will follow the teaching of Shirley, our instructors and medicine people who have changed my life.

On April 28, family and friends will gather at Weengushk for a memorial service in honour of Josh.

Shirley Cheechoo: “In a person’s lifetime, you always come across someone who makes the earth you live in a better place, that was Joshua Yesno.  Joshua was a big bear to us, a very warm blanket.  You would feel safe whenever he was around. Joshua meant the world to me. He inspired me never to give up, he made it to our school every day and worked very hard.  I watched him change from a very dark place to a bright light. We all loved him very much and will miss him dearly.”

Scott Henderson, Brock University Associate Professor of Communication, Pop Culture and Film: “I met Josh a few times during my visits to Weengushk, as well as when he came to Convocation last year. It was clear that his experiences at Weengushk were giving him new confidence. He recently completed an impressive TV series pilot and proposal with two of his fellow students as part of his work in the Television Production program at Weengushk. He was an incredibly promising student who had unique insight to bring to his work.”

Rose Yesno: “We are grateful that Joshua found passion with the program he was proud to complete affiliated with Brock University. We extend our appreciation to Dr Shirley Cheechoo for taking him under her wing and to staff and students at Weengushk. We can’t thank you enough for all you did for him.” 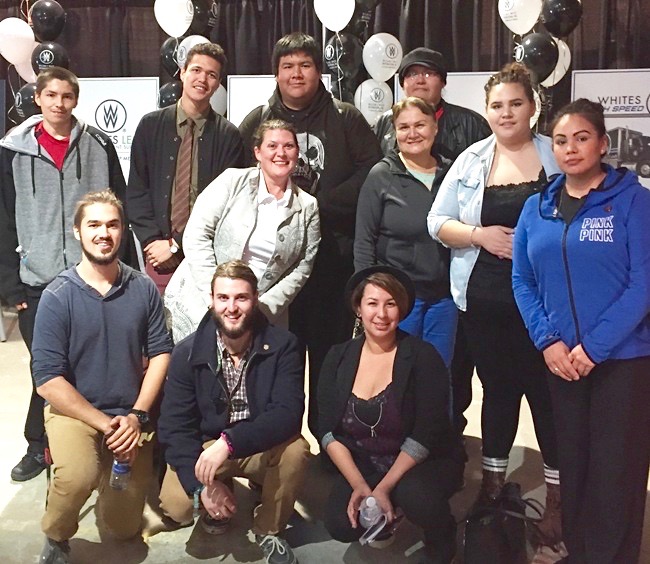 Joshua Yesno, in the back in the centre, with Weengushk colleagues. Standing third from right is Shirley Cheechoo.