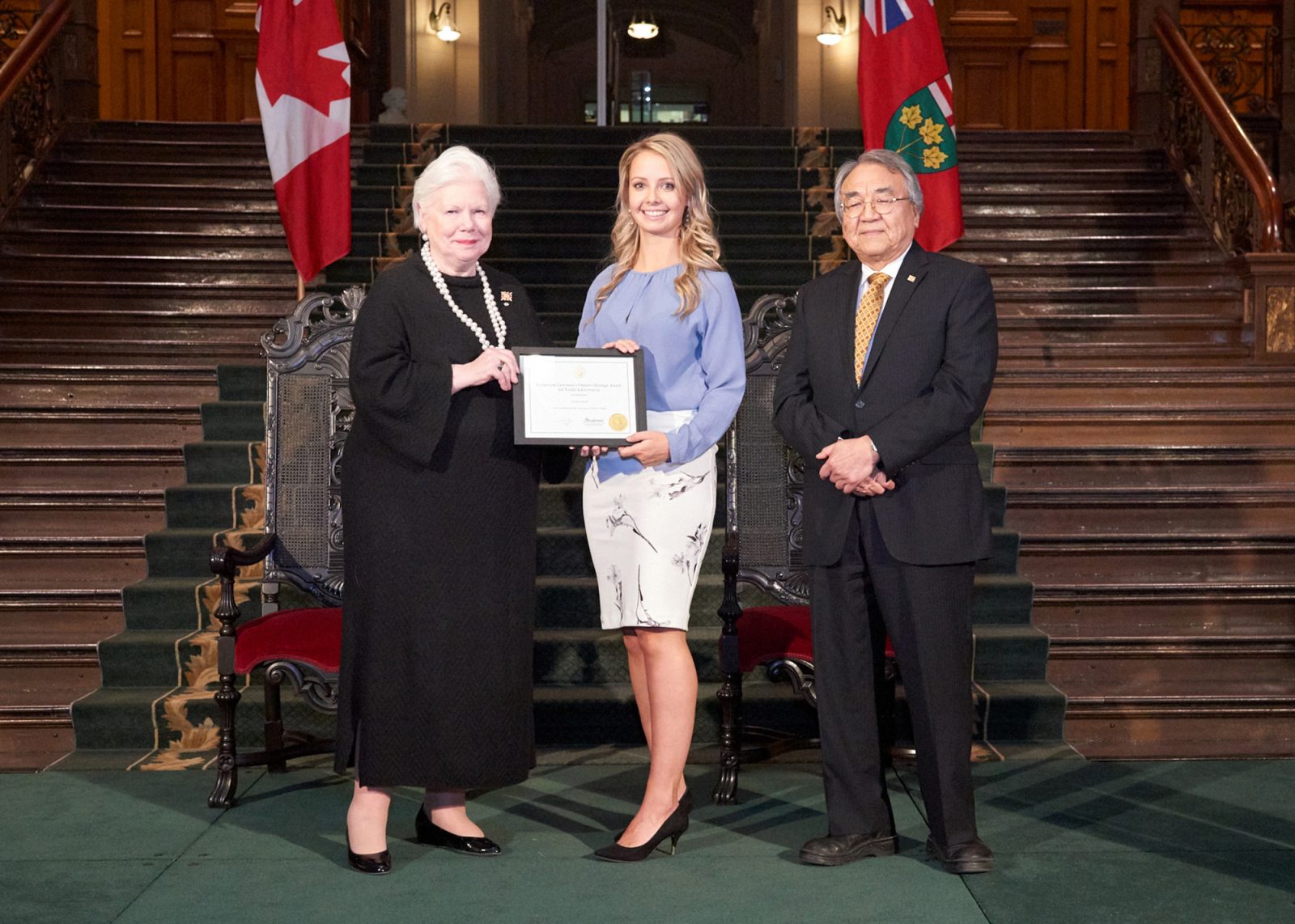 In February, the fourth-year History student was honoured for her volunteer efforts at Nelles Manor, a historic house in Grimsby.

“I volunteer because I believe in the importance of local history,” Linzel said. “The Niagara region has some fascinating history and I want to help preserve any trace of colonial heritage that is left standing.” 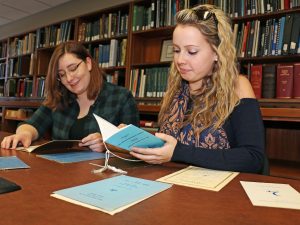 Jessica Linzel, right, looks through pieces of the Charles A. Sankey Collection available in Brock’s Special Collections and Archives within the James A. Gibson Library as part of a research project on Colonel Robert Nelles. Linzel is pictured with fellow student Grace Viana.

Linzel started working at Nelles Manor in the summer of 2016 through a Canada Summer Jobs position. When her work ended and she went back to school, Linzel carried on her work at the historic house as a volunteer.

Nelles Manor was built in several phases between 1788 and 1790 by Colonel Robert Nelles. The Nelles family had left the U.S. following the American Revolution and came to Niagara as United Empire Loyalists. Occupied by British, American and local militia forces during the War of 1812, the house was later restored by Linda and Barry Coutts over 50 years and then converted to a private museum in 2016.

“I see all the work that needs to be done in order to make the museum succeed,” said Linzel. As a founding member of the museum’s special events committee, her work focuses on raising the public profile of the museum through advertising, event planning and co-ordinating volunteers.

Learning about local history outside the university classroom has been the “icing on the cake” for the history buff, who has enjoying meeting with Nelles’ descendants while also working with artifacts, such as Colonel Nelles’ redcoat from 1812, old maps and personal letters.

Linzel has also been able to connect her experience with the house to her coursework, examining correspondence from Joseph Brant to Colonel Nelles for a primary source analysis assignment and exploring freemasonry in a local context. Colonel Nelles was the first Worshipful Master at Masonic Lodge No. 7 in Grimsby in 1799.

Linzel will be starting her MA in History at Brock in September, and plans to focus on local heritage.

“Nelles Manor is a testimony to the hard work of the Loyalist settlers in this area,” she said. “I want everyone to know they have access to this treasure right in our own backyards.”