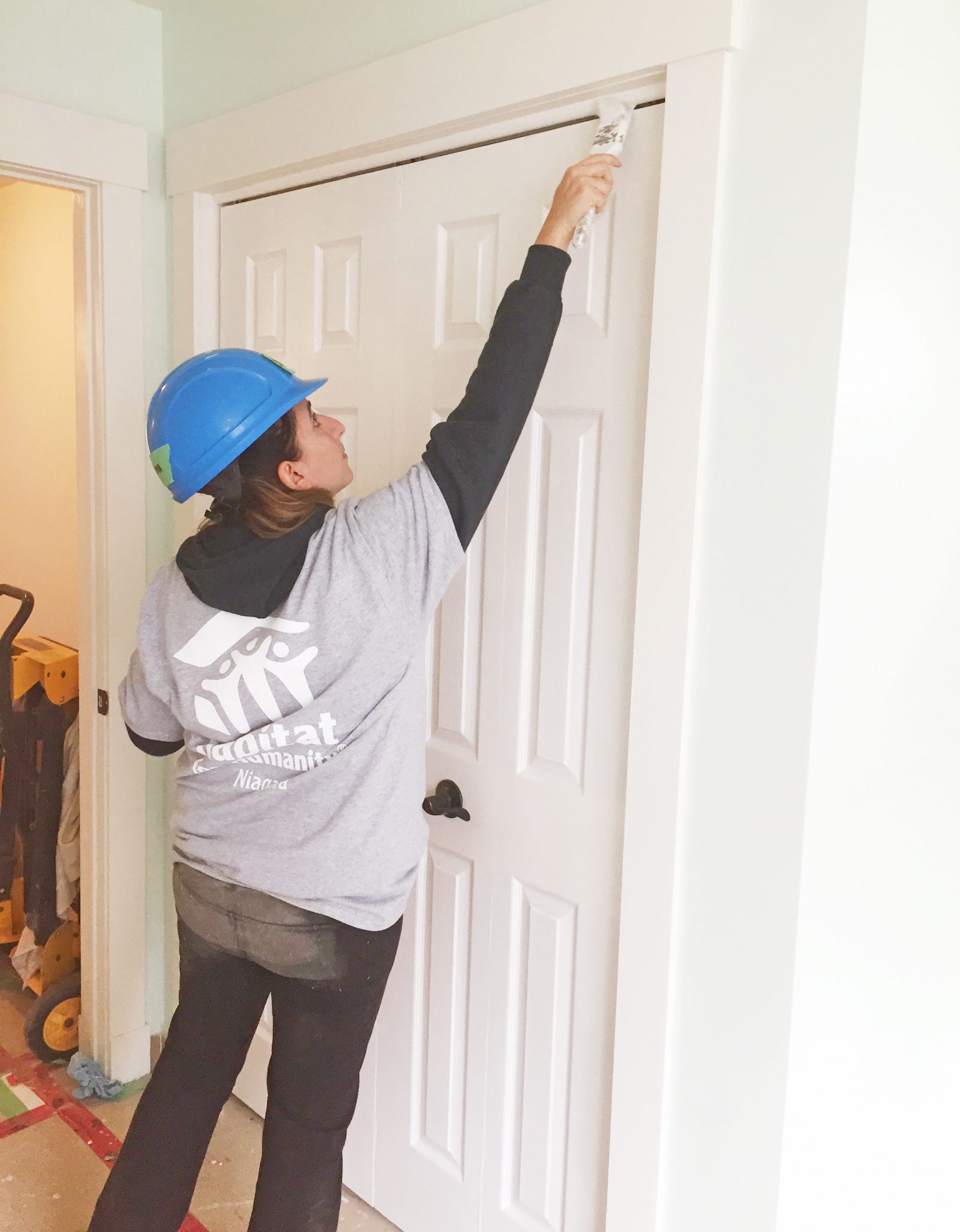 Brock University is helping Habitat for Humanity Niagara mark a milestone year with a massive build in Welland.

The University is looking for 18 faculty and staff members to contribute to a five-home build set to begin this spring in celebration of Habitat’s 25th anniversary.

The near $1-million project, which includes two semi-detached and a single-dwelling home, will take place on a large lot on Afton Avenue in Welland.

While Brock has previously participated in two Habitat Women Build events, this is the first time a co-ed team from the University will be taking on the challenge of an open build.

“I’m really looking forward to being able to have men join us this time around,” said Sandy Howe, Brock’s Associate Director, Experiential Education, and a past build participant. “The Women Builds have been fantastic in years past and I can’t wait to see the interest from the Brock community for this first-time open build.”

Internationally, the University also participates in the Habitat Collegiate Challenge and Global Village builds, working with students on construction projects over Reading Week.

The builds are an opportunity to give back to the community in a tangible way and to help provide affordable housing that is strongly needed across Niagara, Howe said.

“As someone who has done a number of builds with Habitat both locally and abroad, I love the opportunity to go out with a team of colleagues at home and contribute to positive change in our community,” she said.

Those participating in this spring’s build will work on one of two days: Framing walls on Monday, April 30 or insulating on Wednesday, June 27.

Staff and faculty interested in being part of the Brock Habitat team can submit an expression of interest online by Monday, March 26 at 11:45 p.m. Interested parties will then be entered into a lottery for the available team spots. Successful participants will be notified Tuesday, March 27.

Each participant must raise a minimum of $350 towards the Brock team’s $6,000 goal. All funds will directly support the Habitat build.

The near $1-million project marks Habitat Niagara’s largest-ever single fundraising goal. Since its inception in 1993, the organization has built 57 homes in the region for families in need of decent and affordable home ownership.