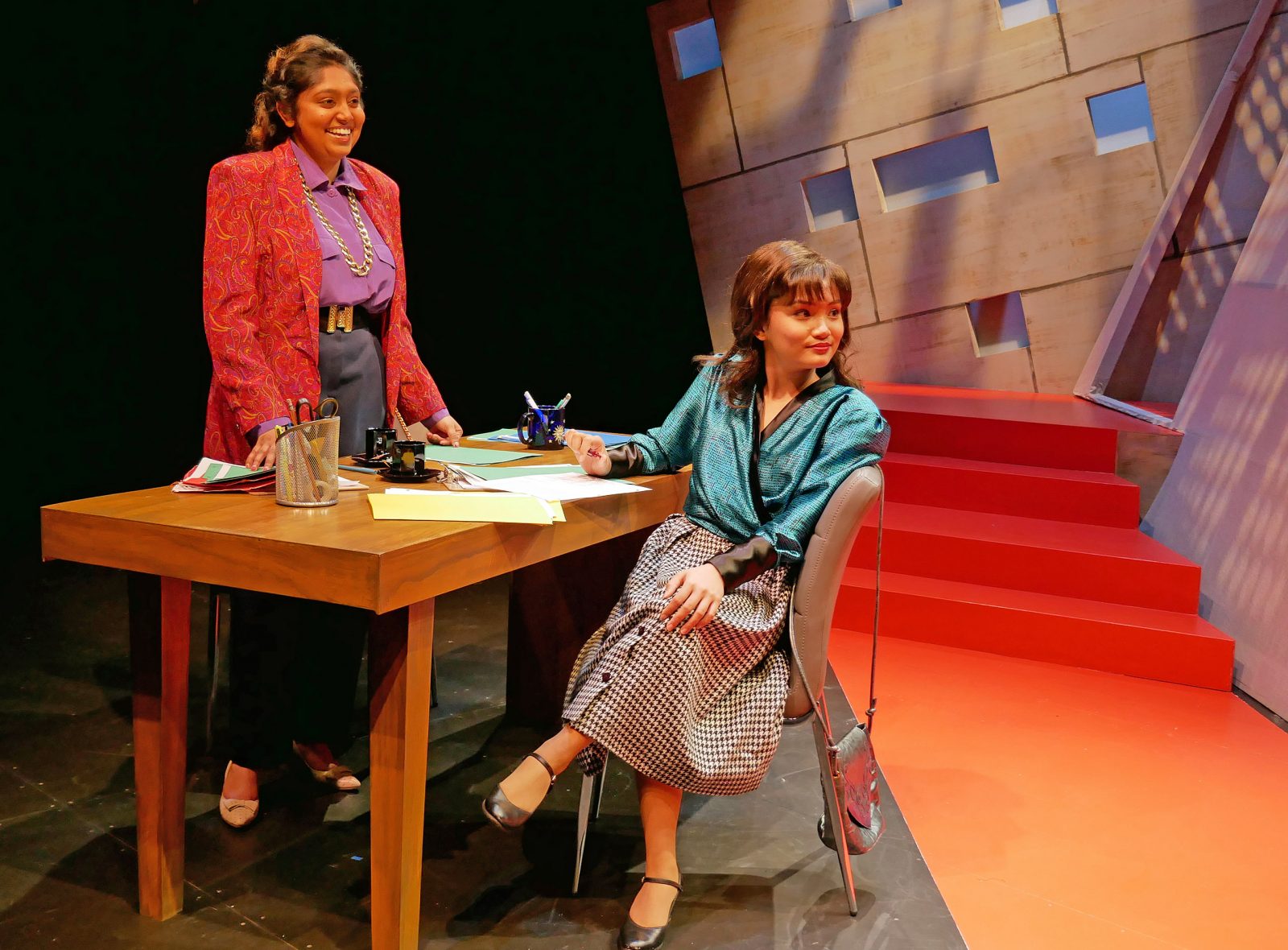 Brock Dramatic Arts students Manchari Paranthahan and Meryl Ochoa in the production of Top Girls playing at the Marilyn I. Walker School of Fine and Performing Arts March 2 to 10.

What would you sacrifice to get to the top?

That’s the question at the heart of Top Girls, a contemporary play that takes a critical look at women and their relationship to power and success.

First produced in 1982 and last seen in Niagara at the Shaw Festival in 2015, Top Girls by playwright Caryl Churchill will have an eight-day run from Friday, March 2 to Saturday, March 10 at Brock University’s Marilyn I. Walker School of Fine and Performing Arts in downtown St. Catharines.

The production is being presented by Brock’s Department of Dramatic Arts and is directed by Assistant Professor of Theatre Danielle Wilson. Top Girls tells the story of Marlene, a career-driven woman in 1980s London whose only interest is business success.

The plot takes Marlene to a dinner party with five women from history, literature and art, and as the drinks begin to flow, so do their stories of family, adventure and loss, which overlap in witty and humorous dialogue. Throughout the play, we also meet the real-life women in Marlene’s life who struggle to rise to the top of the corporate ladder, but are held back by lack of opportunity and the harsh competitiveness of the business world.

Top Girls examines themes that are extremely topical such as the challenges of working women who choose self-promotion and career over motherhood, family and domesticity. It highlights the contradictions between feminism and capitalism.

Tickets are $18 for adults, $15 for students and seniors, $10 for groups and $5 through the eyeGo high school program. They’re available through the FirstOntario Performing Arts Centre Box Office online, at 905-688-0722 and via email at boxoffice@firstontariopac.ca