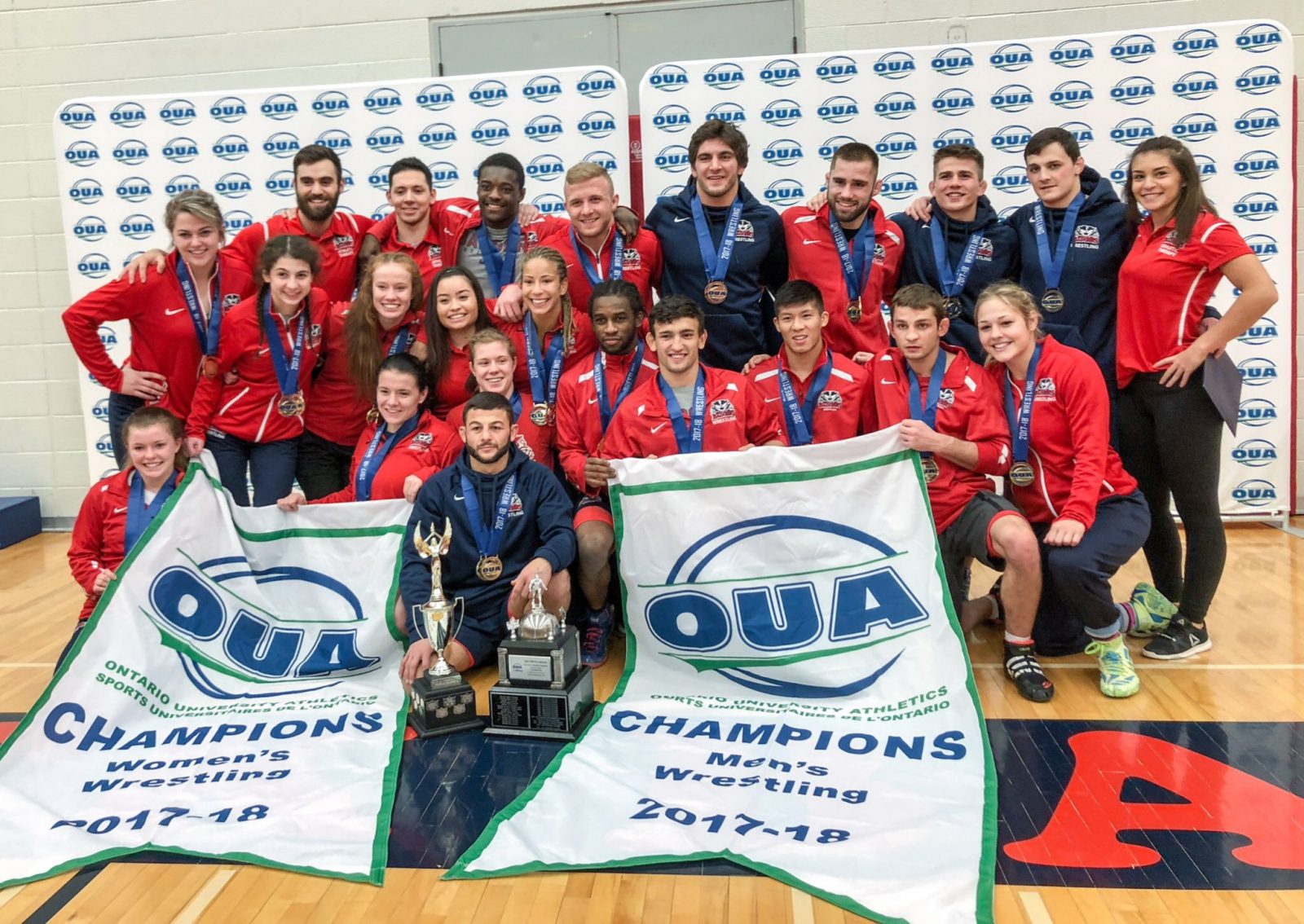 The Brock men's and women's wrestling teams won 16 of 19 gold medals over the weekend at the OUA championships hosted at Brock.

The Brock Badgers reminded the entire nation why they are the kings and queens of the wrestling mats.

The Badgers regained the No. 1 national ranking for both men’s and women’s wrestling Tuesday after the most dominant performance in the history of the Ontario University Athletics wrestling championships. While hosting the OUA championships last weekend, Brock won 16 of 19 gold medals en route to capturing both conference banners for the third-straight season.

In Tuesday’s USports national rankings, the Brock men’s basketball team remained at No. 2 in the country as they go into the final weekend of the regular season with a 20-2 record. With two regular season games remaining on the road at Western and Windsor, Brock has now won more games in a single season than ever before in school history.

Playoffs begin next week – Schedule TBD after this weekend